To honour this special anniversary, the Swiss luxury watchmaker is introducing the TAG Heuer Carrera 160 Years Silver Limited Edition with a design from the 1960s powered by a 21st century watchmaking innovation.

In 1860, TAG Heuer – known as Heuer at the time – was founded by Edouard Heuer in Saint-Imier, Switzerland. Over the past 160 years, much has changed but the brand’s commitment to innovating and developing cutting-edge watchmaking creations has remained constant. One collection that is set to receive special attention this year is the TAG Heuer Carrera line, which features the brand’s most elegant chronographs: iconic timepieces since their introduction almost 60 years ago, and which have carried the brand’s racing heritage and daring spirit through the decades. 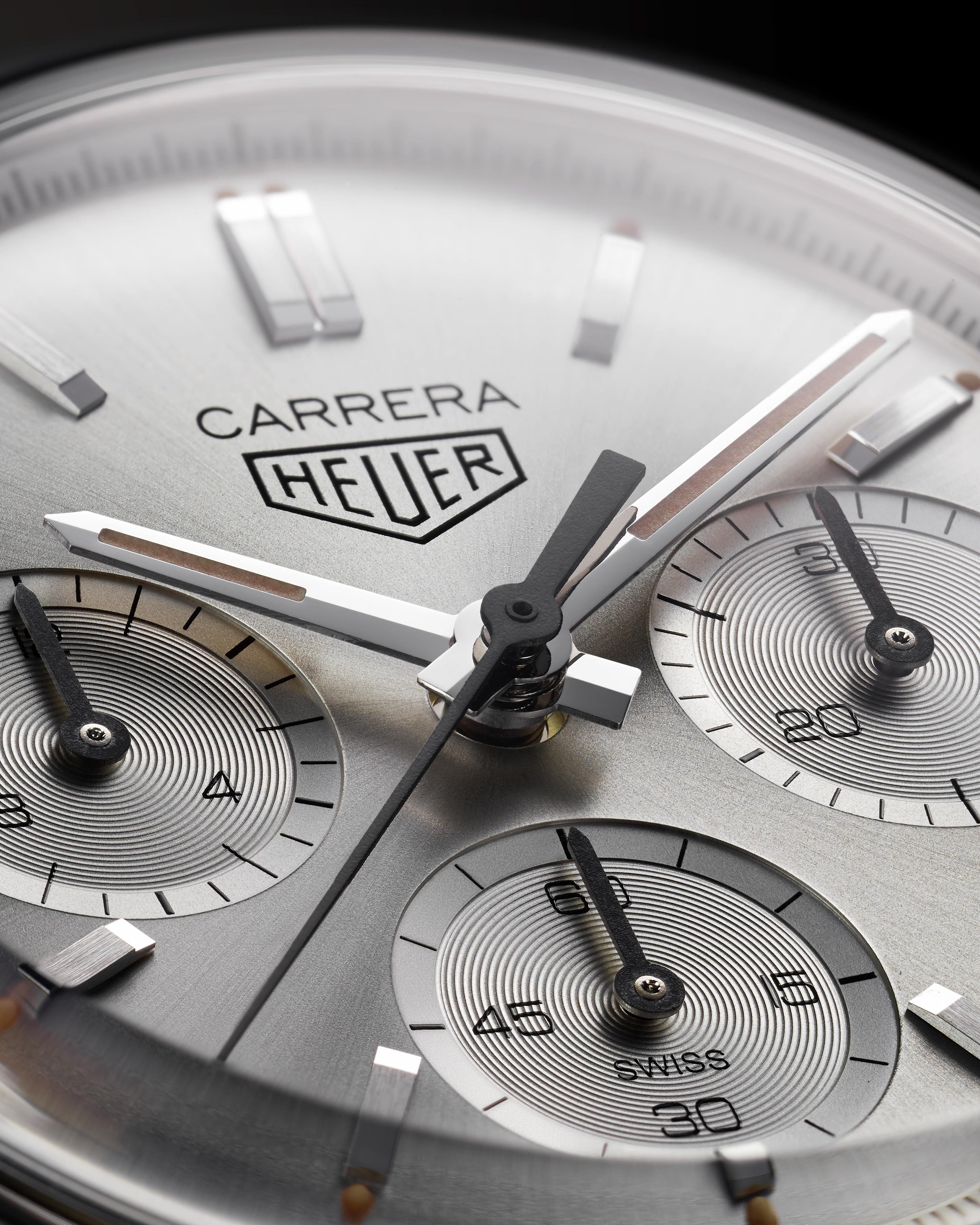 To kick off a year of tributes and celebrations, TAG Heuer is revealing a TAG Heuer Carrera 160 Years Silver Limited Edition, of which only 1860 pieces will be produced. It will be available worldwide to customers from June 2020.

Back in 1962, then-CEO Jack Heuer heard the story of the legendary Carrera Panamericana, one of the most treacherous road races in the world. The word “carrera”, which in Spanish means any and all of road, race, career and course, caught his attention: he knew immediately that this would be the perfect name for a new timepiece. The following year, the first Heuer Carrera chronographs left the factory.

As a lover of modern and clean design, Jack Heuer wanted the aesthetics of the Heuer Carrera chronograph to be pure and well-proportioned – features that make the watch perfect for drivers who need to see the time at a glance during adrenaline-pumping races. The renowned monochrome silver-dial model of 1964, with its three azurage counters and starburst silver-coloured dial, is a prime choice to honour the 160th anniversary of the brand. Often referred to as “2447S”, this model is now being re-introduced with some twenty-first-century updates.

The new stainless-steel chronograph features many of the same design highlights as its predecessor, such as an eternally elegant dial and polished case and pushers. However, the shape is slightly different and the timepiece now measures 39 mm instead of the original 36 mm. The permanent second indicator is at 6 o’clock instead of at 9 o’clock due to the difference in the construction of the Valjoux 72 from 1963 and today’s Heuer 02 movement. Another change from the original is the shape of the central hour and minute hands, which are now facetted and coated with beige SuperLuminova®. The unmistakable Carrera name and HEUER shield are printed on the dial, which is protected by a domed sapphire crystal that gives the watch a retro appearance reminiscent of the original Heuer Carrera. 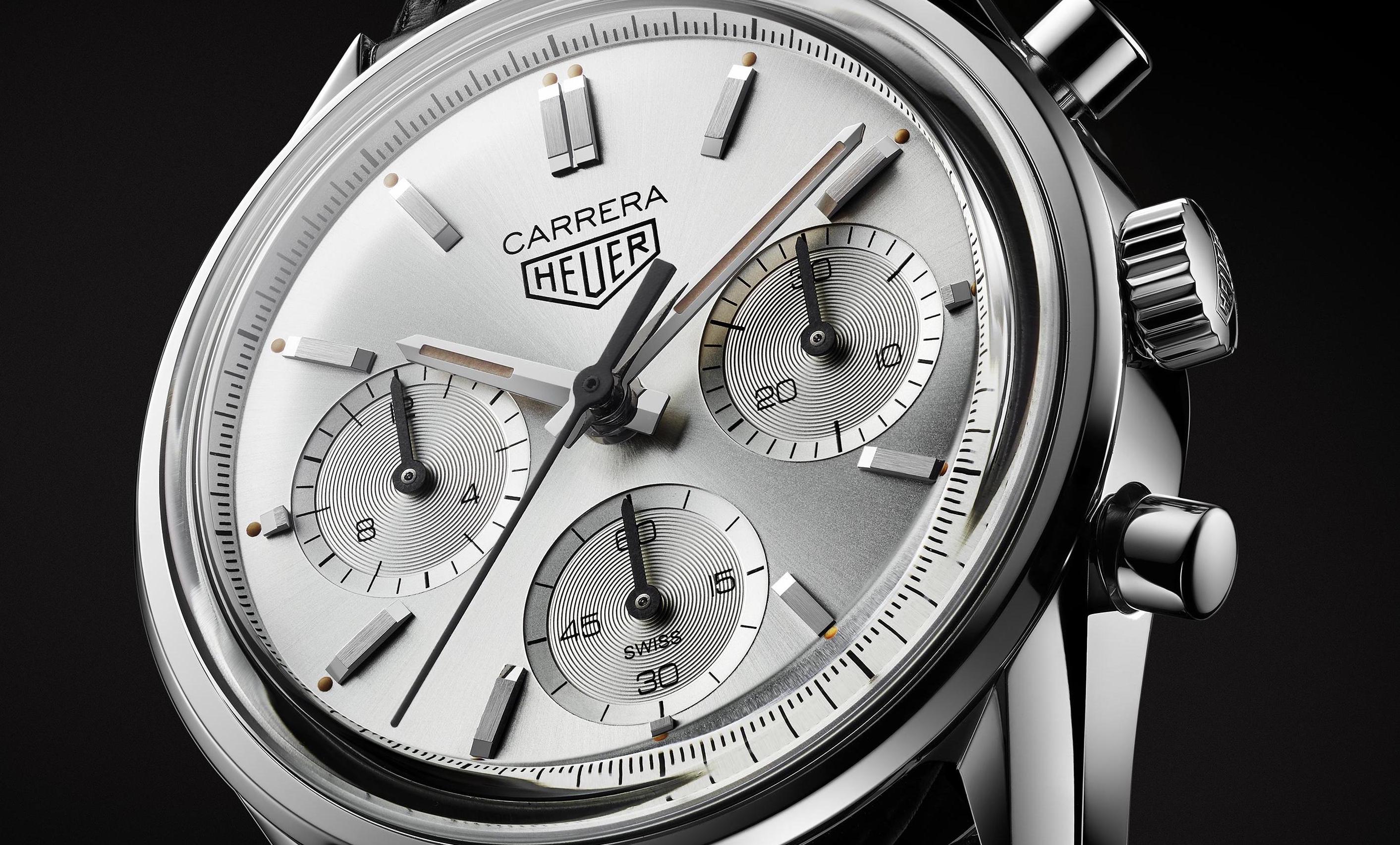 Presented on a black alligator strap, this model is limited to 1860 pieces – a nod to the year that Heuer was founded – and “One of 1860” and “LIMITED EDITION” are engraved on the case-back. The redesigned oscillating weight, visible through the screwed-down sapphire crystal, is adorned with a lacquer-filled engraving that distinguishes the timepiece as an anniversary edition. This model is presented in special packaging. 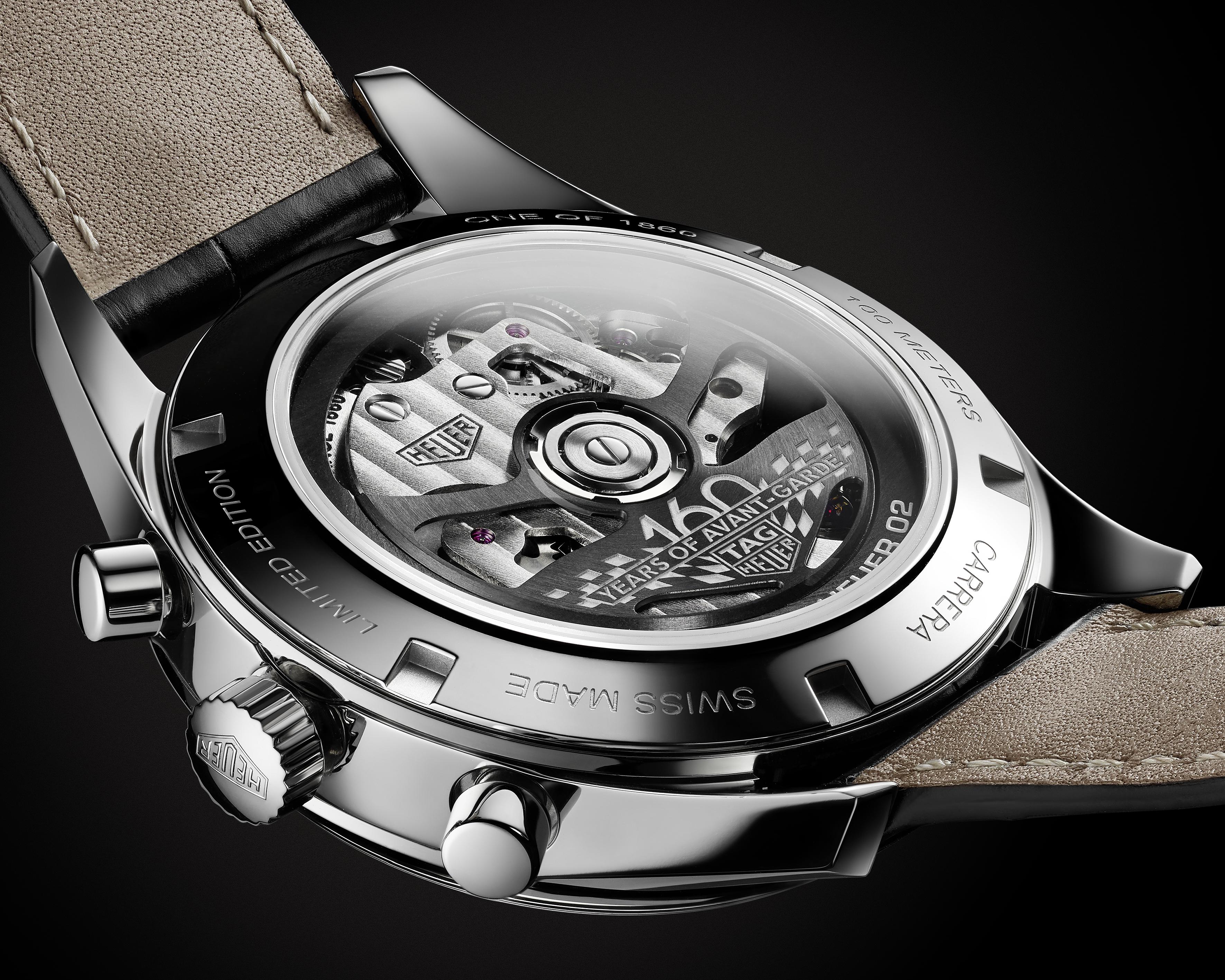 The TAG Heuer Carrera line has always featured the most advanced technology that the brand has developed. Possibly the most significant difference between the 2447S and the modern limited-edition model is the movement within the timepiece: the tribute model is powered by the brand’s Heuer 02 movement. This sophisticated in-house innovation is entirely Swiss-made in TAG Heuer’s Chevenez manufacture. It comprises 168 components, including a column wheel and a vertical clutch – signatures of improved chronograph timekeeping and high-quality manufacture movements – and boasts an impressive power reserve of 80 hours.