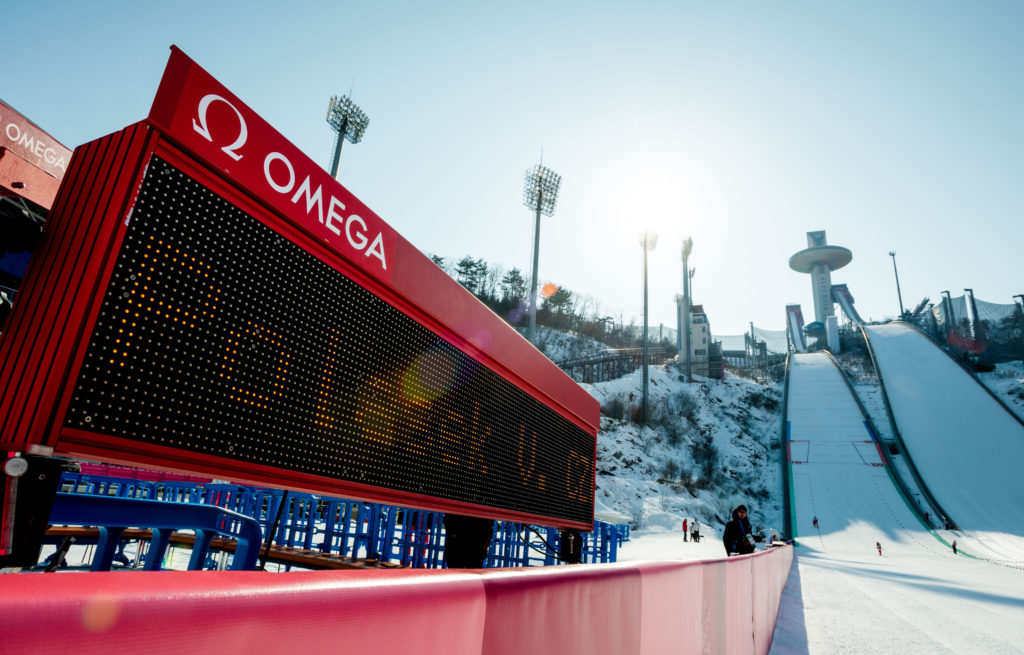 As the Official Timekeeper of the event, OMEGA has arrived at PyeongChang 2018 with 230 tonnes of timekeeping equipment. Some of this innovation is required at the Ice Hockey and Ski Jumping venues, where OMEGA proudly gave an insight into its vital role. 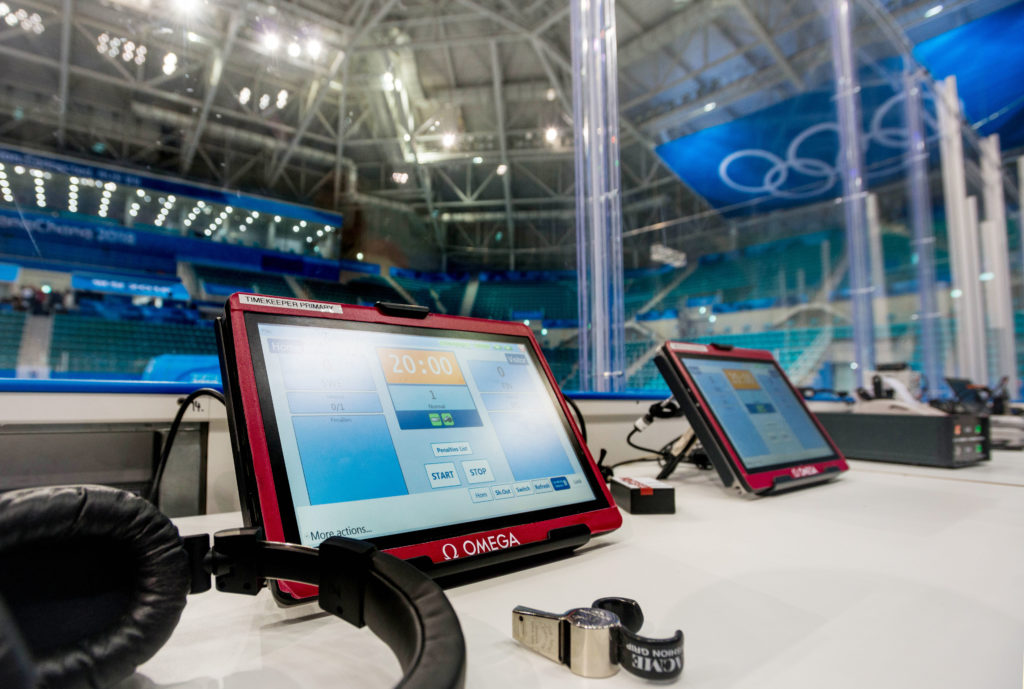 In the Ice Hockey, OMEGA will be on the ice with a range of important systems. Firstly, a timing bench, positioned on the sidelines, will relay all the necessary information and live times from each game to the scoreboards and beyond. This year at the Olympic Winter Games, OMEGA is also fitting each player with a motion sensor attached to their back. These devices will capture live in-game data and information that can be instantly sent to viewers at home or used in post-match analysis. Even the referee in Ice Hockey will benefit from OMEGA timekeeping, with a Whistle Detection System that allows the referee to communicate via microphone to the timing bench, and also stops the clock as soon as the whistle is blown (an advantage that is at least half a second faster than timekeepers can manually achieve). 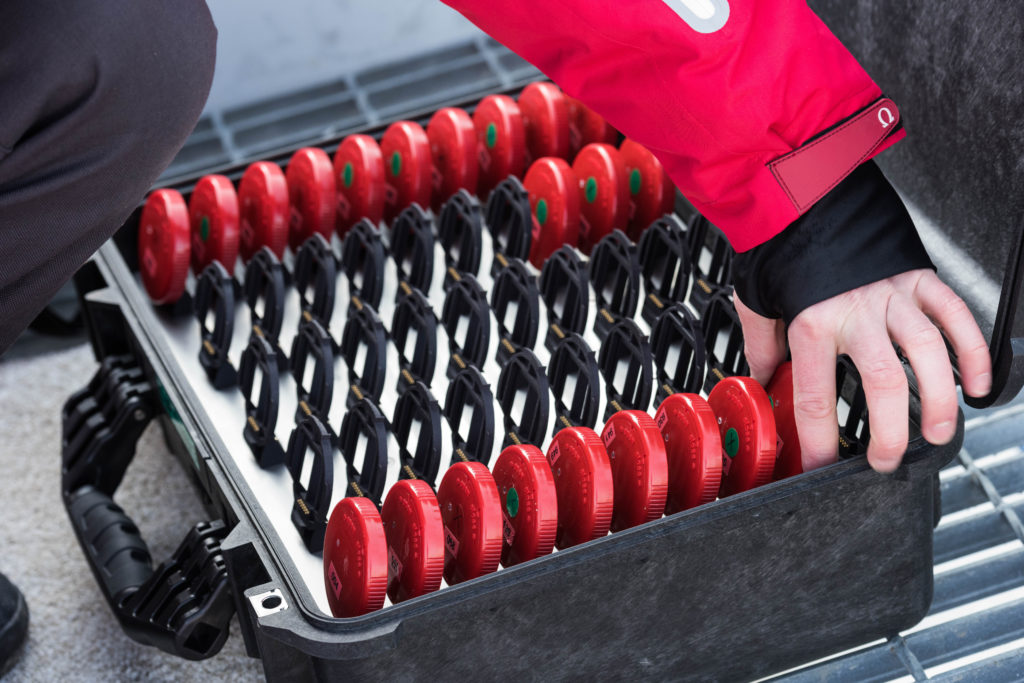 Similarly in Ski Jumping, OMEGA has a timing unit that will send instant results to the venue scoreboards and TVs at home. This year, motion sensors may be attached to the athletes’ skis, which will interact with a series of OMEGA antennas throughout the run. The sensors will capture and deliver a range of live information including speeds from “in-run” “take-off”, “at 20m” and “landing.” The system will also be able to measure many different jump techniques, even down to the various angles of the athletes’ skis.

For those watching PyeongChang 2018 at home or in the venues, it’s worth keeping an eye out for the work being done by OMEGA. The brand is critical to the success of the competition and is proud to be recording dreams.