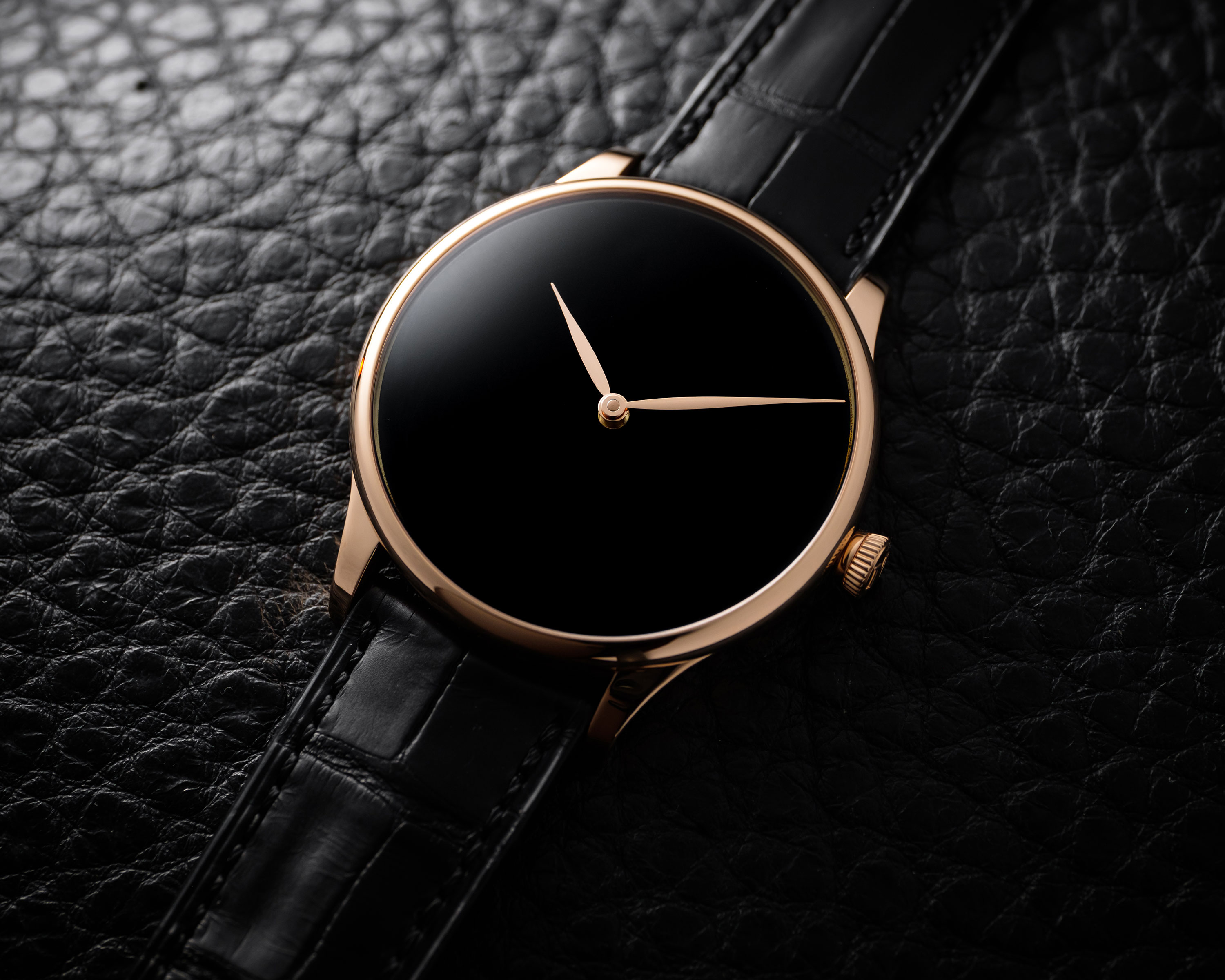 The Venturer Concept Vantablack® from H. Moser & Cie. combines the warm, gentle tones of 5N red gold with an ultra-black dial made from Vantablack®, an innovative material used in astrophysics.

The Schaffhausen-based Manufacture plays on the contrast between a high-tech material, which must be handled delicately, and a model with a neo-vintage look. Available as a Concept model, with neither logo nor indices, on a Venturer case 39 mm in diameter, this piece is a minimalist reinterpretation of the dress watch which takes elegance to a new dimension. 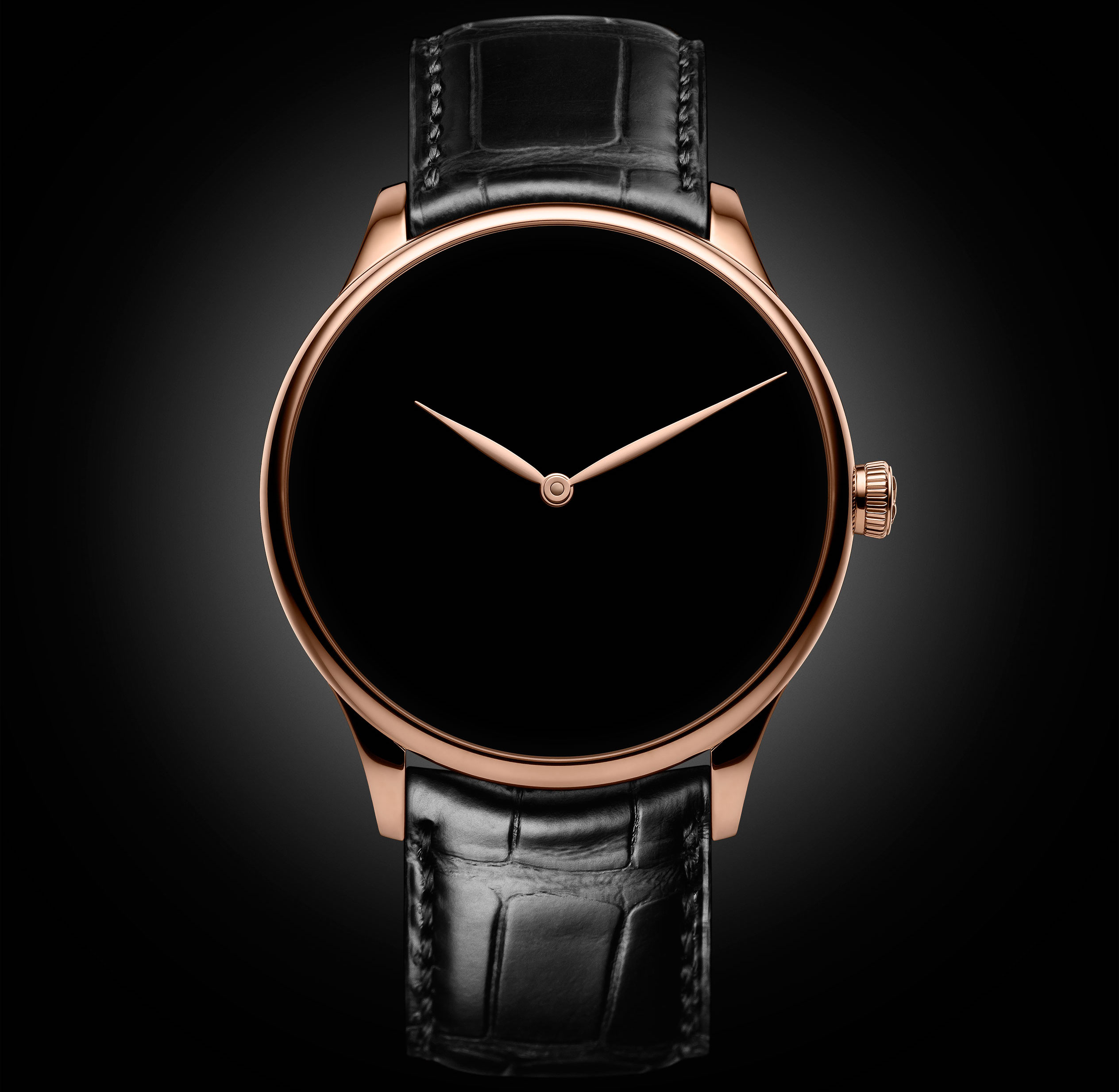 Regarded as the darkest substance in existence, its ultra-black coating, Vantablack®, is used in astrophysics in telescopes and by the army as thermal camouflage. It is composed of carbon nanotubes that are vertically aligned next to each other and is capable of absorbing 99.965 % of light. It is this material that H. Moser & Cie. chose for the dial on its Venturer Concept Vantablack®. This astral, abyss-like black, which reflects no light, appears to stunning effect on a Concept dial, with neither logo nor indices. The case, whose convex shapes evoke the 1960s and the Bauhaus movement of the 1940s, plays the neo-vintage card while showcasing a round design inspired by historic pocket watches. Measuring 39 mm in diameter, the case is made from 5N red gold which emphasises the pitch black dial in a combination that redefines elegance. The understated look of the Venturer Concept Vantablack® is the perfect illustration of H. Moser & Cie.’s acclaimed style – minimalist luxury which is unmistakeable and immediately recognisable. 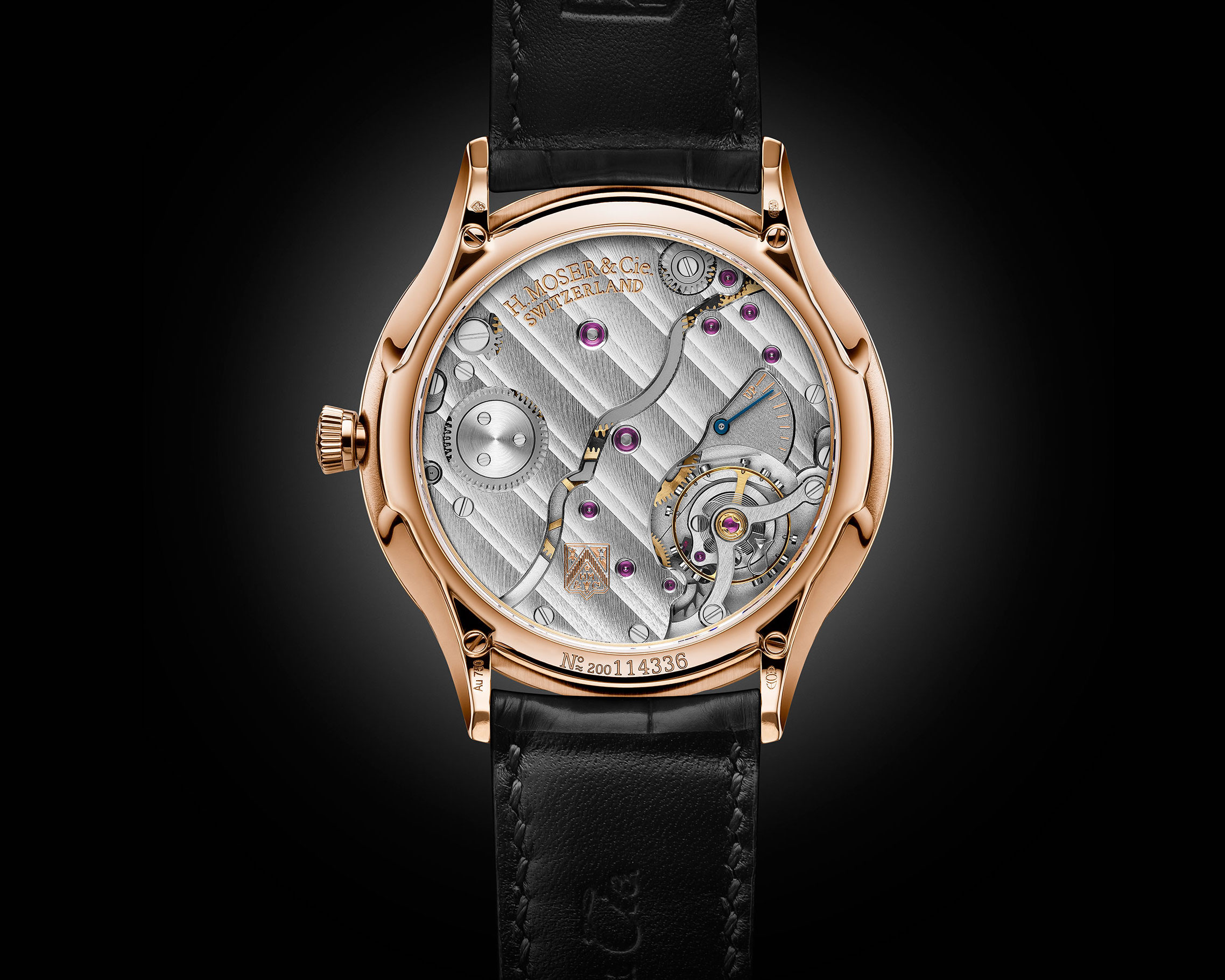 At the heart of the Venturer Concept Vantablack® case beats the HMC 327 hand-wound Manufacture calibre with small seconds. Visible through the sapphire case-back, this movement is equipped with an escapement with a bi-directional screw, developed and manufactured by Precision Engineering, the sister company of H. Moser & Cie. The HMC 327 calibre guarantees a minimum 3-day power reserve, displayed on an indicator on the reverse side of the watch, to preserve the refined elegance of the dial.

For the strap, H. Moser & Cie. opted for black alligator – the finishing touch for a timeless piece which is refined with just a touch of irreverence. Traditional without being conventional, it displays the subtlest hint of sexiness. It is a reinterpretation of the dress watch, the must-have piece, the watch equivalent of the little black dress. A model which is highly likely to draw many stars into its orbit. 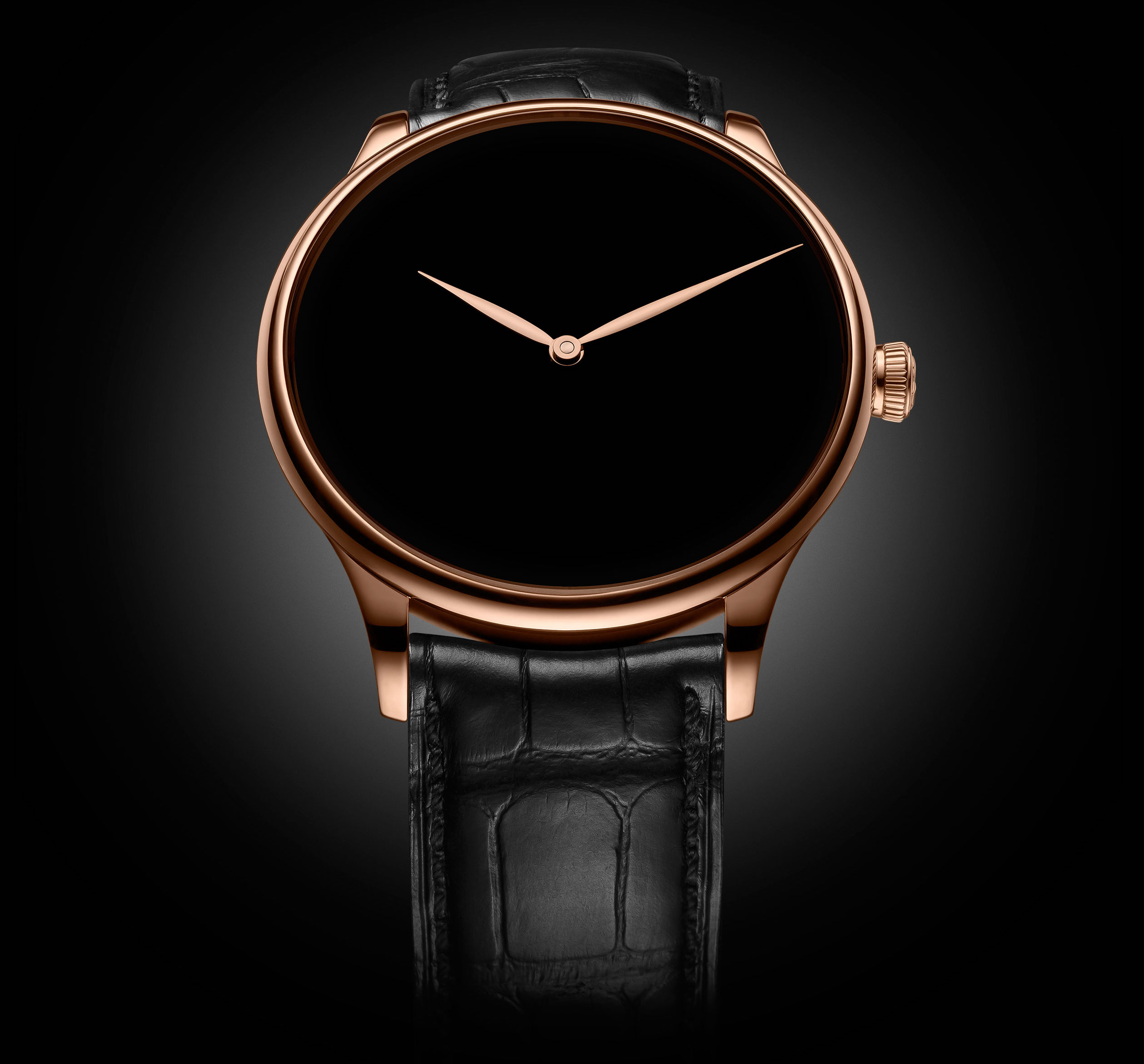