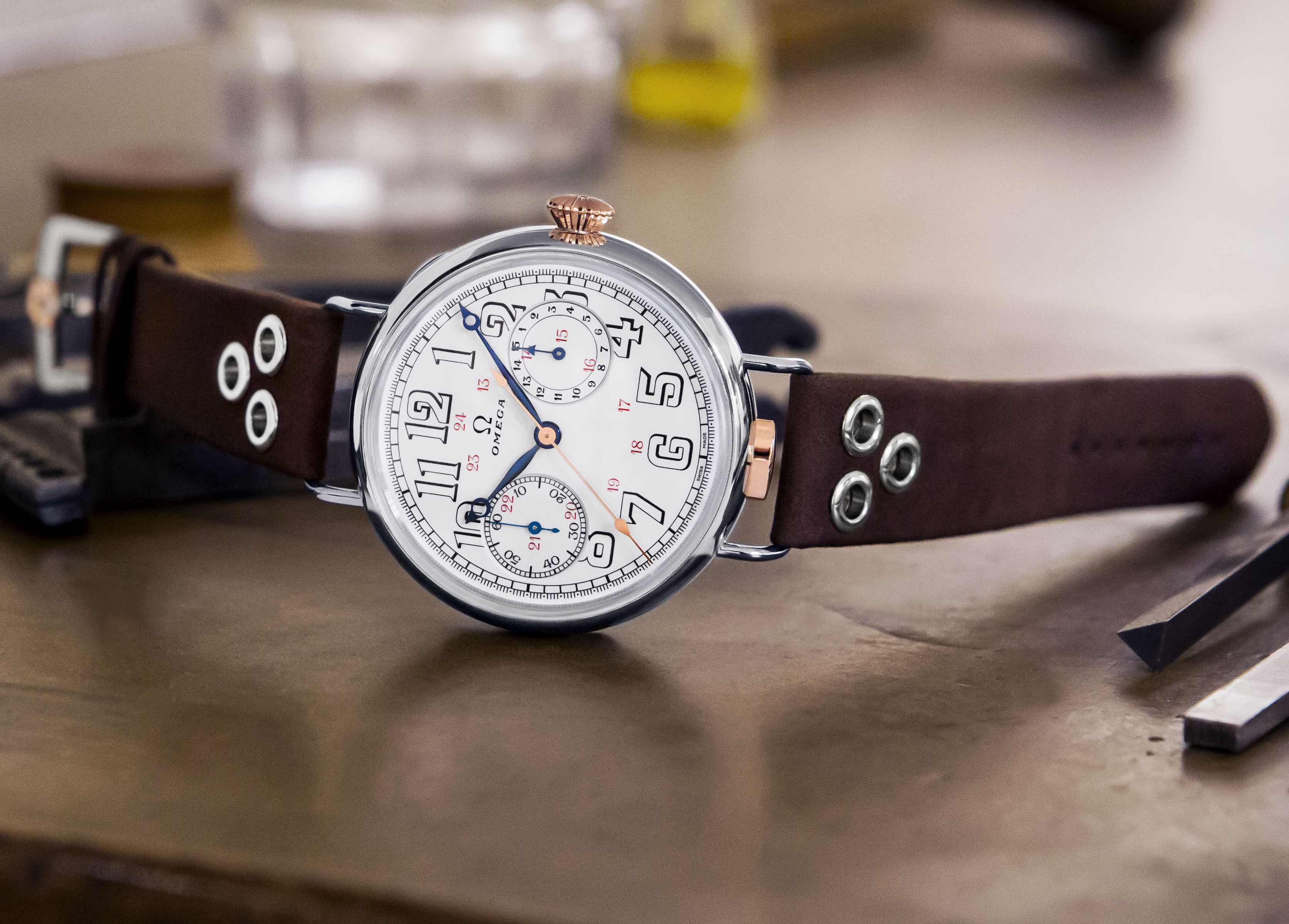 For OMEGA’s latest creation, the brand has reintroduced a real piece of watchmaking history! The “First OMEGA Wrist-Chronograph Limited Edition” is an ambitious new collection comprising of just 18 watches – with each one housing an original 18’’’ CHRO calibre from 1913.

Through a special and dedicated process, the prized calibres have been delicately refurbished by the experts at OMEGA’s Atelier Tourbillon and given a new lease of life for use inside these new Limited Edition models.

The “First OMEGA Wrist-Chronograph Limited Edition” was proudly launched at the brand’s “Museum Night” in Biel, Switzerland on July the 2nd.

Raynald Aeschlimann, President and CEO of OMEGA said, “In all my years at this company, I’ve never seen a project quite like this one. The movements are 105 years old, but now their story is set to continue. The skill involved in the refurbishment and craftsmanship is remarkable and we’re very proud to now share the results.” 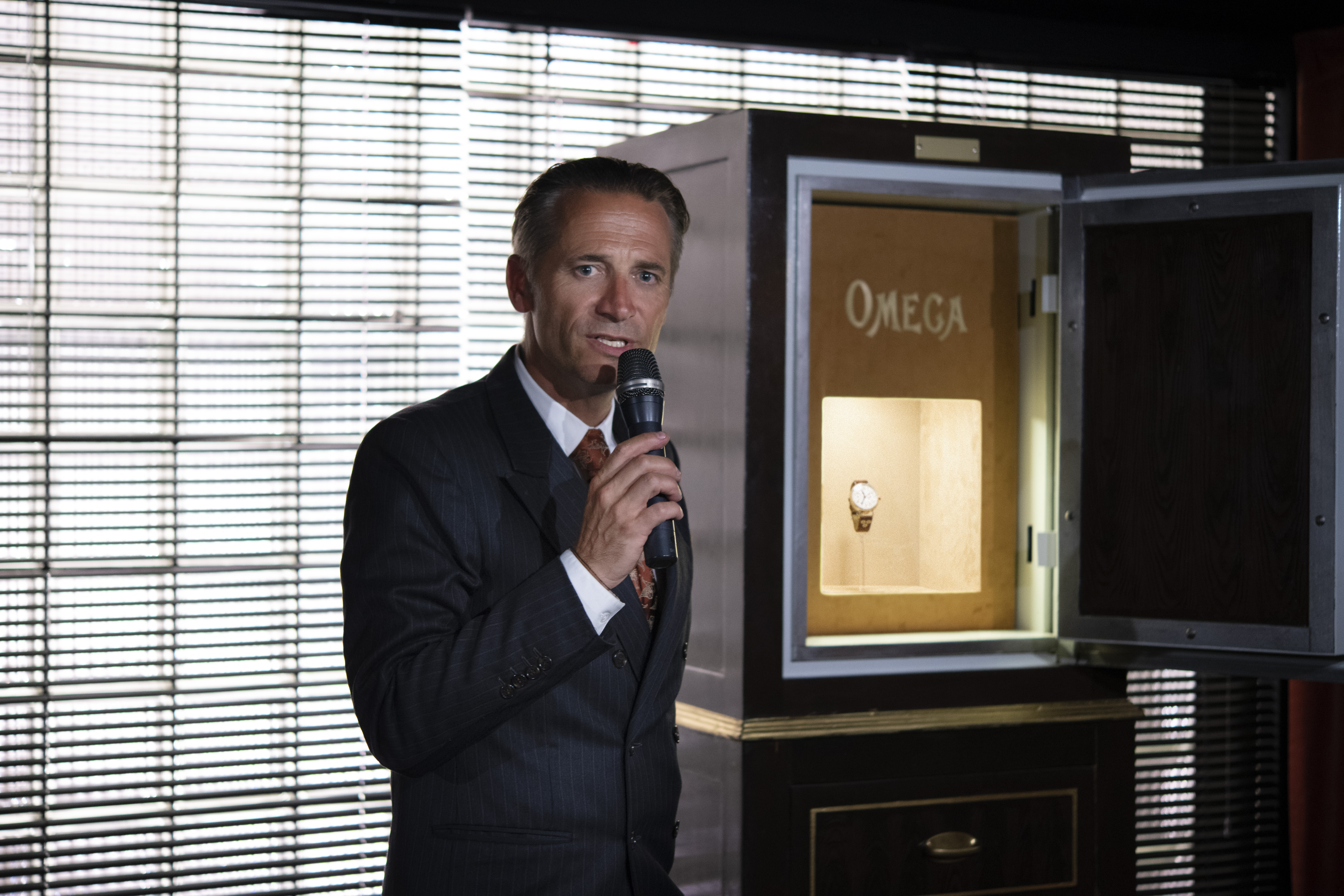 In 1913, OMEGA became one of the world’s earliest producer’s of wrist-chronographs and the acclaimed 18’’’ CHRO calibre was integral to that achievement. For today’s project, the OMEGA Museum played a significant role in supplying the 18 original 18”’ CHRO calibres, which were retrieved from heritage timepieces within their vaults.

For the outside design of the 47.5 mm timepieces, OMEGA has followed the look of an OMEGA wrist-chronograph from 1913, with classic details such as the riveted leather strap and the white enamel dial with blued “Empire” hands and hollow Arabic numerals.

Modern materials have also been included, such as 18K white gold for the case, and 18K Sedna™ gold for the crown and pusher. The classic design also features a hatched caseback, which can be flipped open to reveal the refurbished movement positioned behind sapphire-crystal. 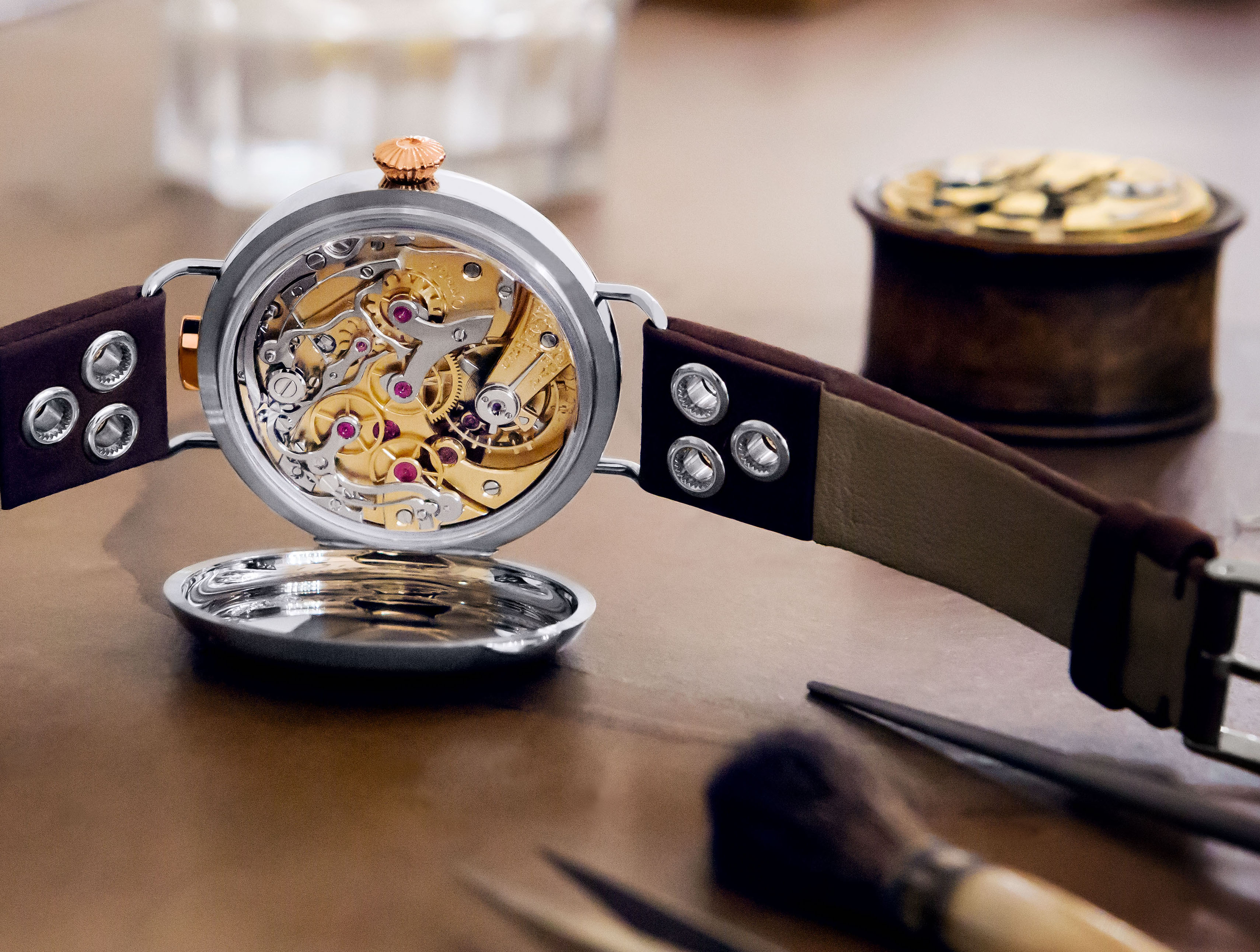