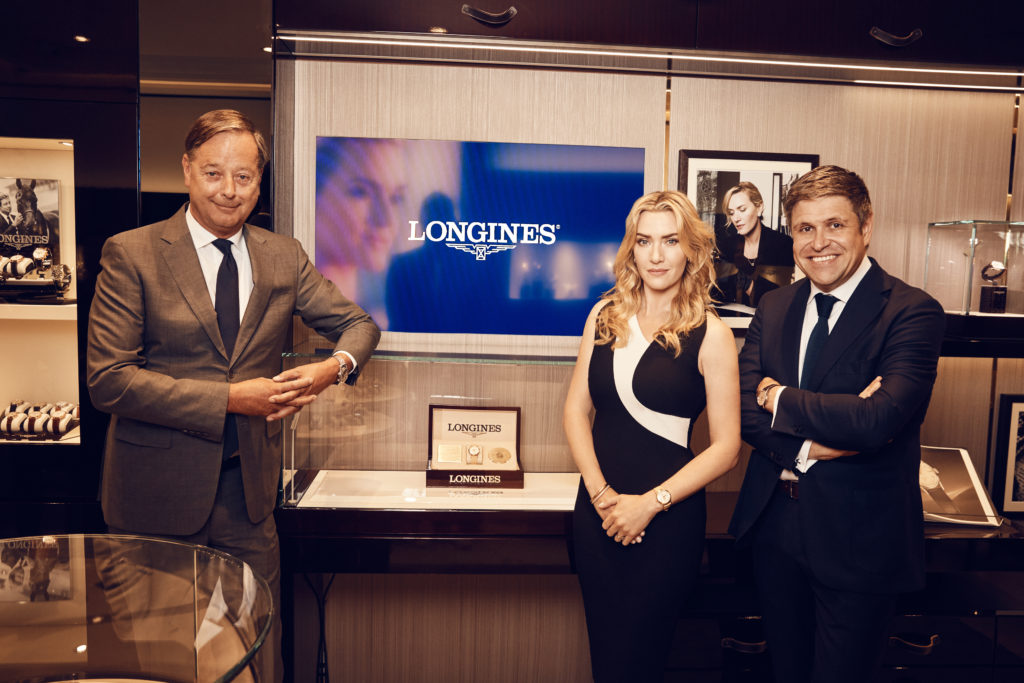 In its boutique located at Faubourg Saint-Honoré in Paris, the Swiss watchmaker Longines, with the participation of its Ambassador of Elegance Kate Winslet, presented the Flagship Heritage by Kate Winslet watch.

Three models of this exclusive gold watch, which was produced in a very limited edition and named after the brand ambassador, will be auctioned online for the benefit of The Golden Hat Foundation, a charity co-founded by the British actress. 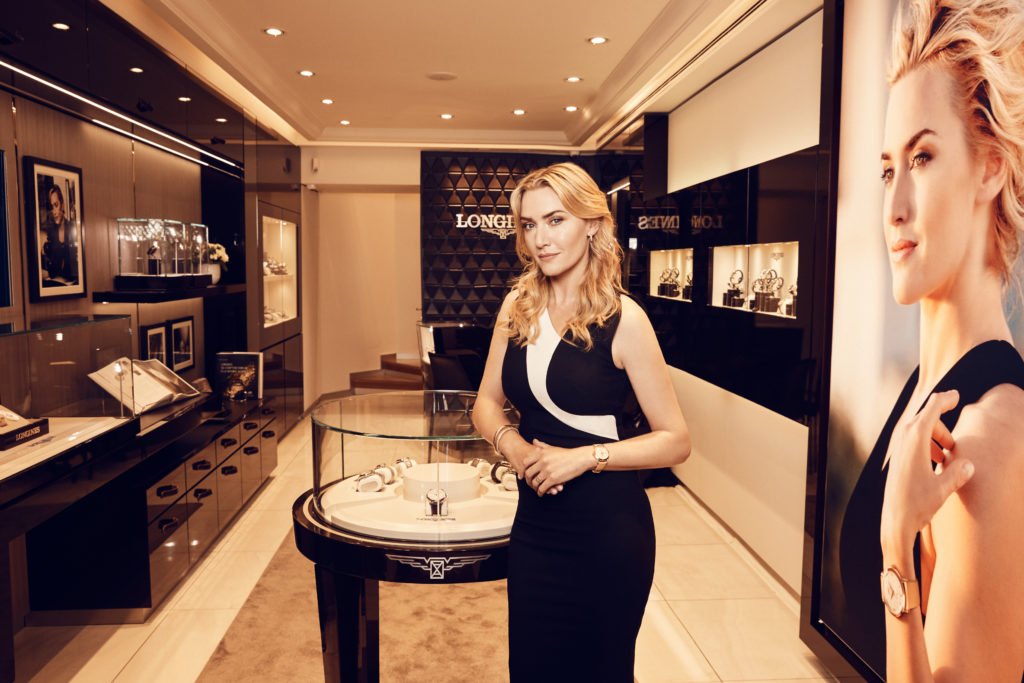 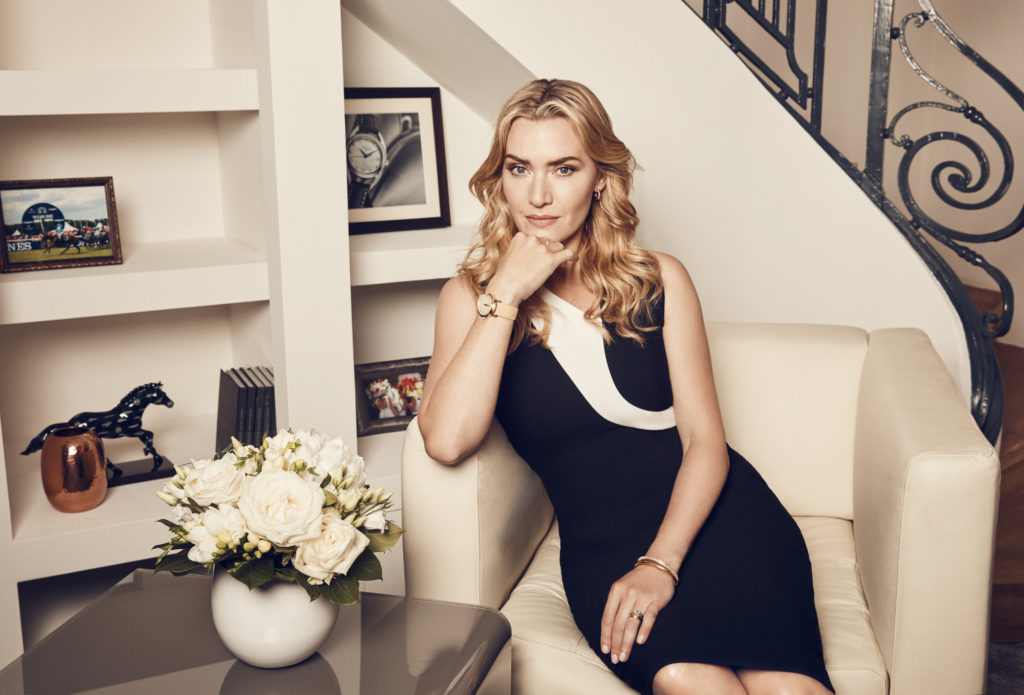 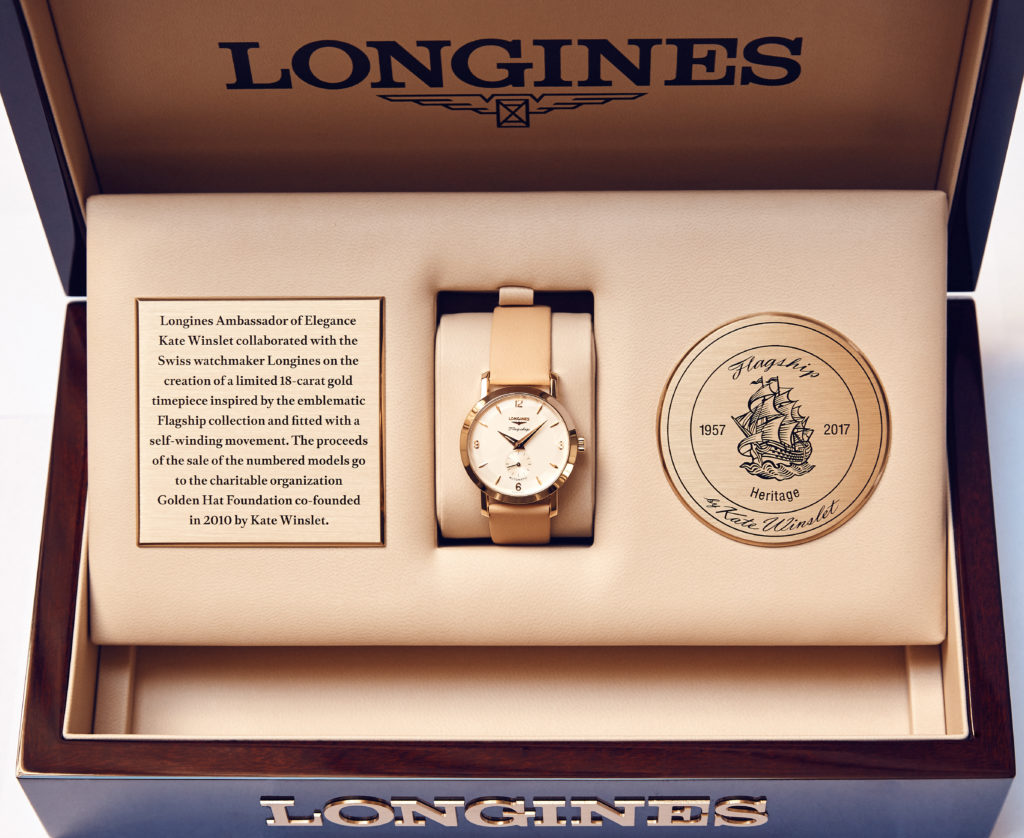 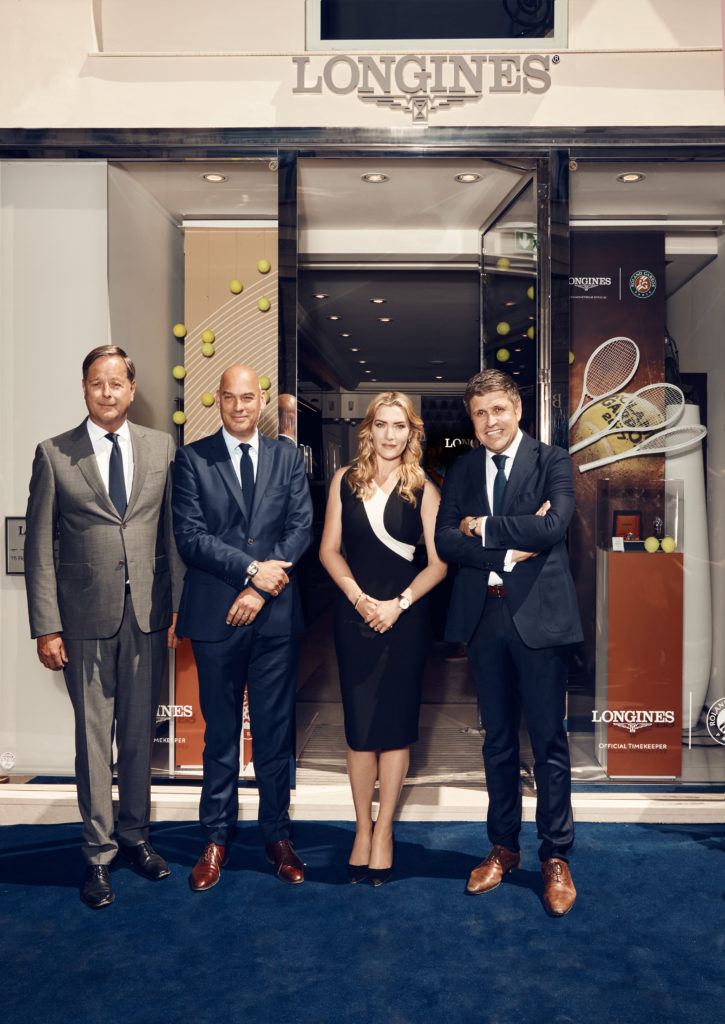 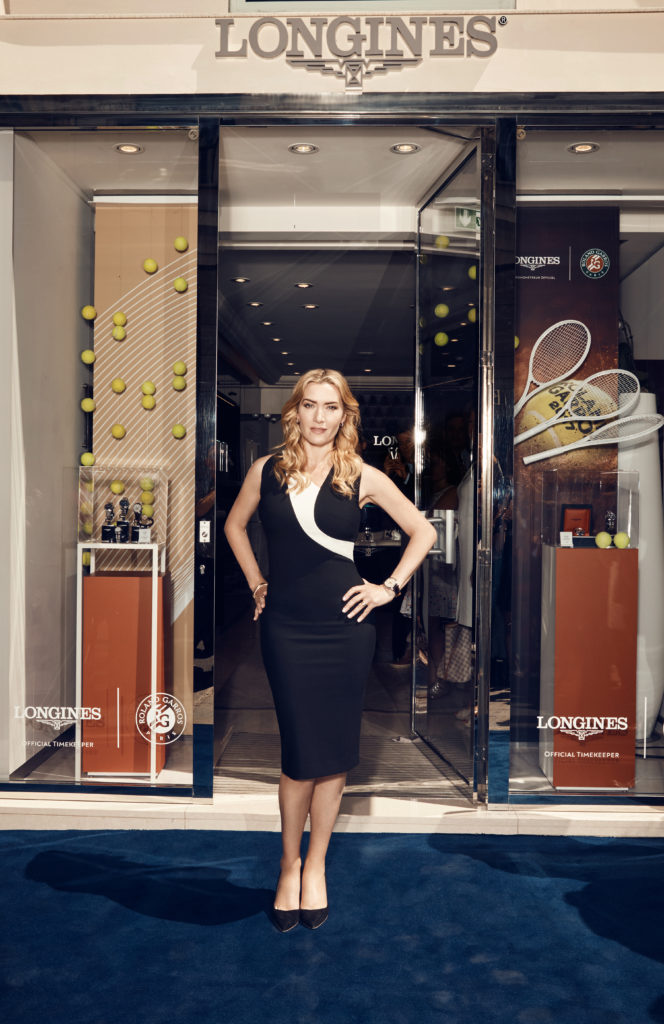 The Flagship Heritage by Kate Winslet watch is the result of a common project for the benefit of the Golden Hat Foundation, a charity co-founded by Kate Winslet, which is dedicated to changing the way people on the autism spectrum are perceived. During a visit to the brand’s headquarters in Switzerland last year, the actress chose the dial, the case and strap of the watch. Five gold pieces have been produced and named after the brand ambassador.

The models numbered 2/5, 3/5 and 4/5 will be auctioned for the Foundation. The auction will take place online at https://www.longines.com/auction from 10 June at 6pm CEST to 30 June 2017 at 5:59pm CEST. The first remaining timepiece will be presented to Kate Winslet and the second will be kept in the Longines museum, located at the company’s headquarters, in Saint-Imier, Switzerland. 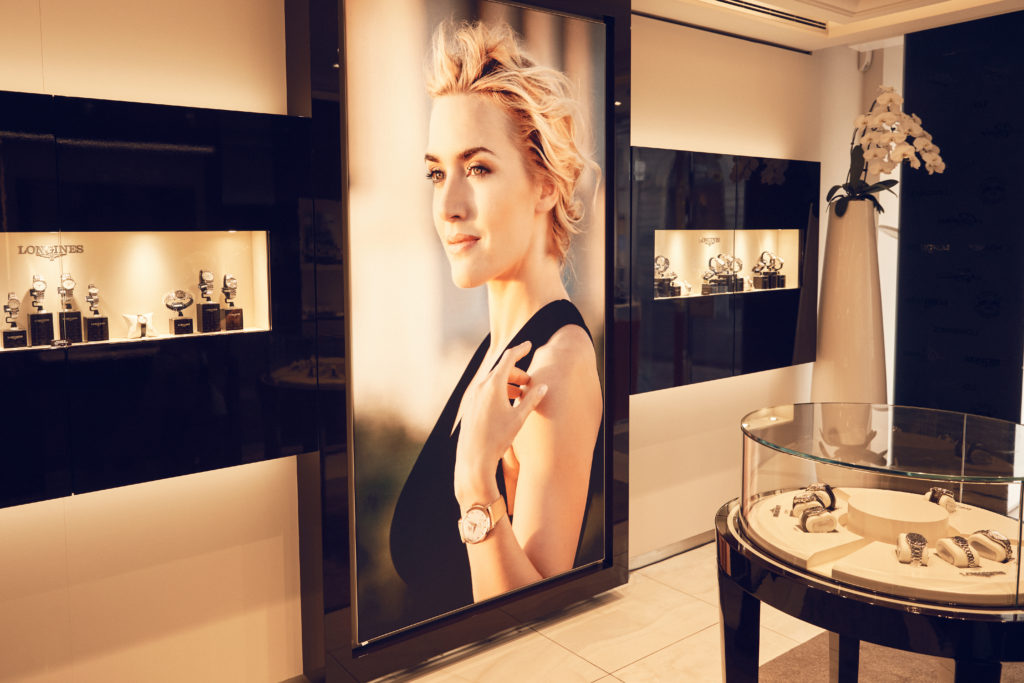 The award-winning actress, who joined Longines in the French capital to unveil the new watch model, shared her enthusiasm about their common initiative for the Golden Hat Foundation: “I was given the permission to choose a watch, which was designed specifically for the Golden Hat Foundation. The style of the model really appealed to me and I instantly fell in love with  it. All the profits of the selling of the model are going directly to the Foundation. This project with Longines is helping raise awareness about a particular cause dear to my heart. Thanks to Longines’ involvement and the generosity of the donators, the Foundation will keep on working towards achieving its goals.”

Juan-Carlos Capelli, Vice President of Longines and Head of International Marketing, stated: “Longines is honoured to have been given the opportunity to help the Golden Hat Foundation. We sincerely hope that the generous purchasers of the Flagship Heritage by Kate Winslet timepieces will be proud to own an exclusive Longines watch as well as contribute to the charity’s cause. The values of our brand have always led us to serve philanthropic purposes. Social responsibility remains today one of our priorities. Kate Winslet’s inspiring commitment truly translates our motto and philosophy of ‘Elegance is an Attitude’.”