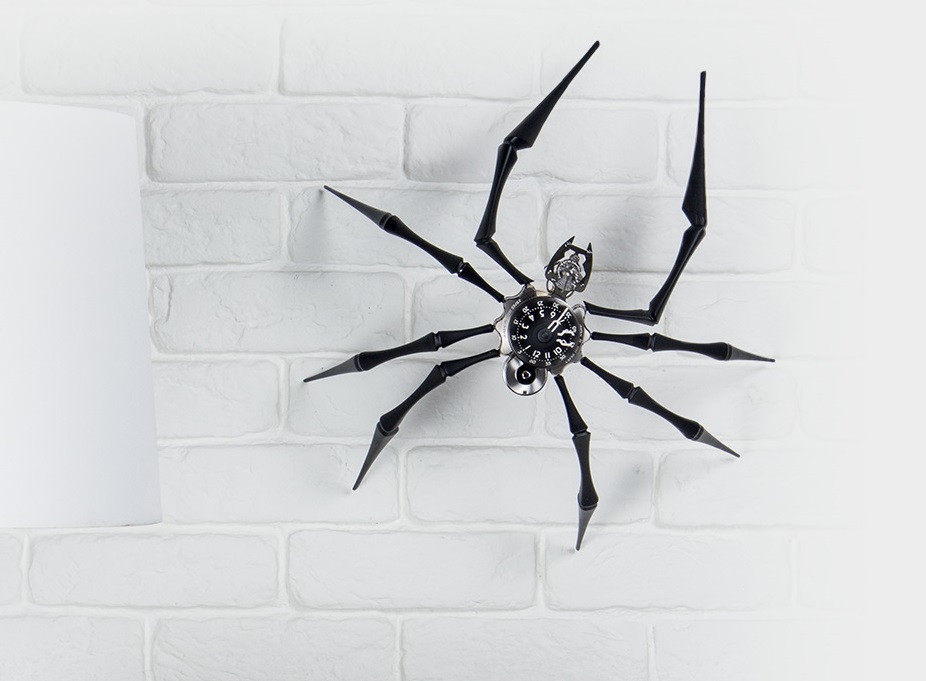 The latest horological creation by MB&F. This is a table clock connecting the creative imagination with the mechanical functionality.

Basically, this whole table clock takes its inspiration from the giant spider sculpture created by the Louise Bourgeois. It was called Maman, which means in French – mother. The figure was really huge measuring 9.27 x 8.91 x 10.24 meters. This concept is way smaller than its precursor, it is just 203mm high, but it’s still the same amazing. 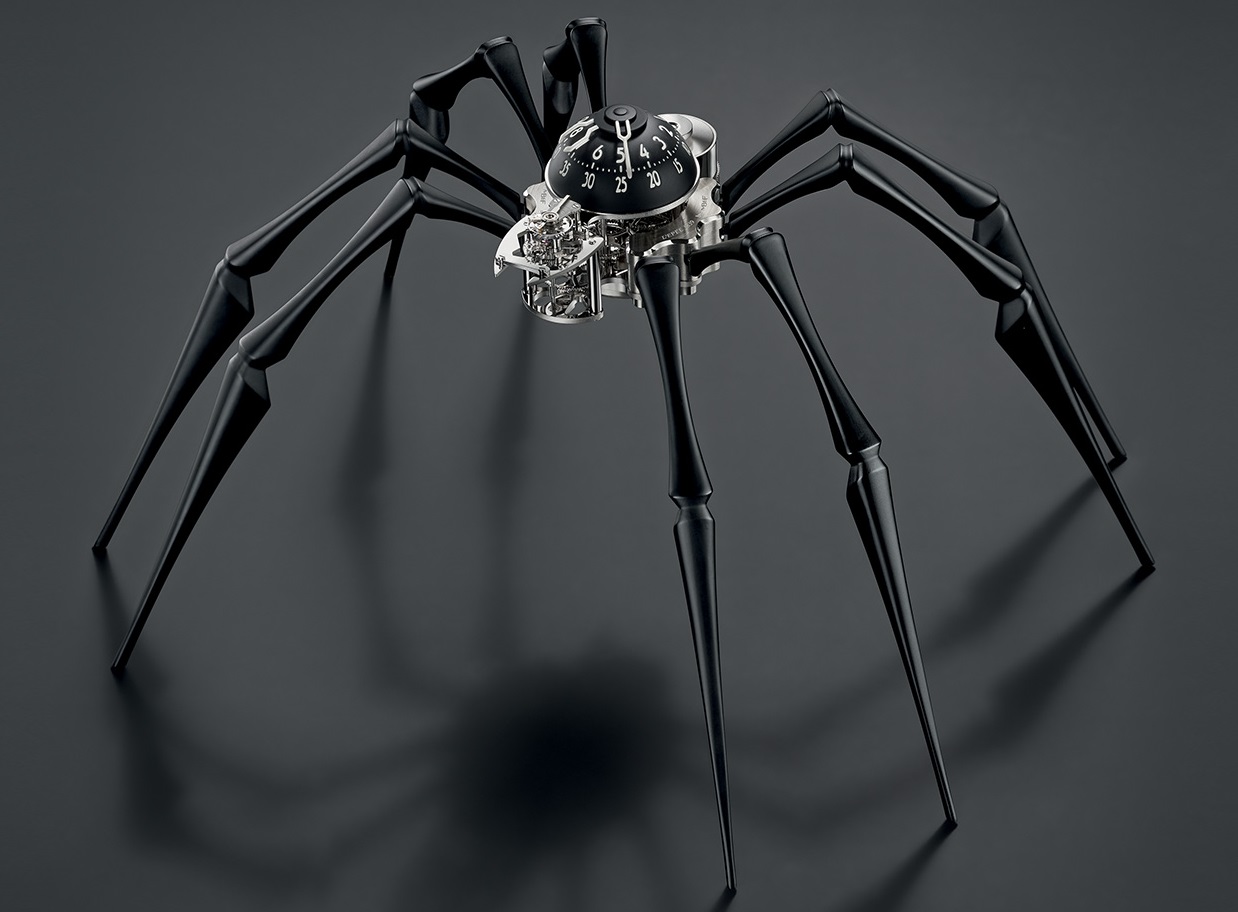 Despite, the fact it seems to show the time as its the horological product, this concept is the real piece of the modern art. It looks phenomenal, when hung on the wall and it is kept by the bracket.
MB&F has created this incredibly looking work of art with the top-line L’Epée clock movement and reinterpretting into the form of spider’s head and torso. 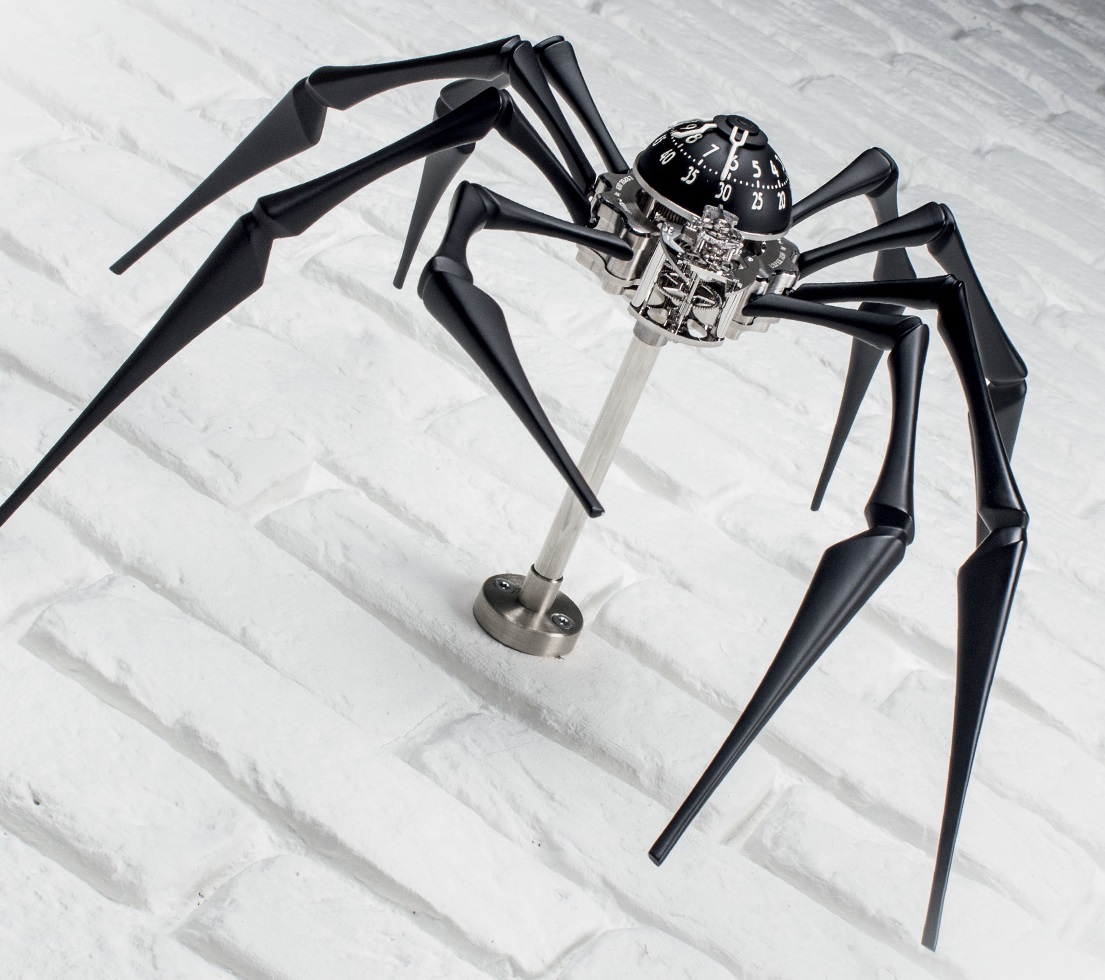 Starting from the spider’s head, on which the balance wheel and the escapement are situated, this horological spider bears the black-domed torso presenting the horological complications in the characteristic for the MB&F way. These functions are hours and minutes and I am not sure if the time scale is luminescent. At the spider’s abdomen, we can notice a pretty huge mainspring barrel with the long power reserve, which is about 8 days. 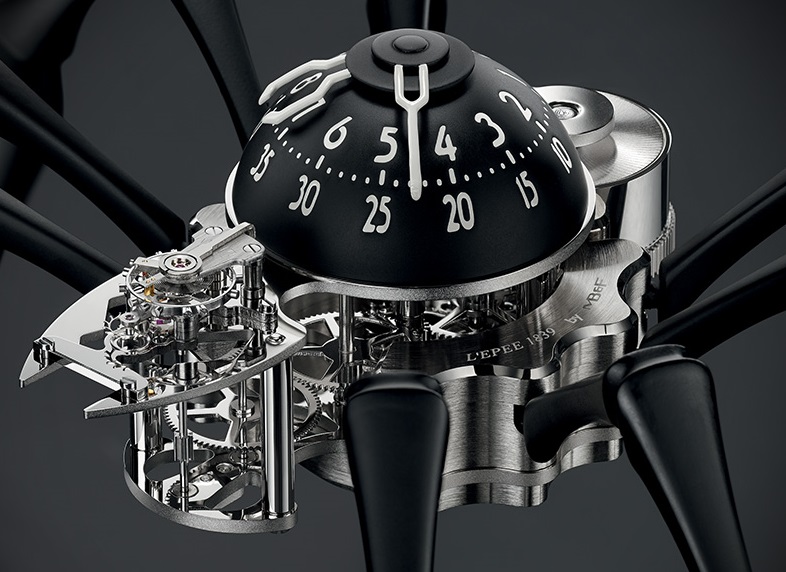 The movement is finished in the palladium-plated brass (black version) or gold-plated brass (gold version). It operates at 18,800 vph and consists of 213 components and 11 jewels.

This Arachnophobia Table Clock looks really scary and tempting, thanks to the 8 eight, which are molded incredibly realistic. 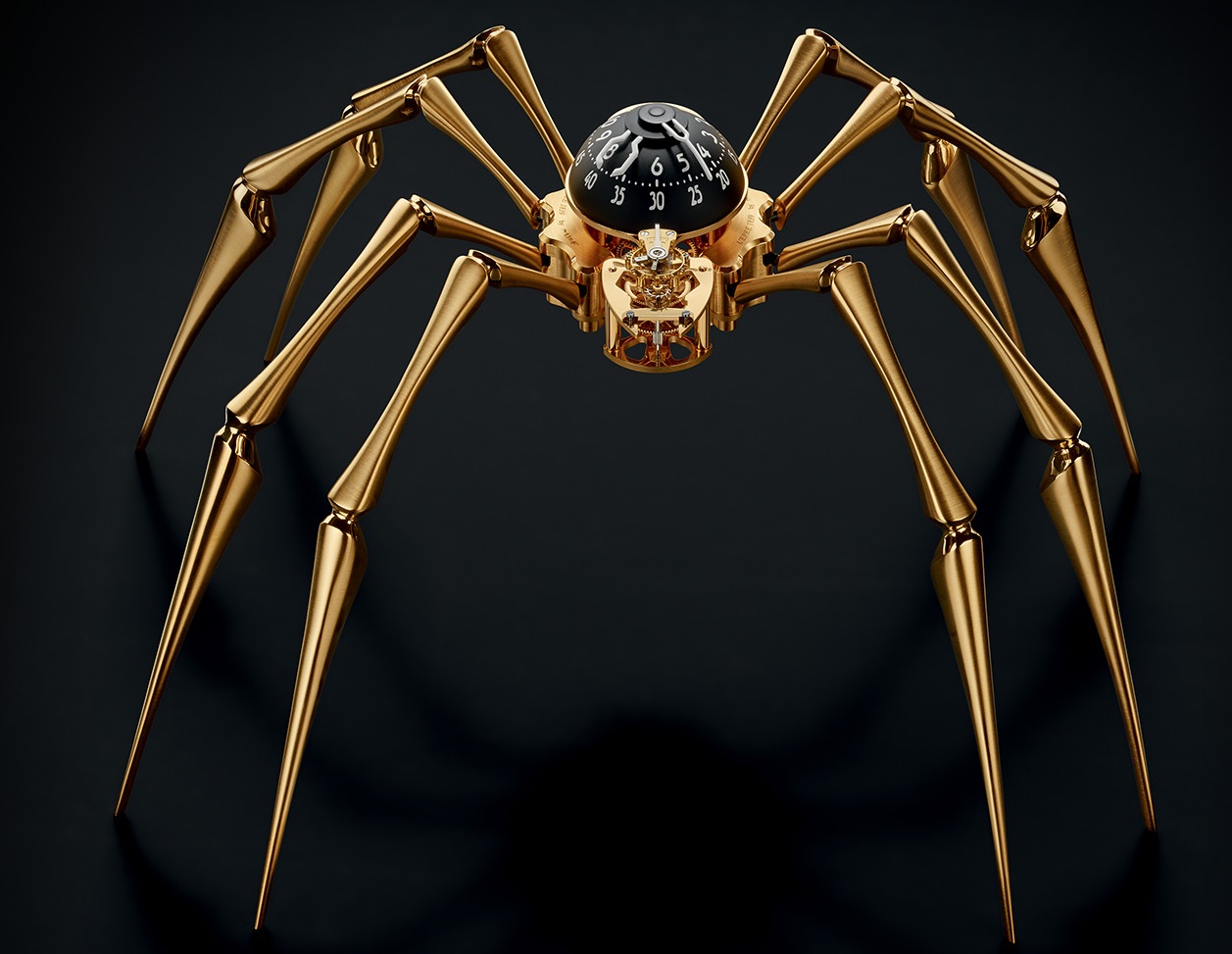 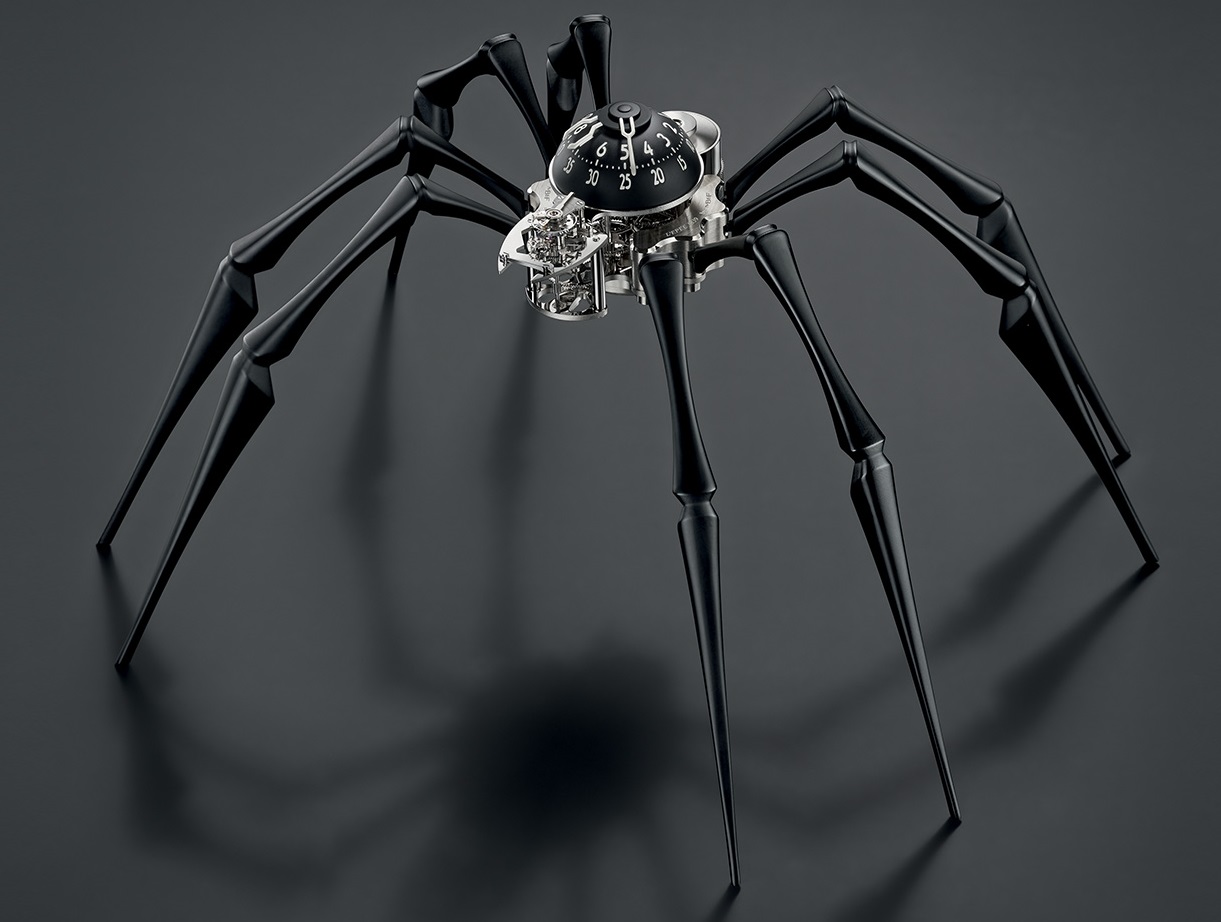