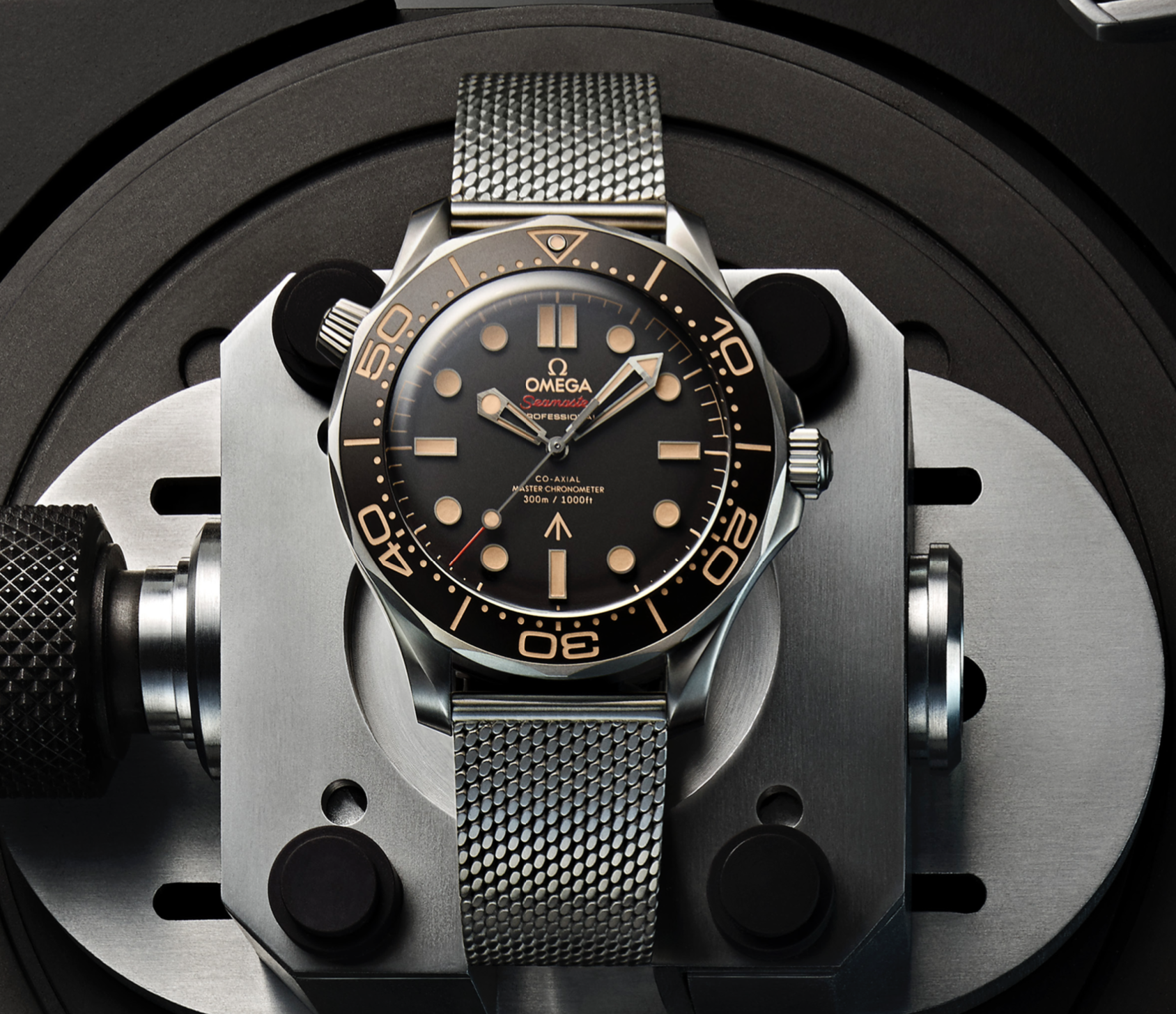 Omega is delighted to unveil 007’s newest timepiece that will feature in the 25th James Bond film, No Time To Die, set to arrive in cinemas in April 2020.

Appearing on-screen will be a thrilling new Seamaster Diver 300M 007 Edition. First launched in 1993, the Diver 300M has built its legacy with real-life divers and style aficionados, as well as becoming the quintessential wrist-wear of James Bond.

Omega has worked closely on the development of the Bond watch with Daniel Craig and the filmmakers, whose knowledge of James Bond has brought invaluable insight to Omega’s watch developers and designers. Daniel Craig’s own experience as 007 has also influenced this exciting final design. 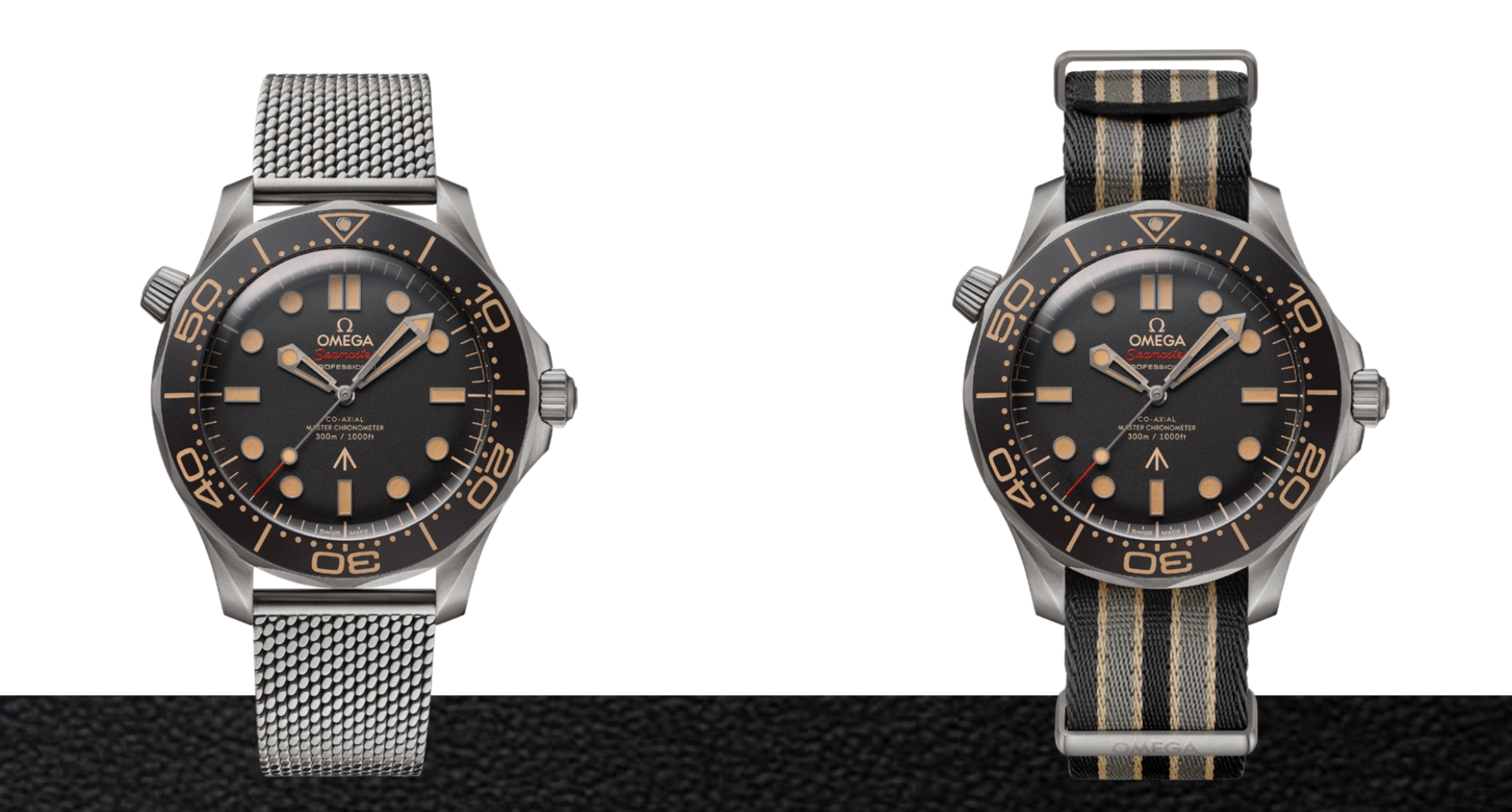 When James Bond embarks on his next mission, a new Omega watch will appear on screen. The Seamaster Diver 300M 007 Edition has been purposefully built with military needs in mind and was even designed with input from actor, Daniel Craig. This nonlimited watch will be placed in Omega’s iconic current collection from February – available to customers either on a titanium mesh bracelet, or a striped NATO strap in dark brown, grey and beige, with 007 engraved on the loop.

Each 42 mm timepiece has been crafted from Grade 2 Titanium, which is used for the case and bracelet with its innovative adjustable buckle. This special material is particularly strong and lightweight, making it perfect for an undercover agent. Special new doming of the sapphire-crystal glass has also created a slightly slimmer watch than the standard Seamaster Diver 300M models.

For this watch, Omega has introduced an aluminium dial, with a colour that replicates the aged brown hue that certain vintage dials turn over time. This colour tone is referred to by collectors as “tropical”. The aluminium bezel ring of this watch also features the same colour shade. 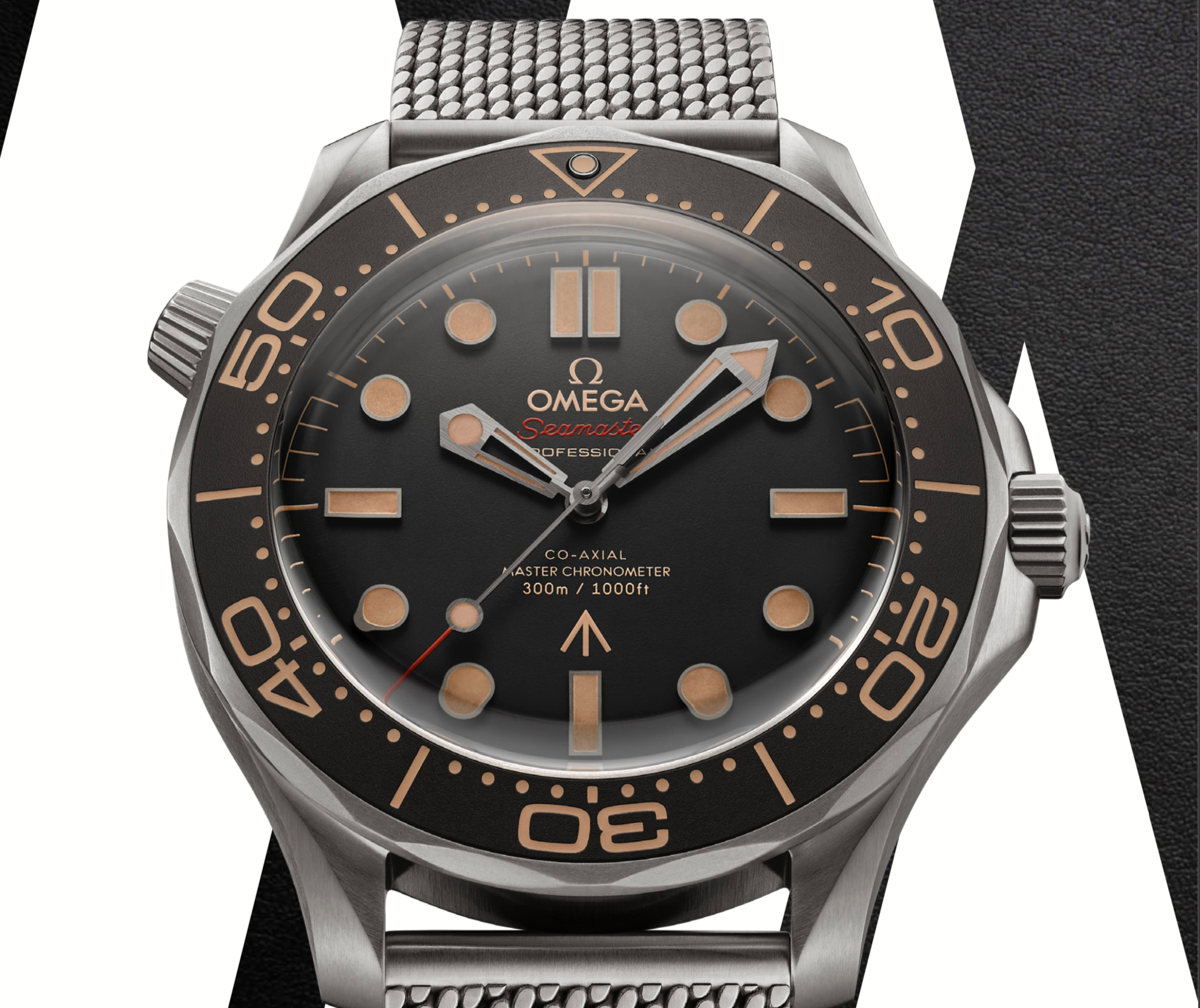 On the caseback, you’ll find a series of numbers, which follow the format for genuine military-issue watches. “0552” is a naval code-number, with “923 7697” being the number for a divers’ watch. The letter “A” signifies a watch with a screw-in crown, while “007” is, of course, James Bond’s iconic agent number. Finally, the number “62” refers to the year of the very first James Bond film.

When designing this captivating new watch, Omega remained in close contact with Daniel Craig and the filmmakers. Daniel Craig’s influence and advice played a big role in the final result. He says, “When working with Omega, we decided that a lightweight watch would be key for a military man like 007. I also suggested some vintage touches and colours to give the watch a unique edge. The final piece looks incredible.” 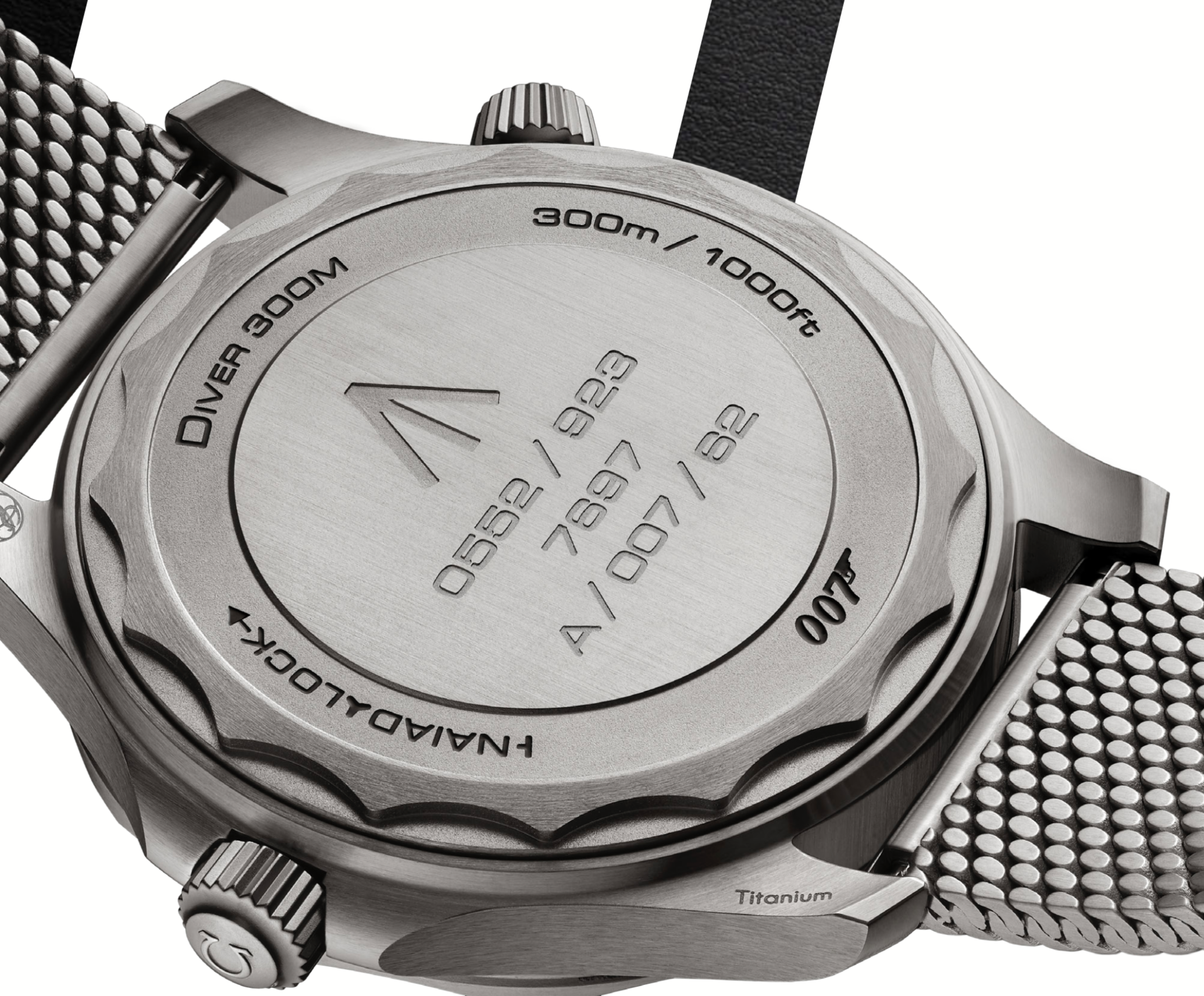 The new watch is completed by a NAIAD LOCK caseback, which keeps all of the engravings in correct alignment. Inside, it is driven by a particularly impressive movement – the Omega Co-Axial Master Chronometer Calibre 8806, which has achieved the industry’s highest standards of precision, chronometric performance and magnetic resistance.

For adventurous customers who choose this Seamaster Diver 300M 007 Edition model, it will be delivered in an exclusive brown fabric pouch. The watch is water-resistant to 30 bar (300 metres / 1000ft.) and comes with Omega’s full 5-year warranty.

My New Omega Speedmaster ‘Dark Side of the Moon’