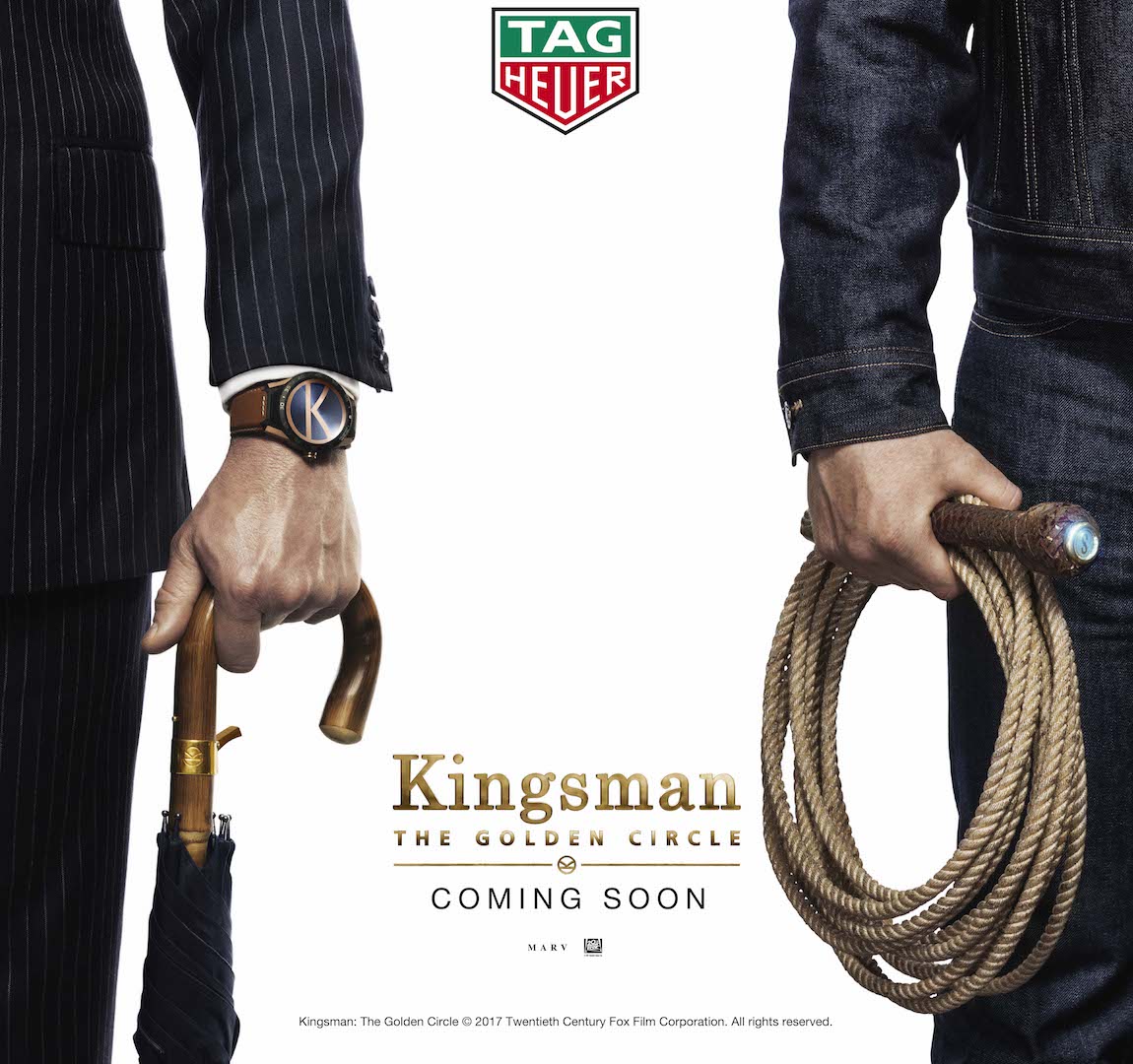 In Kingsman: The Golden Circle, the characters will wear the legendary Monaco and the TAG Heuer Connected, which will be key to the success of the heroes’ missions. A very English kind of elegance – Don’t Crack Under Pressure style.

TAG Heuer is proud to announce a global partnership with MARV films and 20th Century Fox in the upcoming new film from acclaimed director Matthew Vaughn, Kingsman: The Golden Circle, in cinemas worldwide on September 22, 2017. TAG Heuer’s Connected Watch is the Official Watch of The Kingsman. In the new film, the Kingsman agents will all be fitted with TAG Heuer watches. The Tag Heuer Connected will also be included in the Kingsman collection on sale on Mr Porter.

In 2015, Kingsman: The Secret Service introduced the world to Kingsman – an independent, international intelligence agency operating at the highest level of discretion, whose ultimate goal is to keep the world safe. In Kingsman: The Golden Circle, our heroes face a new challenge. When their headquarters are destroyed and the world is held hostage, their journey leads them to the discovery of an allied spy organization in the US called Statesman, dating back to the day they were both founded. In a new adventure that tests their agents’ strength and wits to the limit, these two elite secret organizations band together to defeat a ruthless common enemy, in order to save the world. Kingsman: The Golden Circle stars original cast members Colin Firth, Taron Egerton, and Mark Strong, and introduces new cast members Julianne Moore, Halle Berry, Pedro Pascal, Channing Tatum and Jeff Bridges. 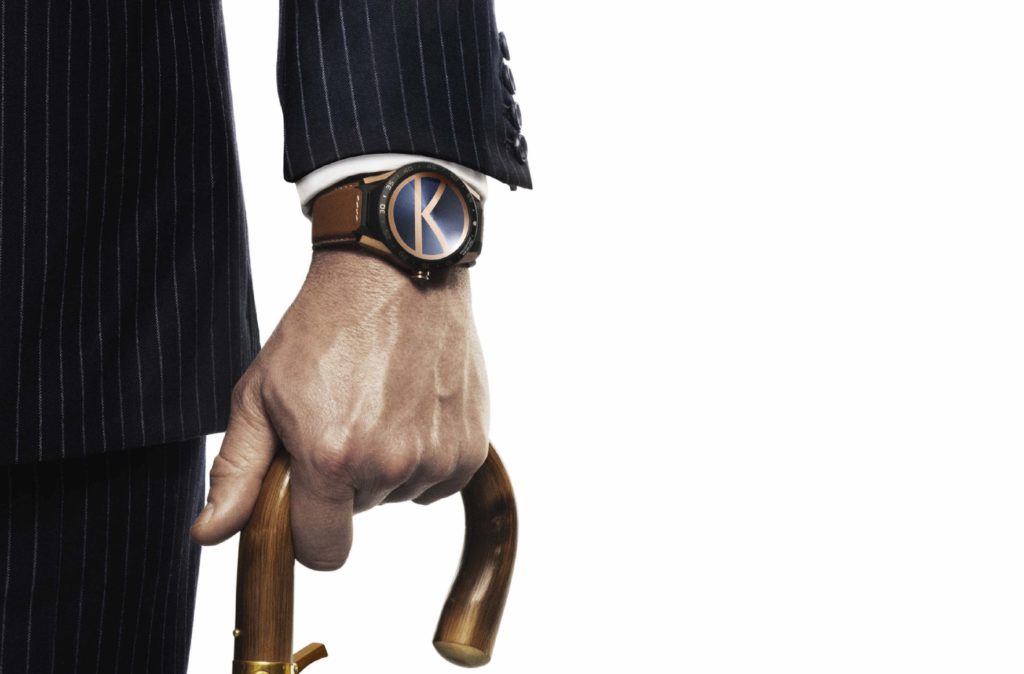 Jean-Claude Biver, CEO of TAG Heuer and Chairman of the Watch Division of LVMH Group, said: “Kingsman means explosions, action, laughter, and, of course, elegance. Its cast of young actors is the stuff of dreams – gentleman who aren’t afraid of anything. This is a perfect fit with TAG Heuer’s target market. This partnership will help us to get even closer to the younger generation. The first instalment was a great success, and we are both proud and honoured to see the heroes of the second film wearing flagship pieces from the TAG Heuer collection.”

Director Matthew Vaughn added: “For Kingsman: The Golden Circle, we needed a smart watch for our agents. We looked at the different options available, but none of them were elegant enough for a Kingsman. Then I saw an interview on Bloomberg TV with Jean-Claude Biver about his connected watch, and it became immediately obvious; the Kingsman agents would wear the TAG Heuer Connected.” 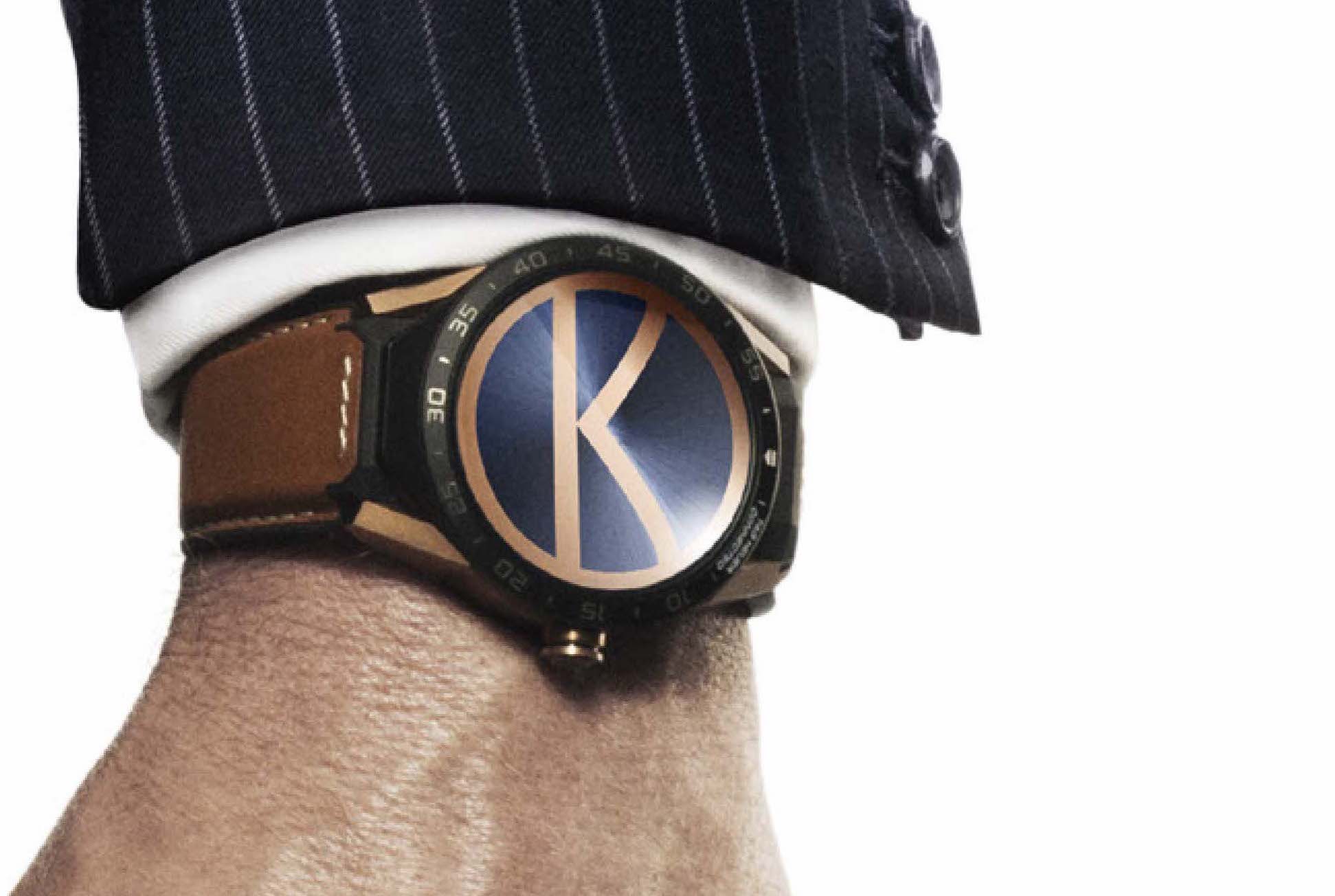 The watches worn by the characters play a decisive role in Kingsman: The Golden Circle, pivotal to the success of the Kingsman agents’ missions. They needed watches that could withstand anything, be it underwater shots, fight scenes or stunts. Film-goers will see the Kingsman agents wearing the TAG Heuer Connected and the legendary Monaco Calibre 11, worn by the American Statesman agents. 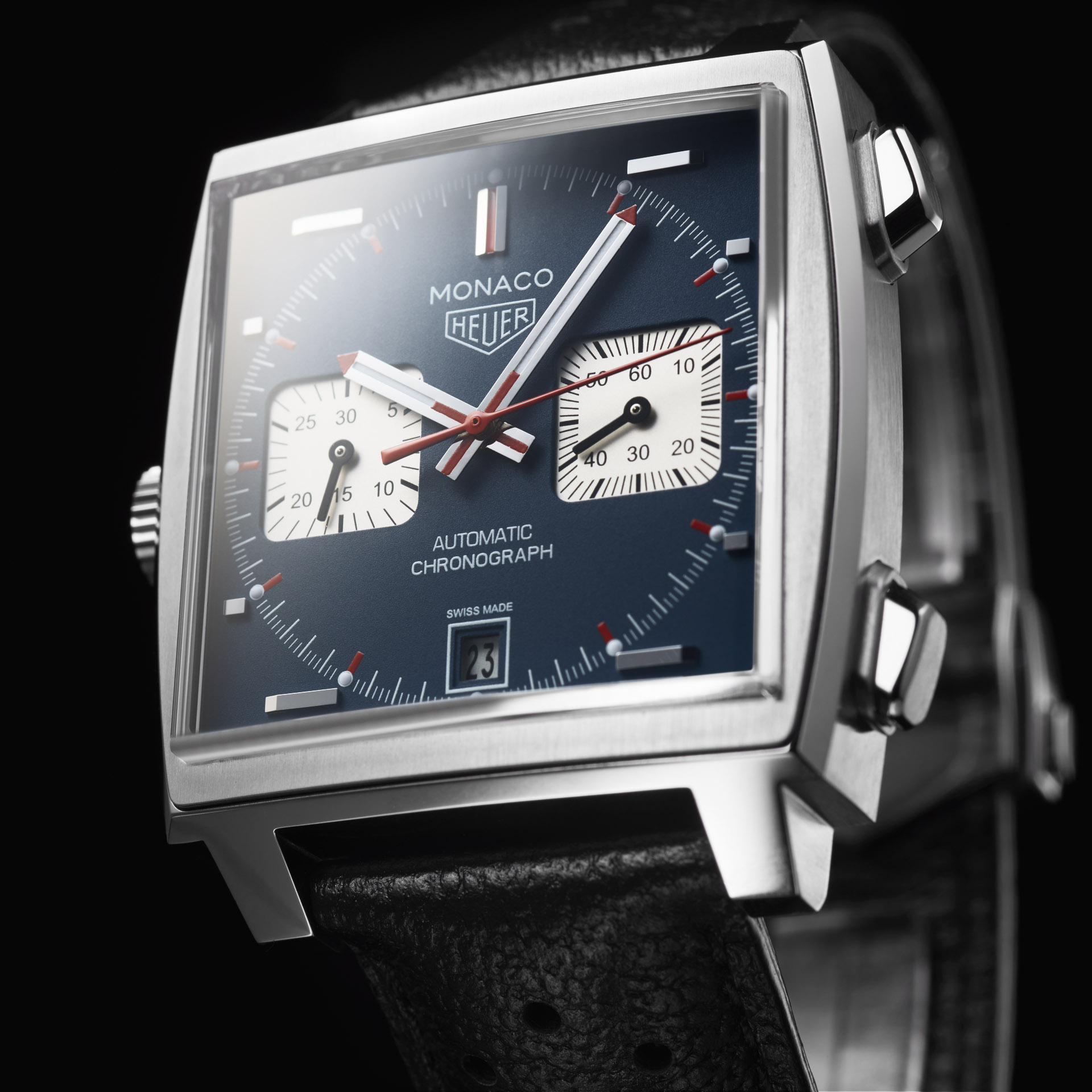 TAG Heuer’s film appearances reached their apex in 1970, when Steve McQueen starred in the film “Le Mans” wearing a Heuer suit and the famous Monaco on his wrist, a square automatic chronograph that had just been launched, and which would become the brand’s signature piece. Today, alongside Kingsman, TAG Heuer’s watches can also be seen on the wrists of the athletes of Nuit de la Glisse Season 1 and 2.