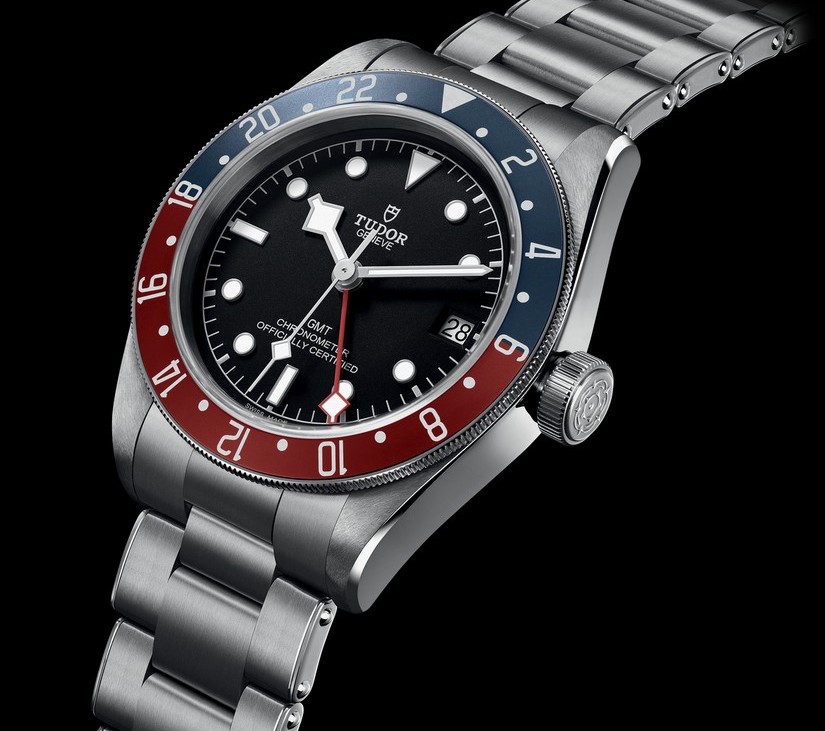 TUDOR is introducing the Black Bay to world time by adding a new GMT function. Sporting a distinctive, burgundy and blue bezel, this model is also equipped with a new manufacture movement.

TUDOR is expanding its Black Bay line by presenting a model with a highly functional complication: a multiple time-zone function – also known as a GMT function – that establishes local time without losing sight of the time in two other time zones. Recognisable by its rotatable bezel, which derives its deep blue and burgundy colour theme from other models in the Black Bay line, but in a matt version, the Black Bay GMT is also a nod to the early days of this watchmaking function. 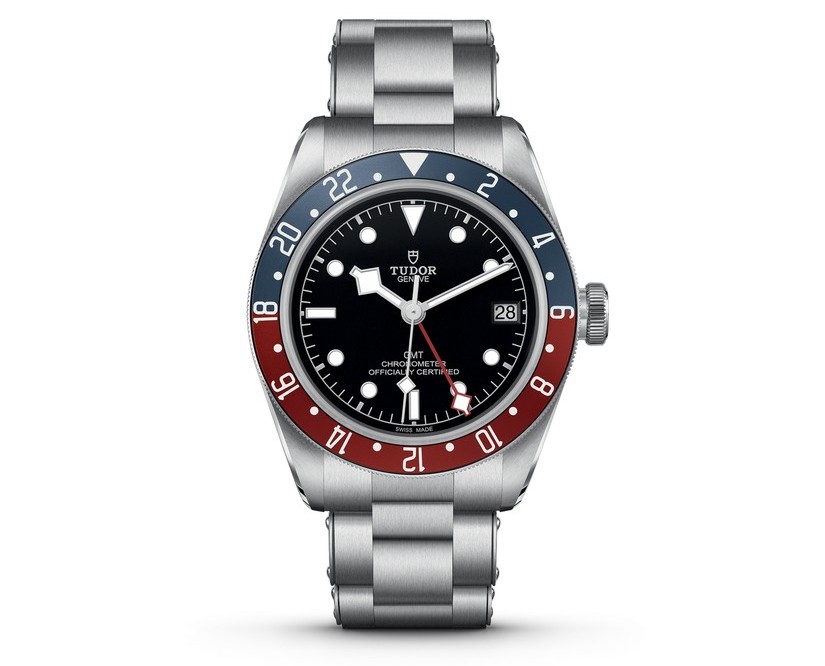 Additional time zones are indicated by a red snowflake hand, TUDOR’s aesthetic hallmark, which spins around the dial in 24 hours, as well as a bidirectional rotatable bezel that is also calibrated for 24 hours. The twelve daylight hours are printed on the burgundy section and the night-time hours on the blue. With a steel case, 41 mm in diameter, the Black Bay GMT model is waterproof to 200 metres (660 ) and designed to withstand the elements. Its winding crown tube is in satin-brushed steel, new for the Black Bay line and aesthetically in keeping with the case and winding crown. Its contrasting black dial means that it is legible in all conditions, including night-time, thanks to its luminescent hour markers. The dial features a GMT marker at 6 o’clock. 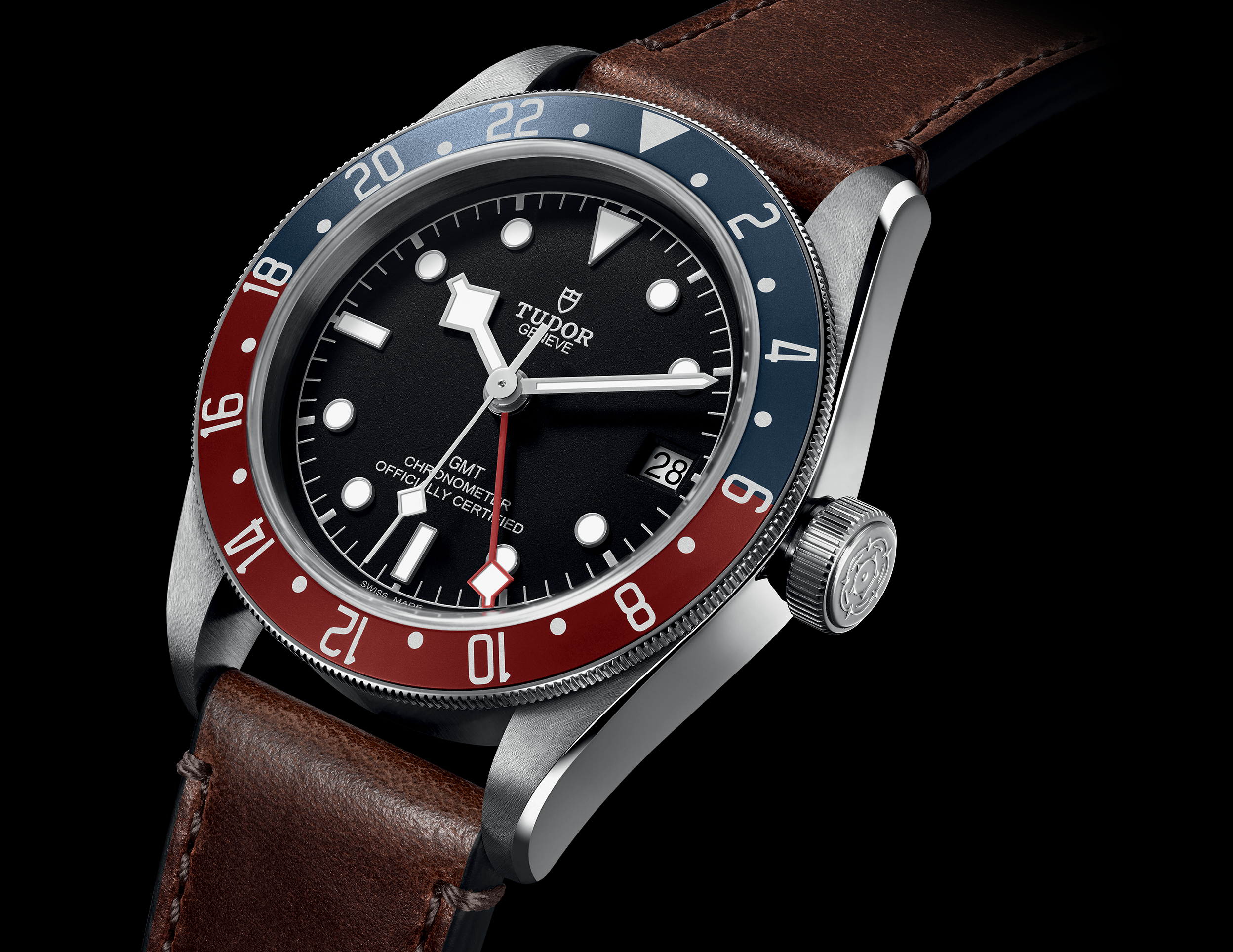 A new Manufacture Calibre with the reference MT5652 has been developed by TUDOR for the Black Bay GMT model. This introduces a new function to the line of TUDOR Manufacture Calibres, an apt demonstration of TUDOR’s approach to technical development. The integration of new functions is allowed by a flexible architecture, rather than by adding ever more complicated modules. A defining detail and a must for purist watch enthusiasts. 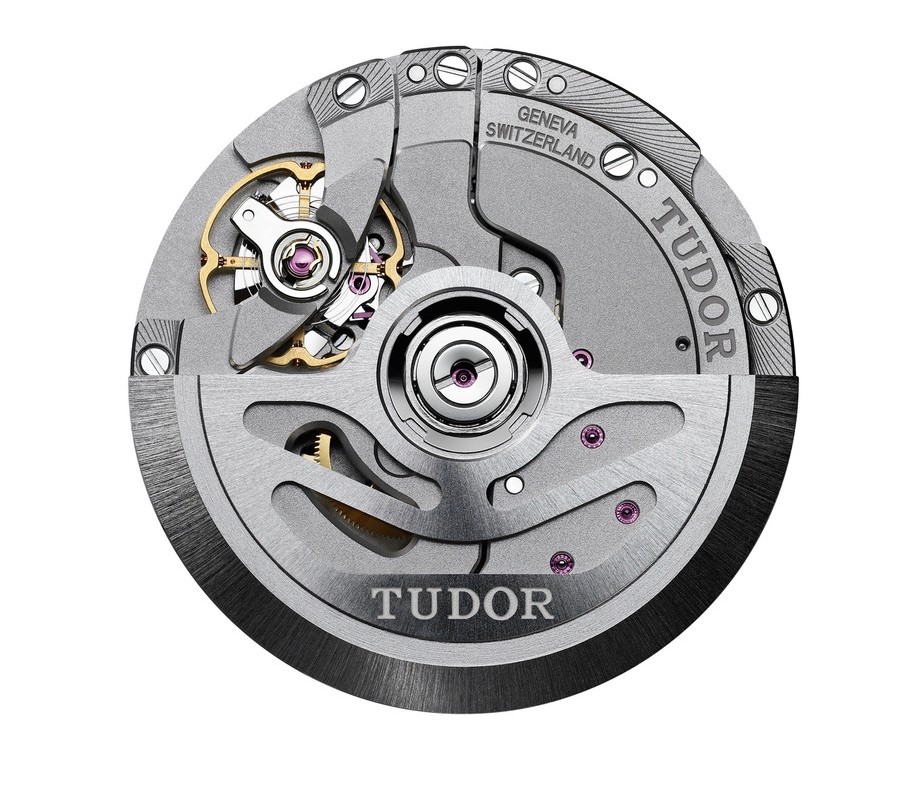 The Calibre MT5652 has the appearance and nish typical of Manufacture Calibres. Its openwork rotor is satin-brushed
with sand-blasted details and its bridges and mainplate have alternate polished sand-blasted surfaces and laser decorations. Its structure has been designed to ensure robustness, longevity and reliability, as has its variable inertia balance, which is maintained by a sturdy traversing bridge with a two-point xation. Thanks to these qualities, together with its non-magnetic silicon balance spring, it is certified as a chronometer by the Swiss Official Chronometer Testing Institute (COSC). With a 70-hour power reserve, a wearer can take o the watch on Friday evening and put it back on again on Monday morning without having to re-set and wind it.