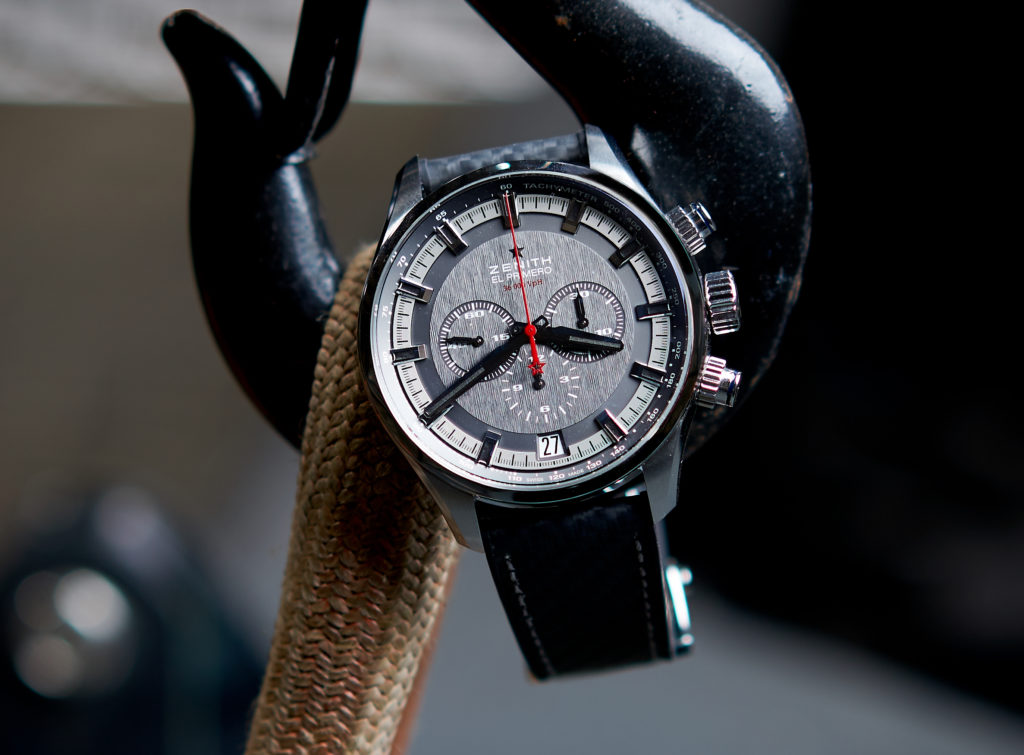 Following last November’s announcement of the partnership between Zenith and Land Rover BAR, the British Challenger for the 35th America’s Cup, Zenith and the team led by Sir Ben Ainslie, united in facing their next challenge. The new Chronomaster El Primero Sport Land Rover BAR edition incorporates the best of Swiss technology and innovation together with British design inspiration. 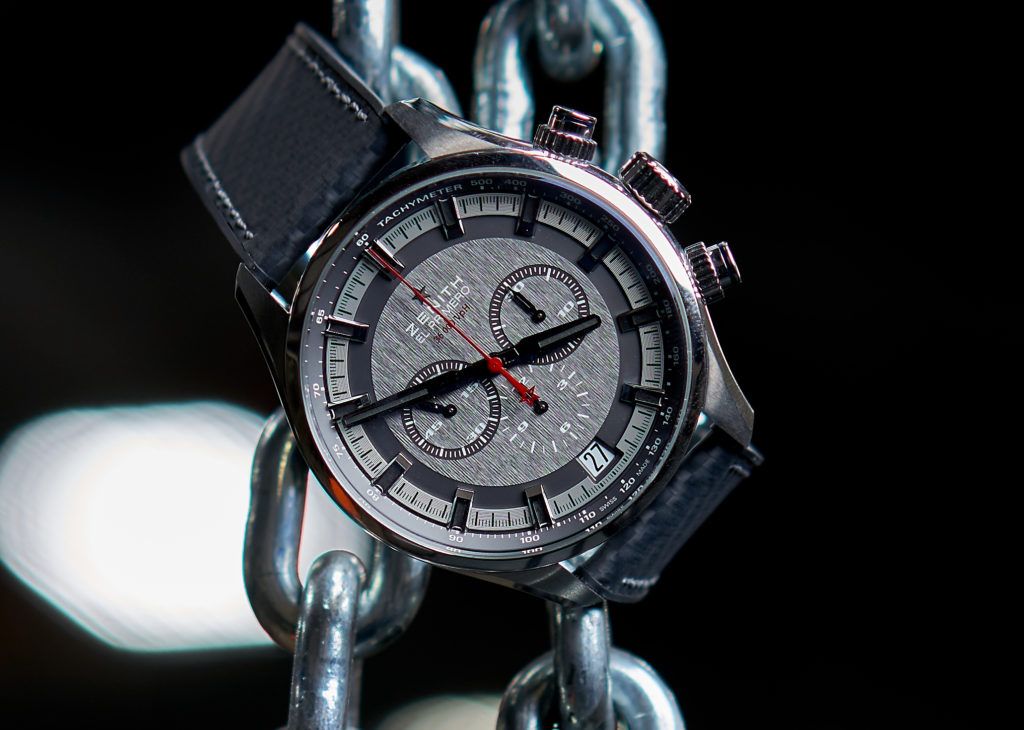 Besides, featuring the inherited signs of the legendary 1969 El Primero – one of the most precise chronographs, new watch in Land Rover BAR edition has been accustomed to the water environment by increasing the water resistance to 200 meters. It ensures the reliability in tough conditions. The strap fitted within this watch is made of black rubber with carbon fibre coating. 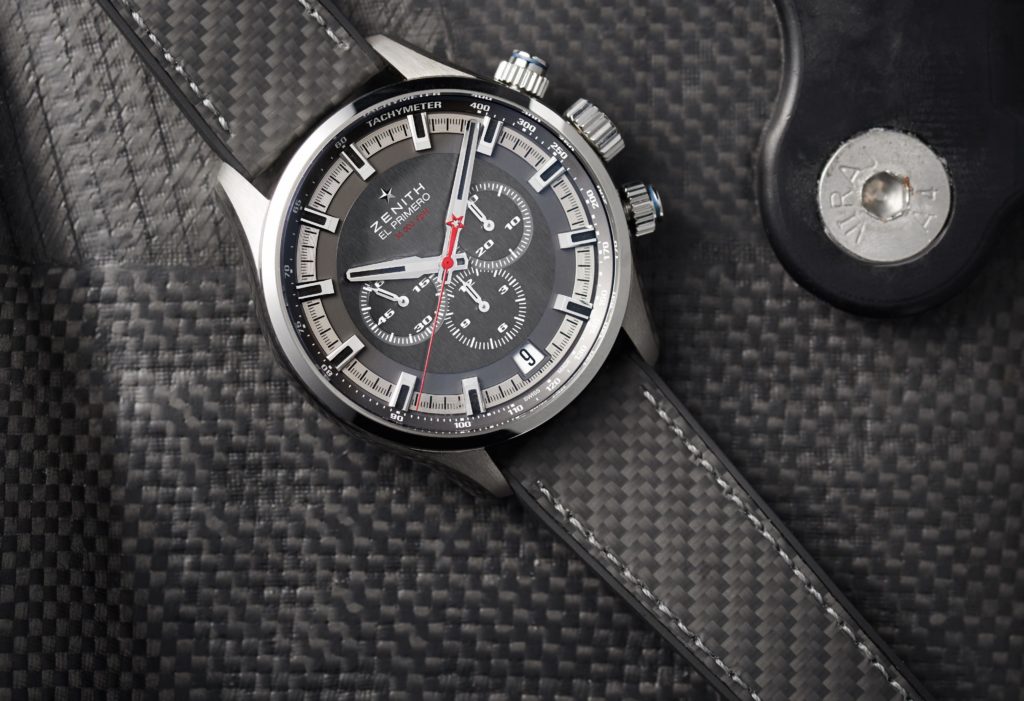 The heart of this watch – El Primero 400 B chronograph movement is enclosed in the 45mm case in polished stainless steel. The movement features power reserve of 50 hours, operates at 36’000 vph (5 Hz) and consists of 326 components. Getting further into functional side of this watch, we’ve got central chronograph hand, three chronograph subdials – 12-hour indicator at 6 o’clock, 30-minute counter at 3 o’clock and small seconds at 9 o’clock. A date display is situated at 6 o’clock.

This wristwatch edition is limited to 250 pieces. 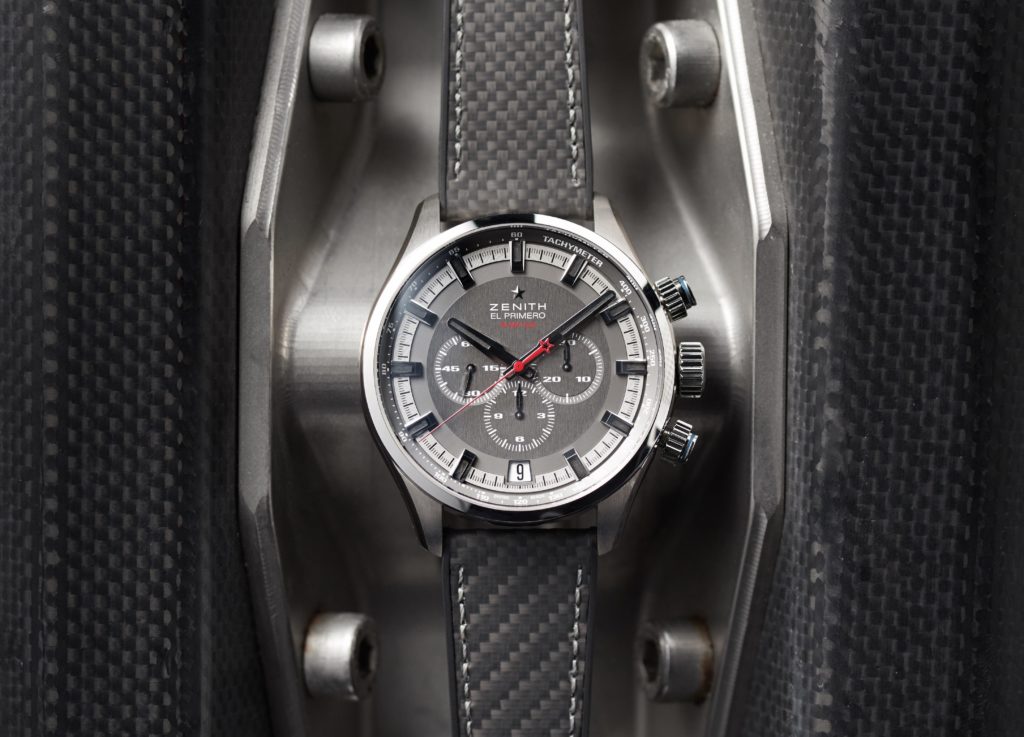 Ben Ainslie Racing (BAR) was launched on June 10th 2014 in the presence of Her Royal Highness the Duchess of Cambridge. The British team was put together by four times Olympic gold medallist and 34th America’s Cup winner, Sir Ben Ainslie, with the long-term aim of challenging for Britain and bringing the America’s Cup back home to where it all began in 1851. The team is made up of some of the best British and international sailors, designers, builders and racing support. In 2017 in Bermuda, the 21st British Challenger for the America’s Cup will race their America’s Cup Class boat, R1, on a tightly defined course on Bermuda’s Great Sound, sailing at speeds of up to 60mph.

There will only be six crew onboard and with Ben Ainslie at the helm the boat will fly over the surface supported by high-tech hydrofoils. While there will be just 67m of rope on board, there will be 130m of hydraulic pipes, and over 1200m of electronic and electrical cabling connecting 190 sensors and four video cameras – all in a 15m boat! 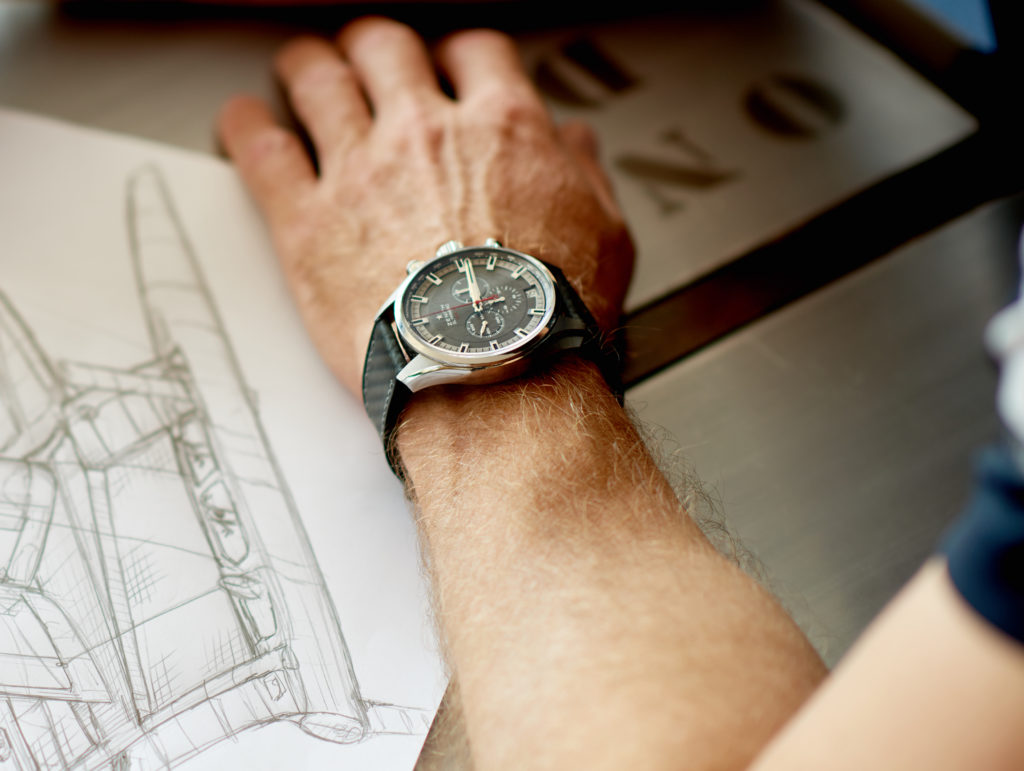