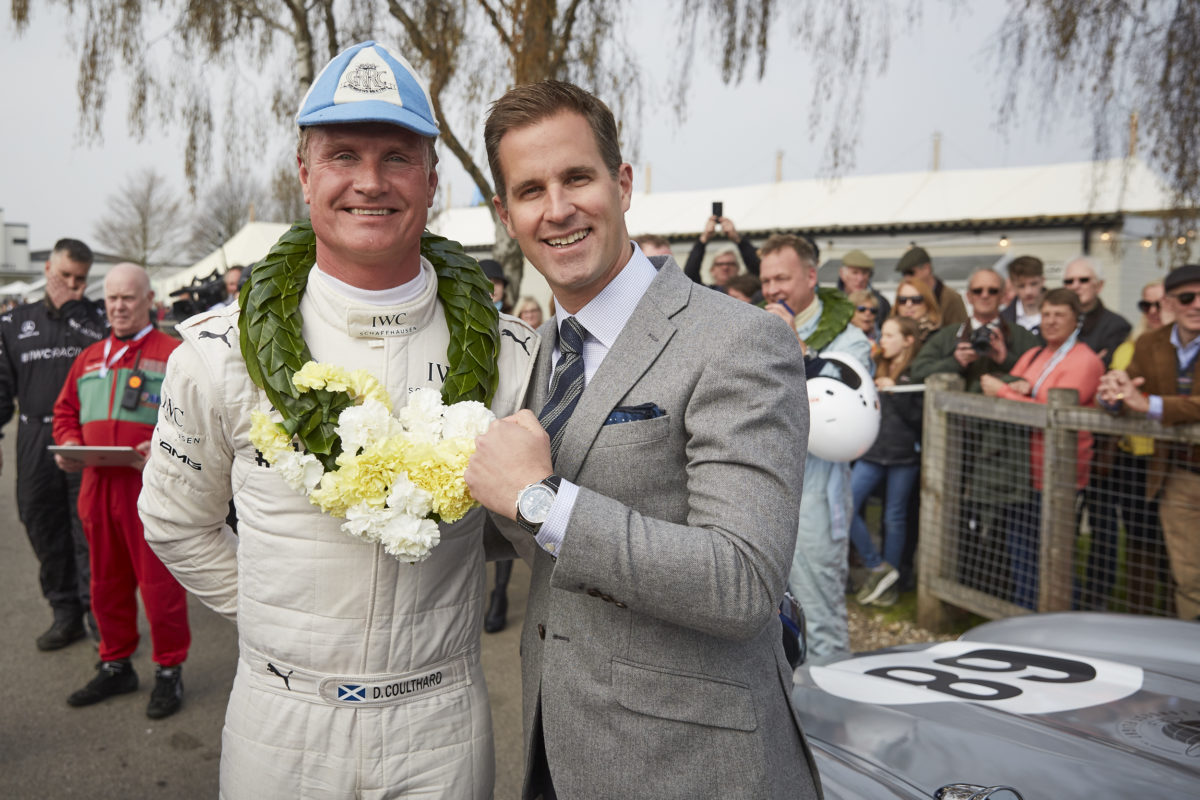 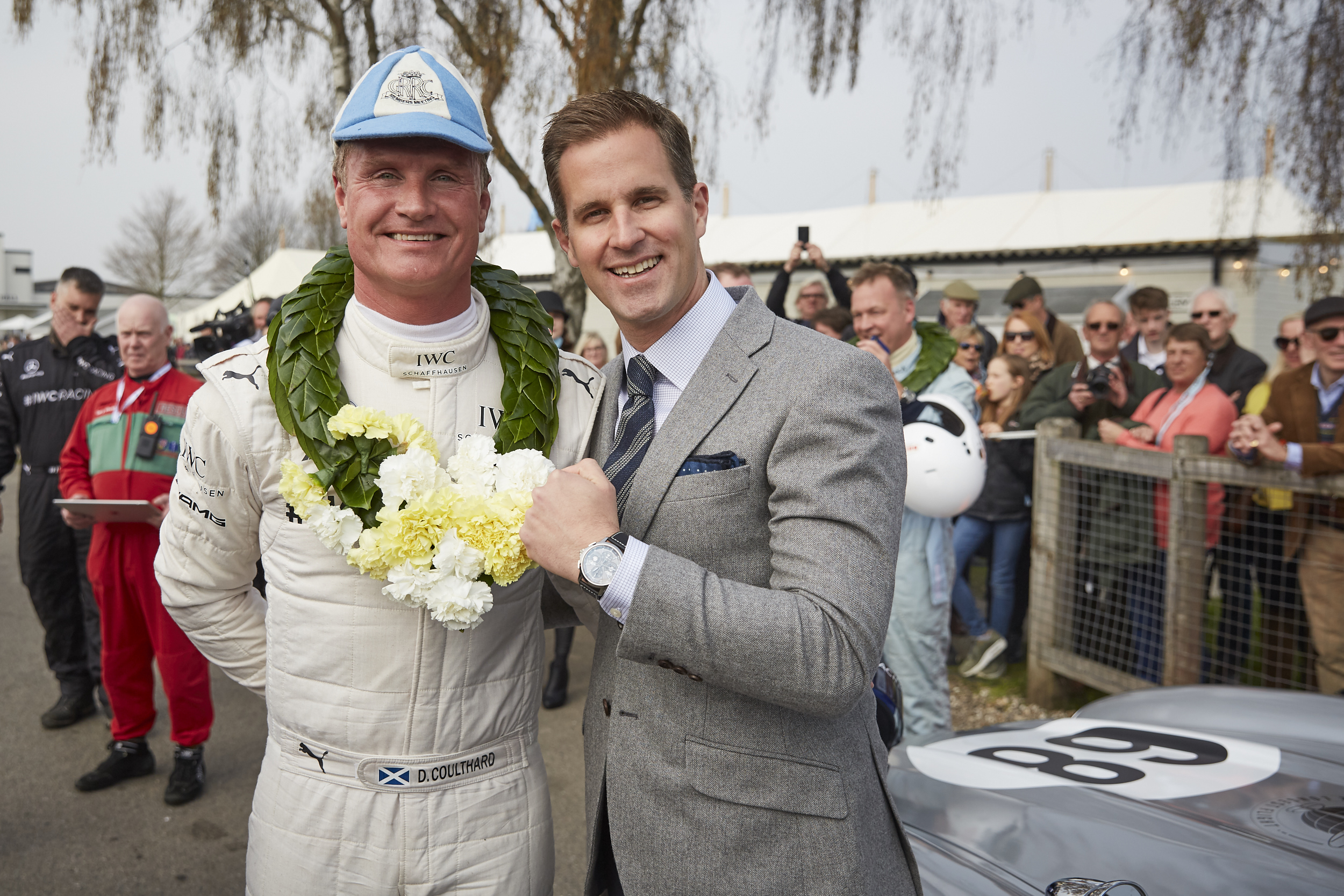 7th of April: IWC Schaffhausen’s motorsport team competed at the Goodwood Members’ Meeting for the second time this weekend. At the wheel of the Mercedes-Benz 300 SL “Gullwing”, former Formula One™ star and brand ambassador David Coulthard competed in the Tony Gaze Trophy and finished in 1st place.

Following its debut appearance last year, the IWC Racing Team showed up on the grid of the Goodwood Members’ Meeting for the second time. Once again, David Coulthard was at the wheel of the Mercedes-Benz 300 SL “Gullwing”, driving the iconic sports car, with doors reminiscent of the wings of a seagull to 1st place in the Tony Gaze Trophy. IWC also presented the John Duff Trophy on Sunday. With this race, the Members’ Meeting paid tribute to the Canadian racing driver and his achievements with an eye-watering selection of vintage cars from the late 1920s. 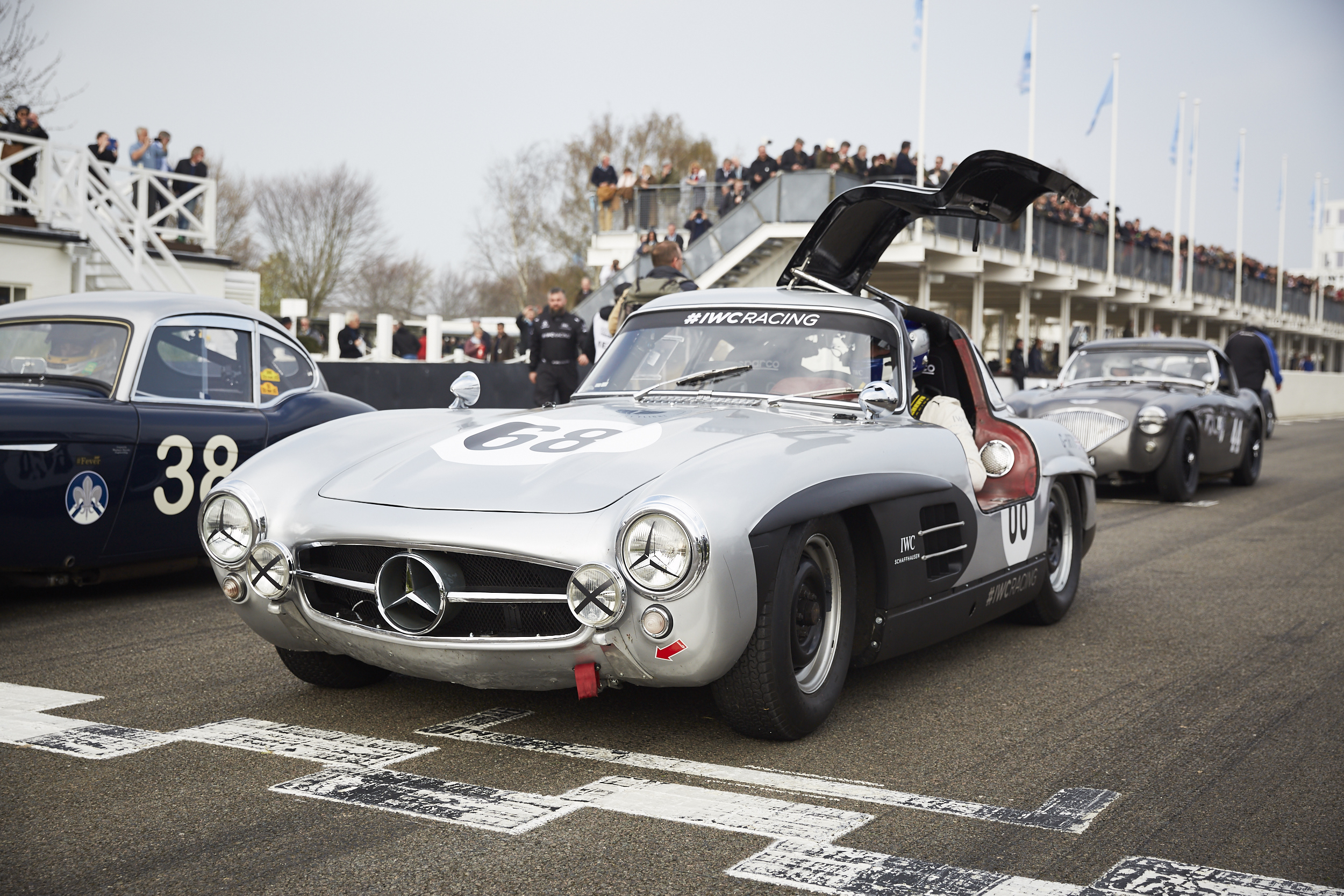 Over the weekend, IWC also took advantage of the unique setting of the Members’ Meeting to present its latest Pilot’s Watches to the public, notably the recently launched Spitfire and Top Gun collections. In addition to unveiling this year’s race car, IWC also showcased an original Spitfire aircraft next to the IWC Garage to highlight the “Silver Spitfire – The Longest Flight” expedition that the luxury watch brand is supporting. This project will see the first circumnavigation of the globe in a carefully restored Spitfire aircraft. The Silver Spitfire will take off from Goodwood Aerodrome this August. 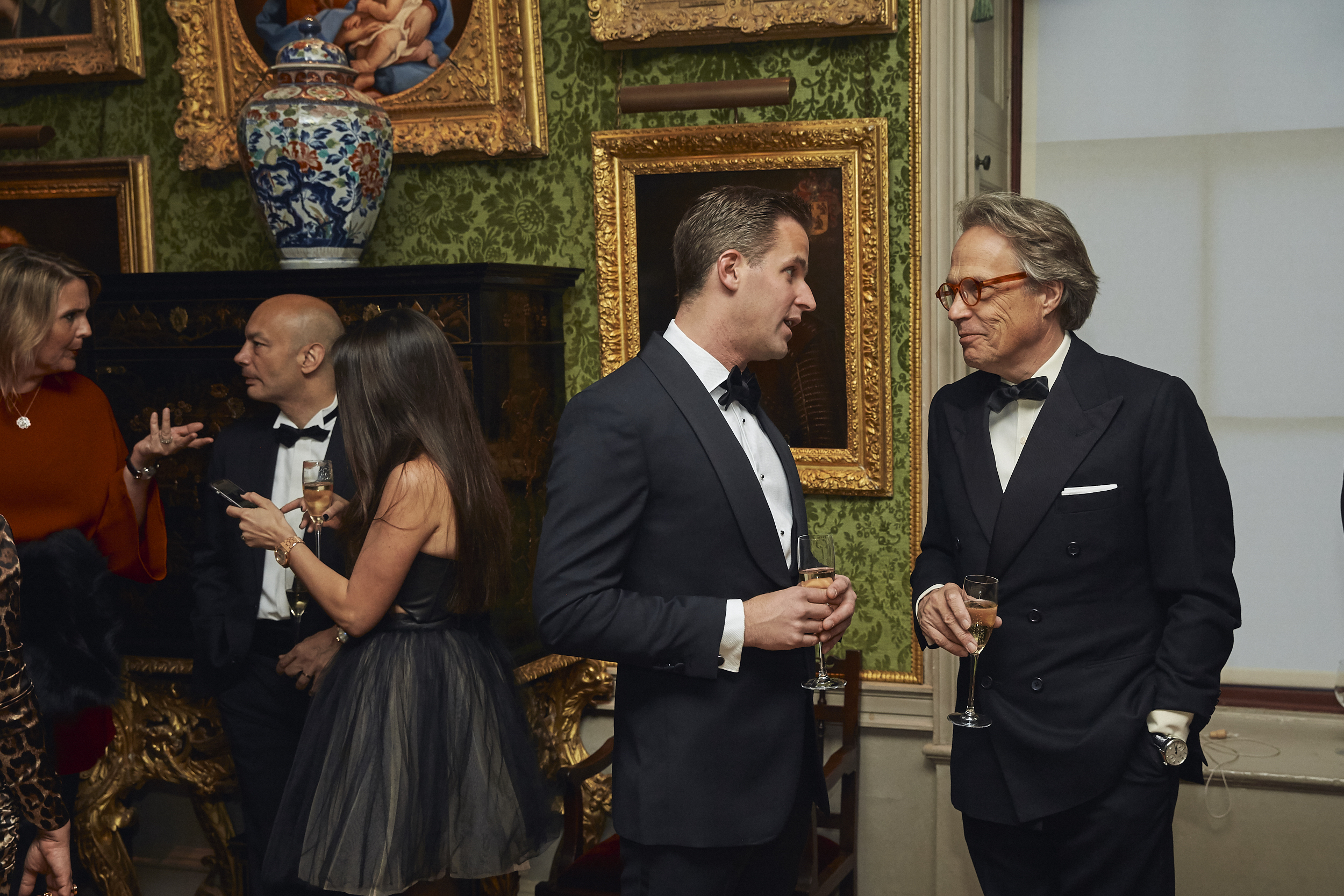 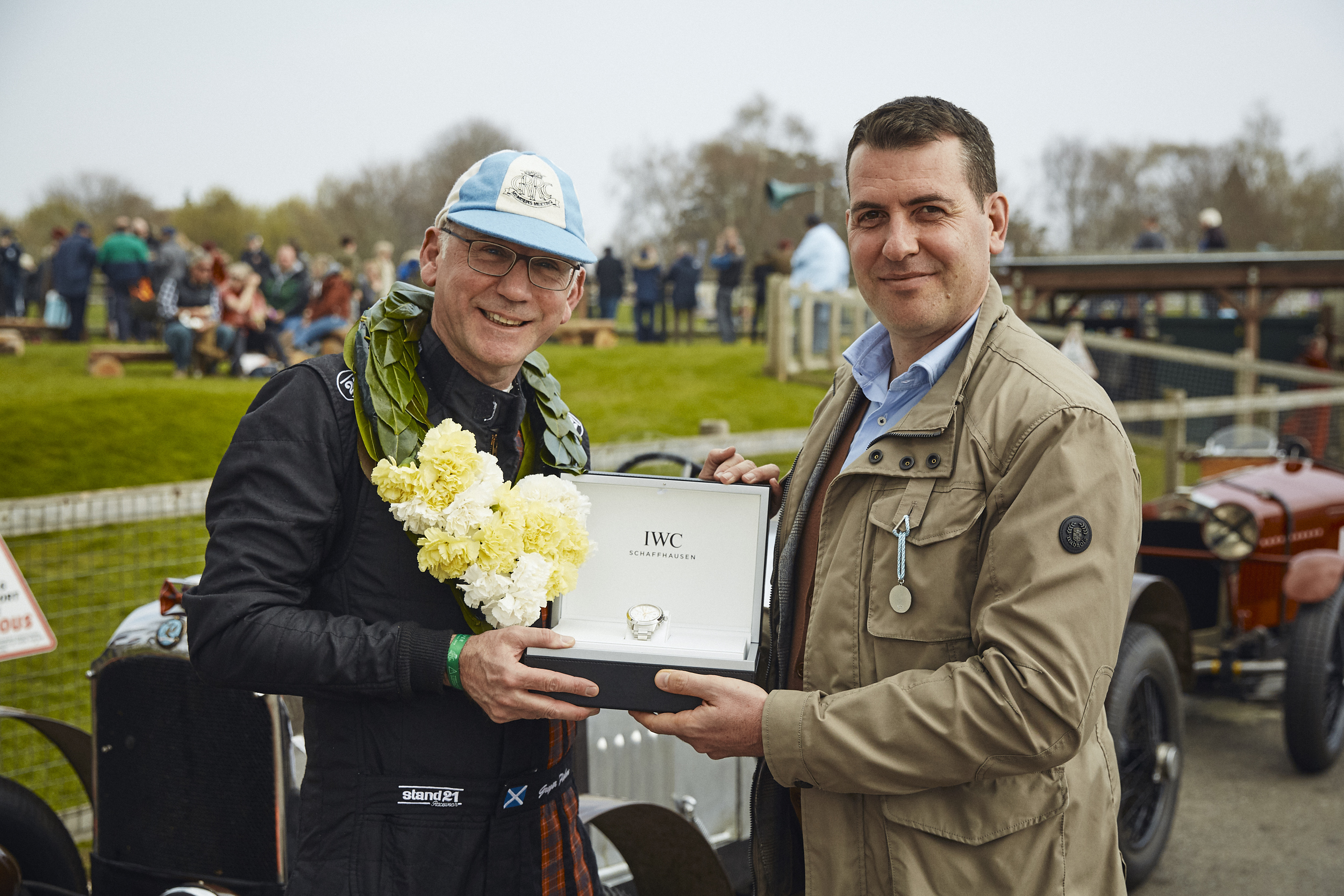 Members of the IWC family and guests enjoyed a weekend full of classic motorsport and entertainment at the 77thGoodwood Members’ Meeting. In addition to thrilling races on the 3.8-kilometre Goodwood Motor Circuit, the programme also included paddock tours, a gin tasting experience, as well as a pub night followed by the legendary Goodwood funfair party, light show and fireworks on Saturday evening.

The original Members’ Meetings took place at Goodwood between 1949 and 1966. The Goodwood Road Racing Club reintroduced the classic racing event in 2014. Since 2015, IWC Schaffhausen has been the “Official Timing Partner” of the Goodwood Members’ Meeting. 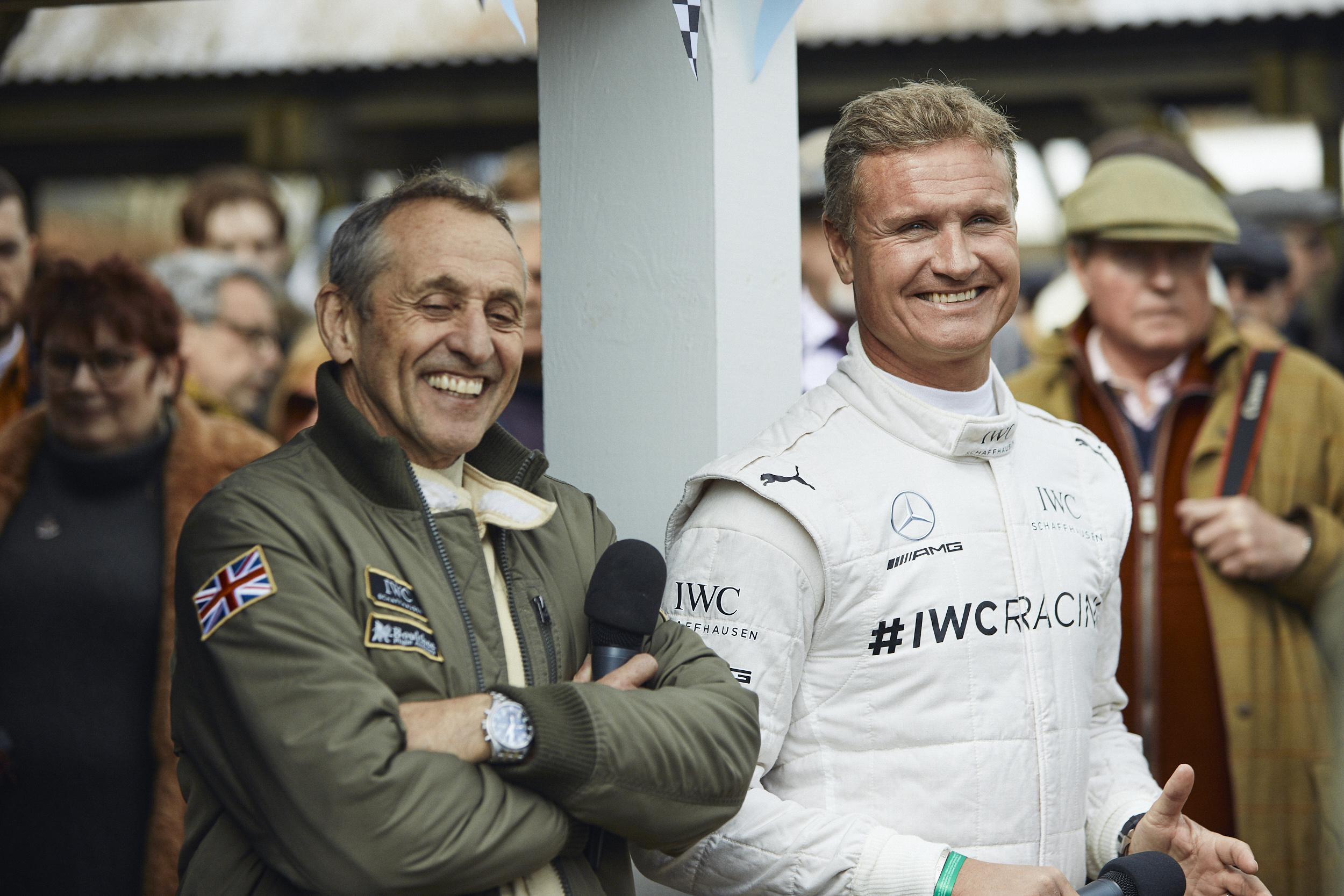 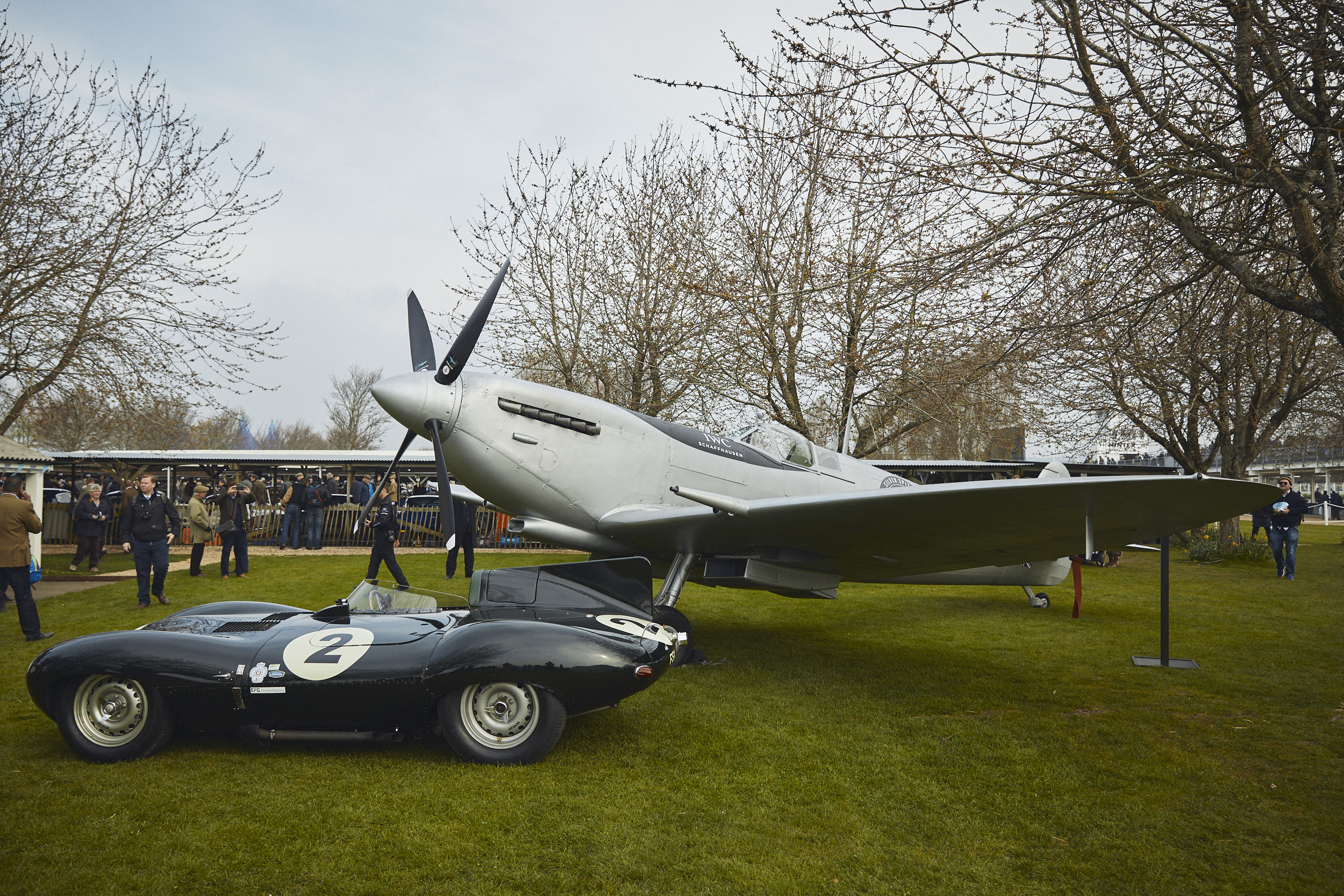 The Members’ Meeting was established by the Goodwood Road Racing Club in 2014. It evokes the atmosphere and camaraderie of the 71 Members’ Meetings held by the British Automobile Racing Club between 1949 and 1966. The Members’ Meeting is an event for those part of the GRRC, where guests have access to all areas in an intimate, relaxed environment. The event offers a unique setting in which to celebrate the historic motorsport season. It is the perfect accompaniment to the renowned Goodwood Festival of Speed in July and the Revival Meeting in September. 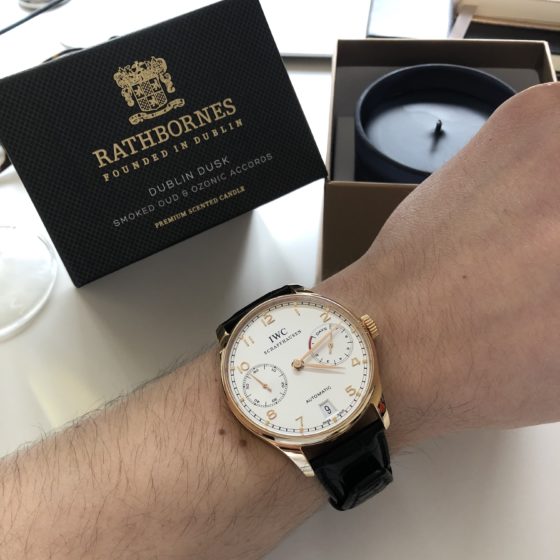 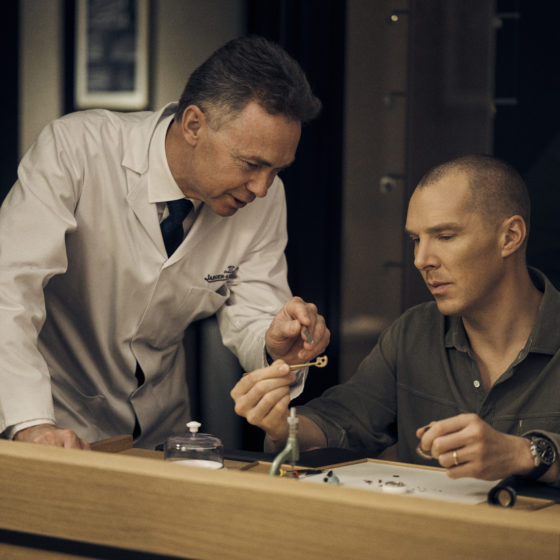