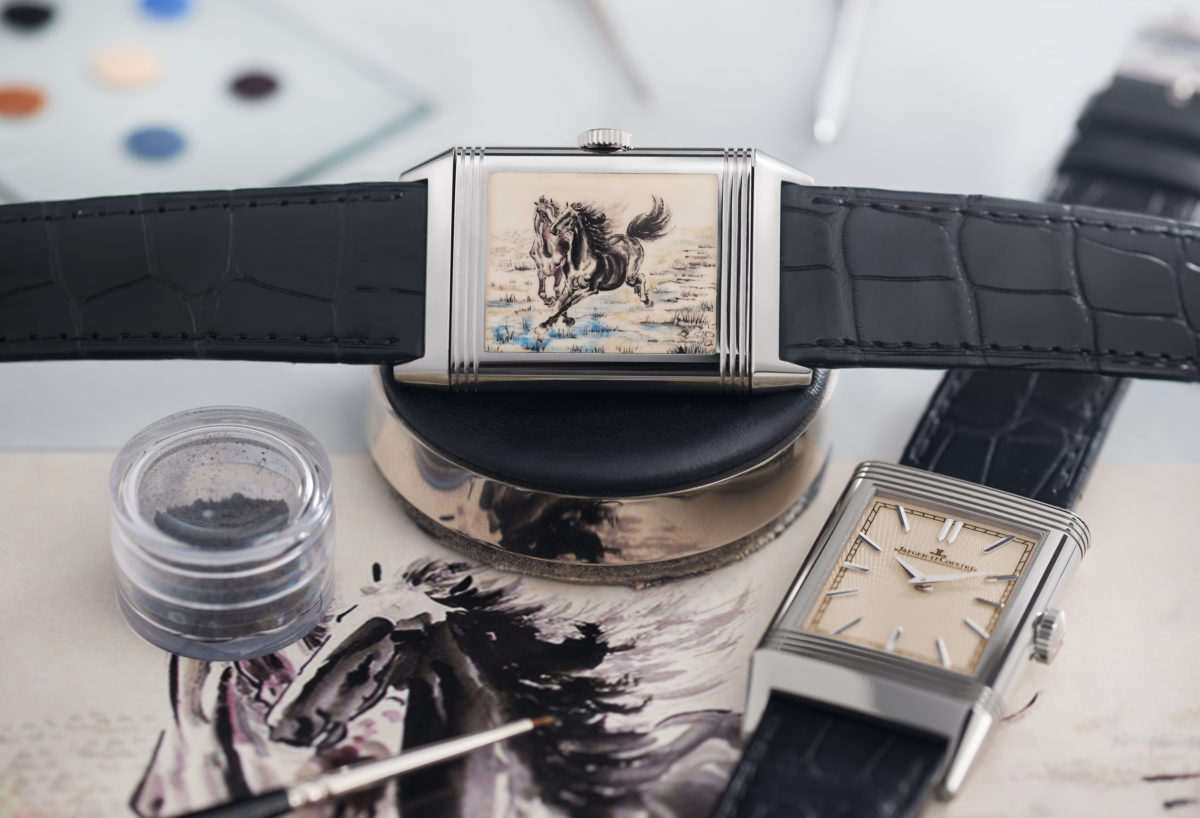 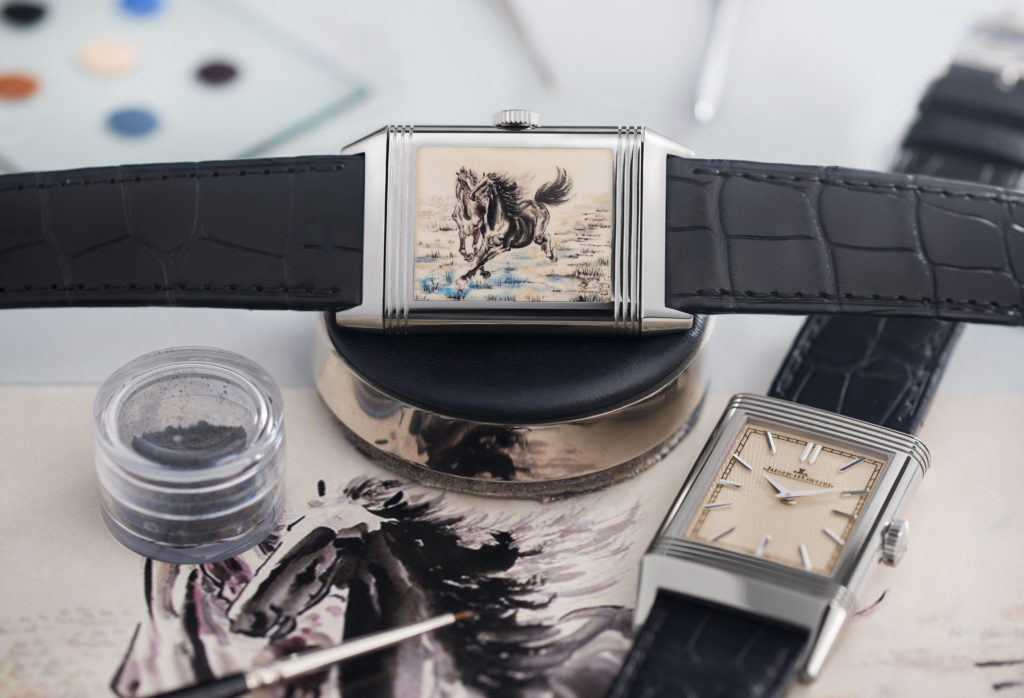 To enhance the art of enamelling and engraving, so proudly mastered in the Vallée de Joux workshops, the Grande Maison had the idea of giving its Reverso pieces two faces revealing a work of art, the result of the artisans’ innovative work.

On the front, a finely hand-guillochéd dial, covered in translucent Grand Feu enamel which is in harmony with the back of the watch. On the reverse, an enamelled miniature of a painting with a particular technique that is representative of an iconic style: pointillism, ink wash painting, or Japanese woodblock printing. In order to represent these three techniques, never before applied to enamel in miniature at Jaeger-LeCoultre, three of their greatest masters were selected through one of their works: Georges Seurat, Xu Beihong and Katsushika Hokusai. 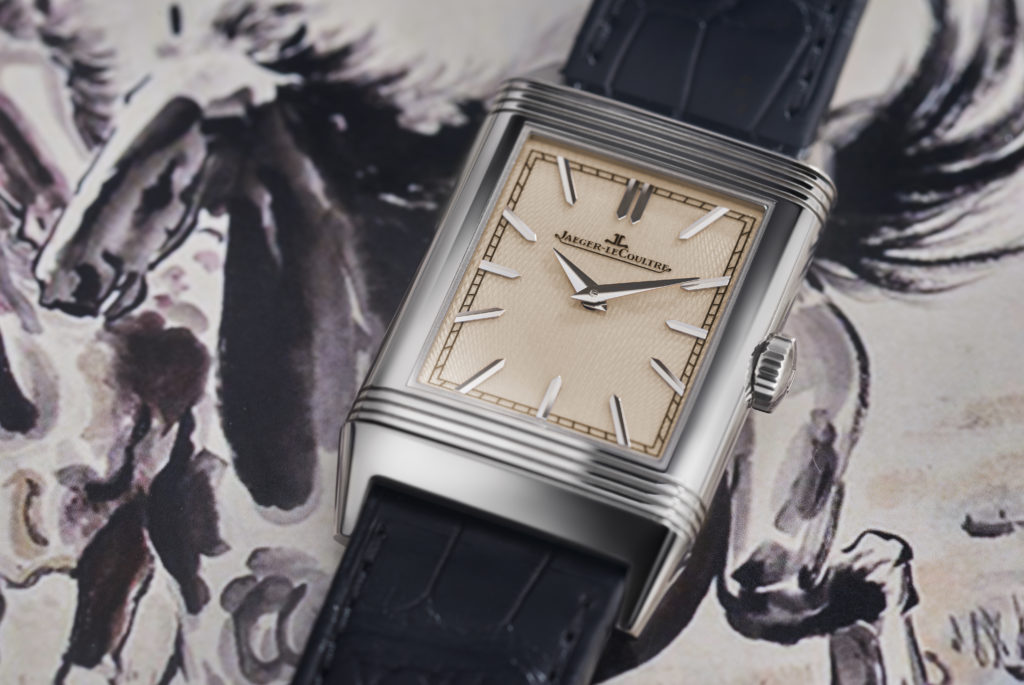 For these pieces of art, the Reverso Tribute Enamel, with its iconic Art Deco styling, was chosen. A case in white gold was created especially to host the enamel miniature.

Each of these models is issued in an eight-piece limited edition and available exclusively in Jaeger-LeCoultre Boutiques.

To decorate the reverse of the piece, Jaeger-LeCoultre’s artisan guillocheur delicately decorated the piece using a century-old machine which requires considerable expertise. Here, the dial is guillochéd with small lozenges, which are embossed under a deep green translucent enamel. Hours of research were required in order for this colour to perfectly match the painting on the reverse.

If the front dial alone is itself an artistic feat, the beholder will be amazed when turning over the watch’s case to discover the true work of art found on the reverse. 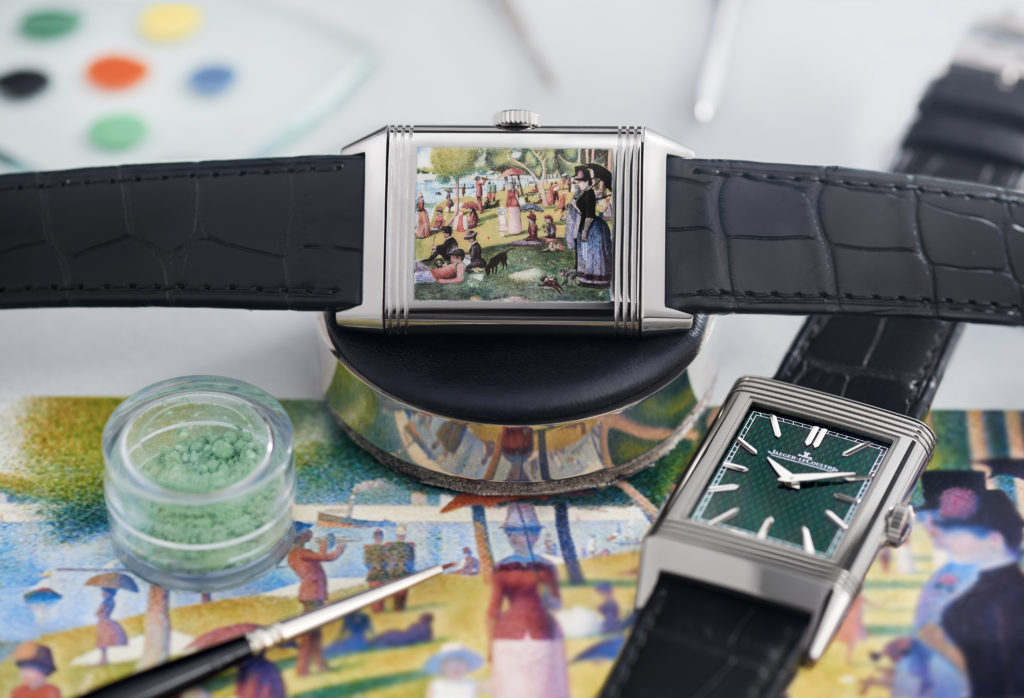 Painted between 1884 and 1886, A Sunday Afternoon on the Island of La Grande Jatte is one of the most beautiful examples of the pointillist technique created by Georges Seurat (1859-1891). A neo-impressionist French painter, Seurat was one of the leading lights of the art world in the 19th century. It took him two years to complete this nearly 2 by 3 metre canvas, for which he drew more than 60 sketches. The painting is set on the banks of the Seine, near Paris, in a place where the locals would come to enjoy the water and a pleasant, unspoilt setting. The technique of pointillism consists of juxtaposing minuscule dots of colour, rather than using larger brushstrokes, with the spectator’s eye naturally “mixing” the colours.

In order to create this miniature, the artisan enameller from Jaeger-LeCoultre’s Rare Handcrafts “Métiers Rares” had to take on a great number of challenges. The first was reproducing a more than 3-metre-wide painting onto a 3 cm2 surface. The enameller had to create his own pointillism technique. He created his own tools, including, for example, an extremely fine yet hard brush which frequently needed to be replaced. Pointillism on enamel is extremely complex. Several protective enamel layers must be superimposed upon one another after the completion of the painting, altering the intensity of the colour of the piece. A darker shade than the original was used in order to plan for this. It was a lengthy process…

In total, more than 70 hours were required to finish this creation, not counting the initial hours of research for the perfect colour.

With this piece, the Grande Maison wished to explore the art of ink wash painting.

The dial was delicately guillochéd in lengthwise geometric patterns and covered in opalescent ivory-coloured enamel, rendered as subtle as mother-of-pearl. 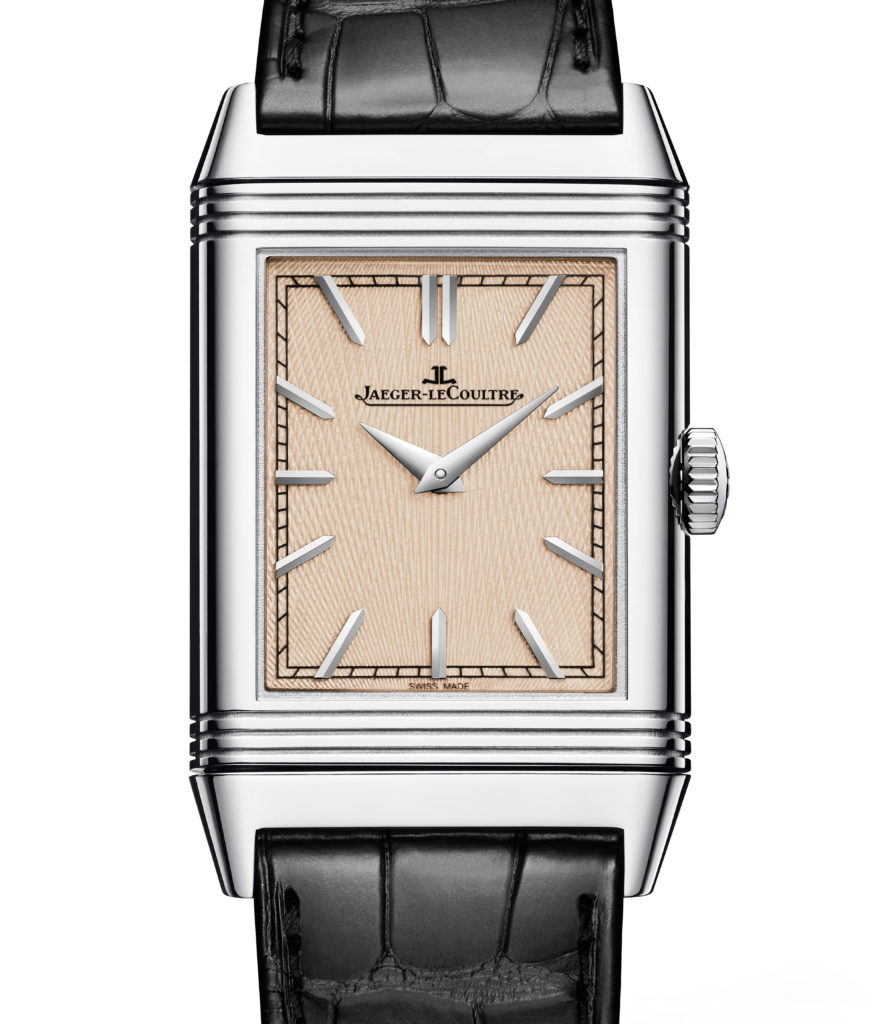 Xu Beihong (1895-1953) was one of the most renowned painters of the 20th century in China. He was known for his oil paintings, his drawings, his pastels and his calligraphy. In China, his representations of horses made him very popular. The original, over 5-metre-wide painting shows ten horses galloping through a natural Chinese landscape. The enameller was inspired by the representation of two horses from the painting.

Again, there were several challenges in creating this miniature. The sense of movement, the fluidity and the lightness conveyed by the ink wash technique had to be reproduced despite the protective layers of the enamel, which reduce the image’s spontaneity. As such, the artisan spent many hours finding the right movement to best represent the horses’ energy. Additionally, it was a real challenge to portray the smallest details, such as the horses’ manes. Lastly, it should be noted that working practically in monochrome is another challenge for an artist such as an enameller, who is used to playing with colours.

The result is striking, brimming with vitality and spirit, proof of the talent of the Grande Maison’s master enamellers. 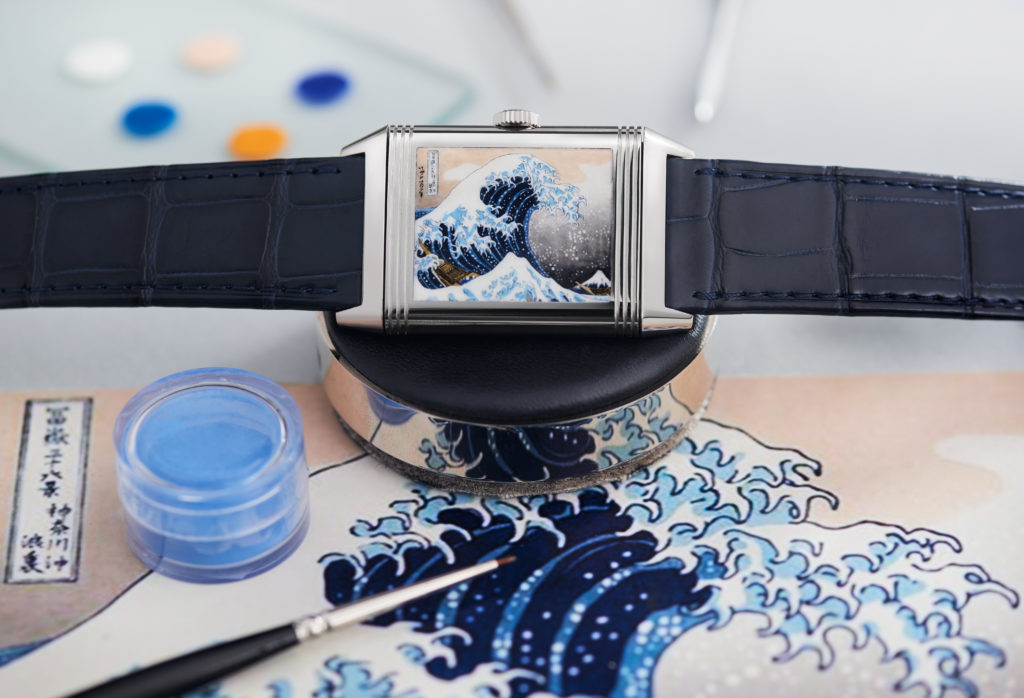 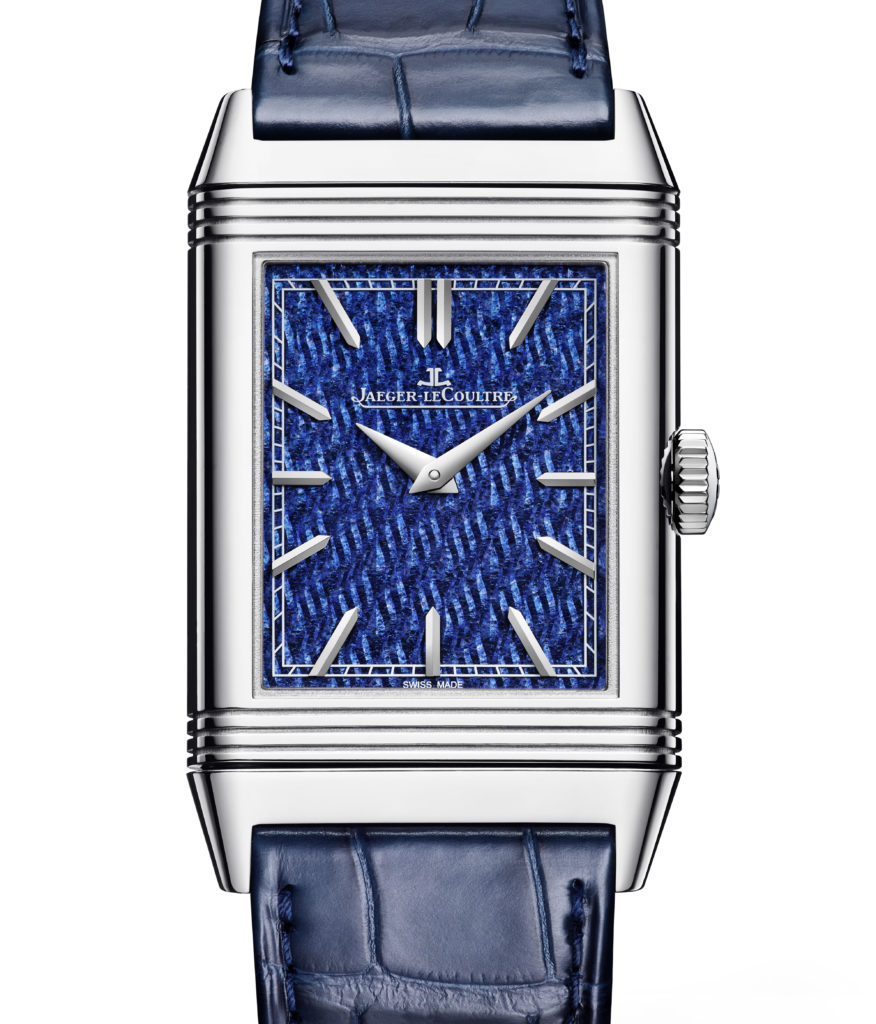 The Jaeger-LeCoultre artisans studied the technique of Japanese woodblock printing, of which Hokusai was a leading light.

On the front, the dial is delicately guillochéd with small waves, like an echo of the drawing found on the reverse. It is then covered with a translucent enamel, coloured with a blue as deep as the ocean represented by The Great Wave off Kanagawa.

Katsushika Hokusai (1760-1849) was a Japanese artist known for his woodblock print series, Thirty-six Views of Mount Fuji. It has remained iconic as it was the first time that the concept of perspective, drawn from Western painting, was integrated into the themes of the Japanese tradition of art. This series included The Great Wave off Kanagawa, which brought the artist fame not just in Japan, but in the rest of the world. It was this piece which inspired Jaeger-LeCoultre’s master enameller to adorn the reverse of this Reverso Tribute Enamel. 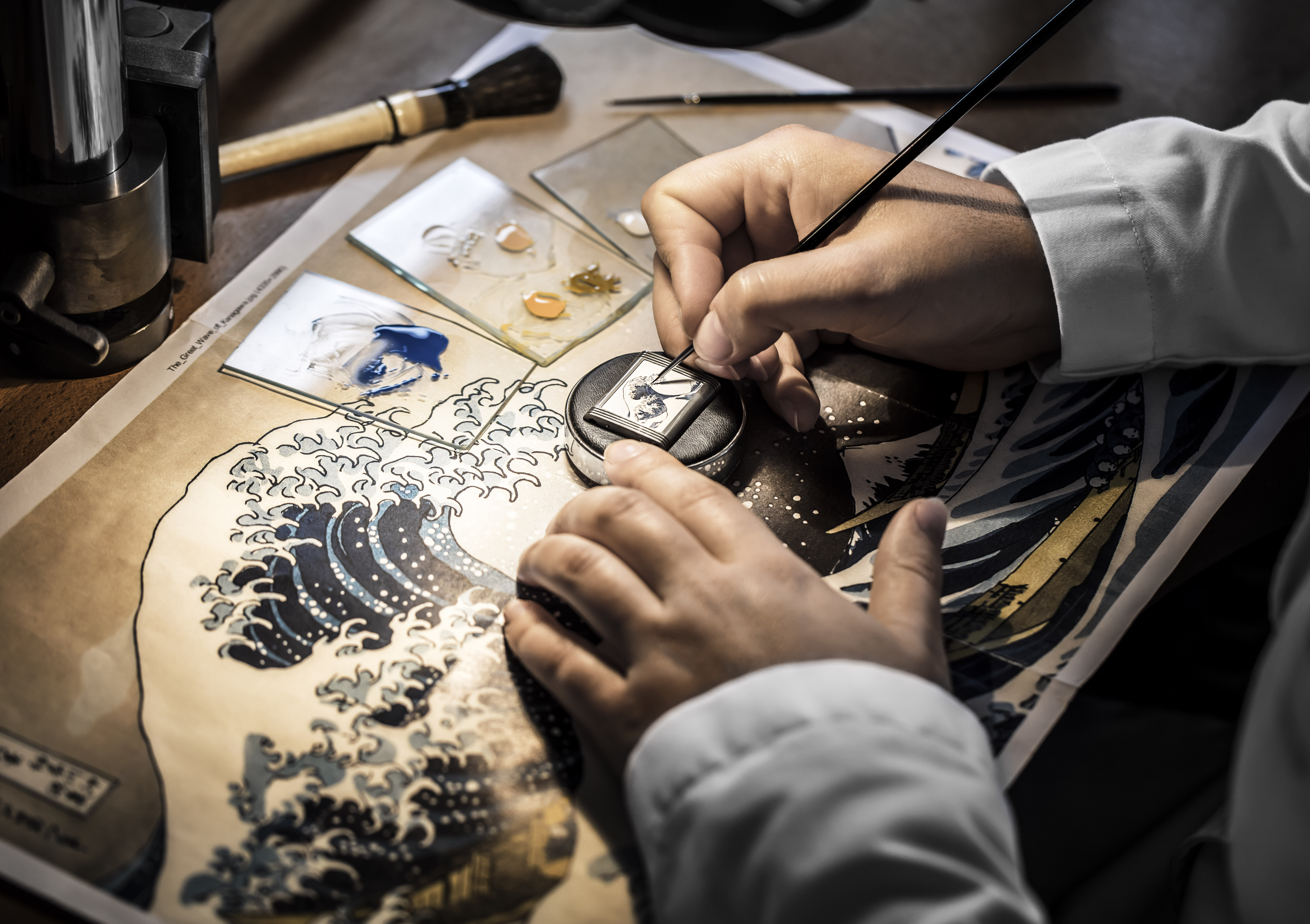 Once more, it was necessary to plan in order to achieve the desired colour as well as the tiniest elements which create the movement of the waves and the splashes of foam, without which the piece would lose all of its character and strength. With such a large scale of work, the finesse of the detail was certainly a challenge. It was also very difficult to reproduce such a calm and smooth sky, without a single brushstroke appearing. As such, this work presented the difficulties of the two preceding creations, demanding both an almost pointillist level of detail and the delicacy of Xu Beihong’s expansive painting.

What could be a more beautiful canvas for these masterpieces of the art world than the Grande Maison’s ultimate icon, the Reverso, with its reversible case that lends itself so well to the art of decoration and particularly to enamelled miniaturisation? The Reverso Tribute Enamel watch, with its Art Deco styling inherited from the first Reverso model in 1931, faceted applique hour-markers, and Dauphine hands, presents a piece brimming with personality which adds even more value to this exceptional artisanal craft.

These three new Jaeger-LeCoultre pieces attest to the majesty of the precious expertise dwelling in the heart of the Rare Handcrafts “Métiers Rares” workshop, a symbol of the Grande Maison’s artistic creativity and its vision of the world of art and culture. 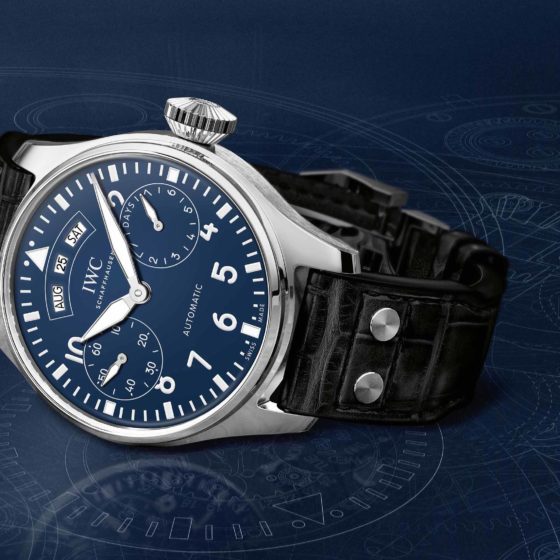 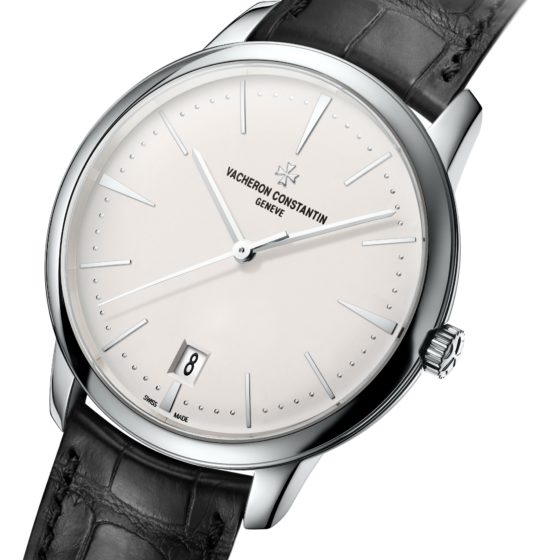