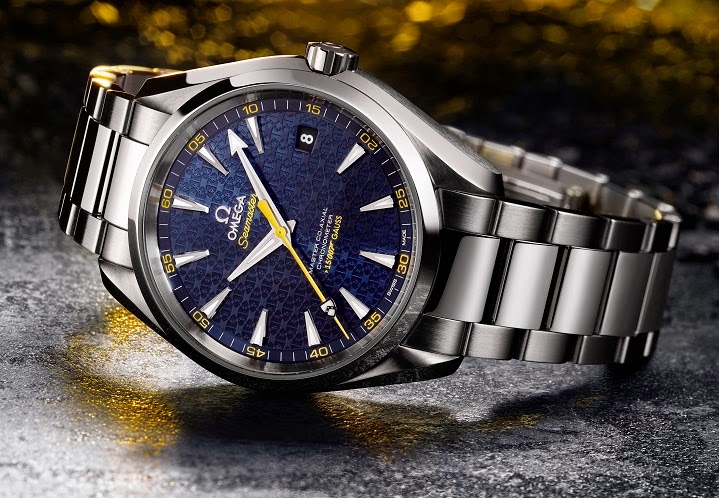 Do you recognize films about British Secret Service agent – James Bond ? Of course you do, they are well-known all over the world. Everything has started in 1962 when Eon Productions released the first cinema adaptation of an Ian Fleming novel.

James Bond for many years has been surprising the viewers with incredible action on the big screen. Great sense of style with his tasteful suits, fast cars and luxury watches. For many decades James Bond films got a wide range of fans all over the world.
And, this is not an over. The 24th film called ‘Spectre’ is planned to appear in 2015. 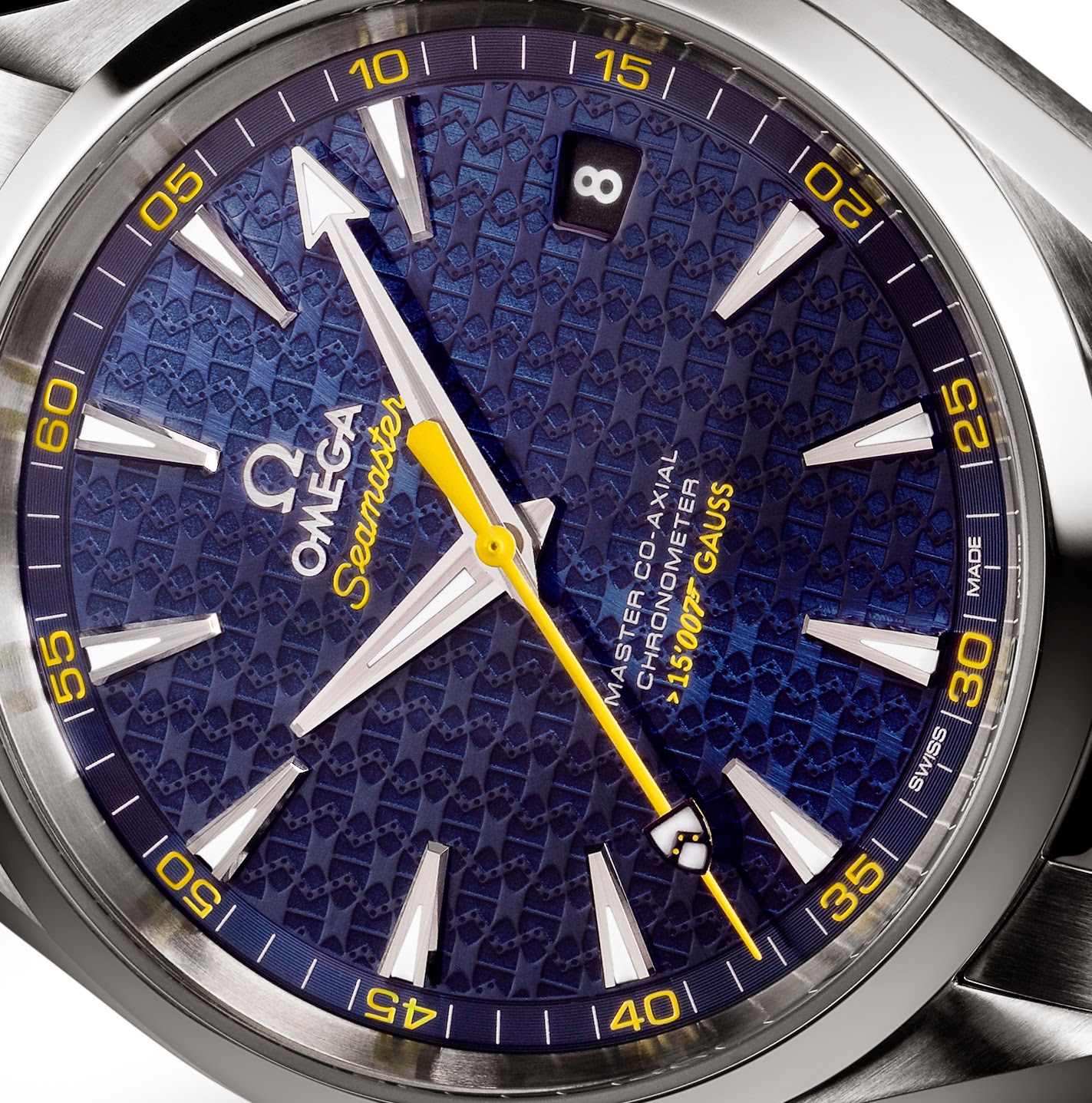 For this occasion Omega decided to create a limited edition Seamaster Aqua Terra 150M watch, which is inspired by the Bond’s family coat of arms. I have to admit that this watch really appeals to me. So, coat of arms is a very significant part of the watch design and we can notice that at the first sight of the eye. Starting with the magnificent blue dial, in which the symbol is frequently applied. The result is the compact and dynamic pattern. A whole dial is contrasted by intensive yellow time scale and a central seconds hand with coat of arms attached on it. Everything is complemented by distinctive Aqua Terra luminescent indexes and hour, minute hands in a ‘spiky’ shape. 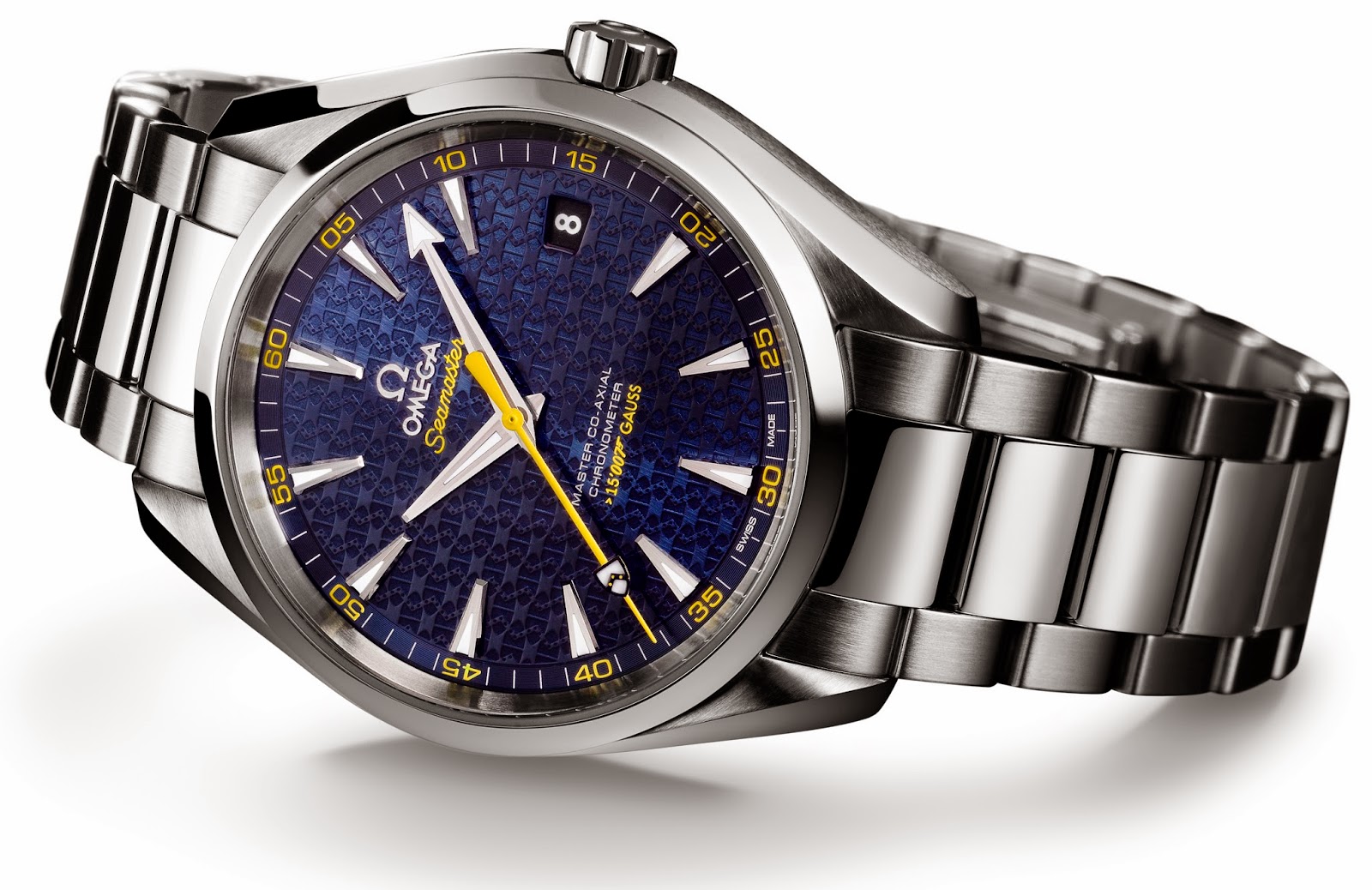 Durable, sporty watch with the only most important complications, namely the basic hours, minutes, seconds and a date displayed in the aperture at 3 o’clock. The new watch is powered by completely new Omega Master Co-Axial 8507 movement. The fulminant fact is that it is equipped with a magnetic fields resistance greater than 15,007 gauss. Everything is assembled within with the 41.5mm case in stainless steel. An icing on the cake is the oscillating weight of the movement, which can be seen through the transparent sapphire crystal caseback. It has been perfectly cut and shaped to look like a gun barrel – a design feature linked with the James Bond.

New Seamaster Aqua Terra 150M will be limited to symbolic 15,007 pieces and will be officially revealed at Baselworld 2015. 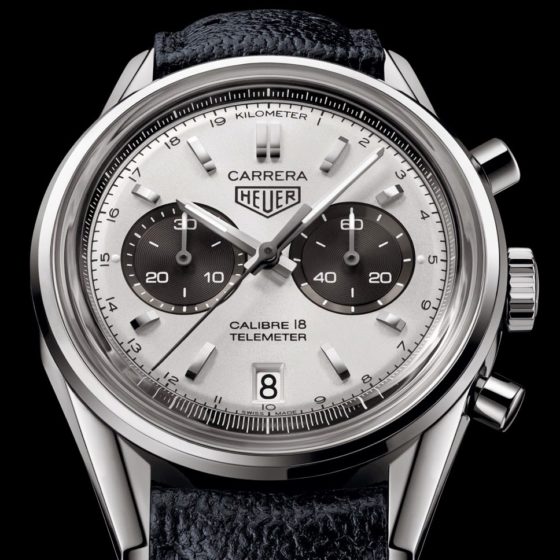