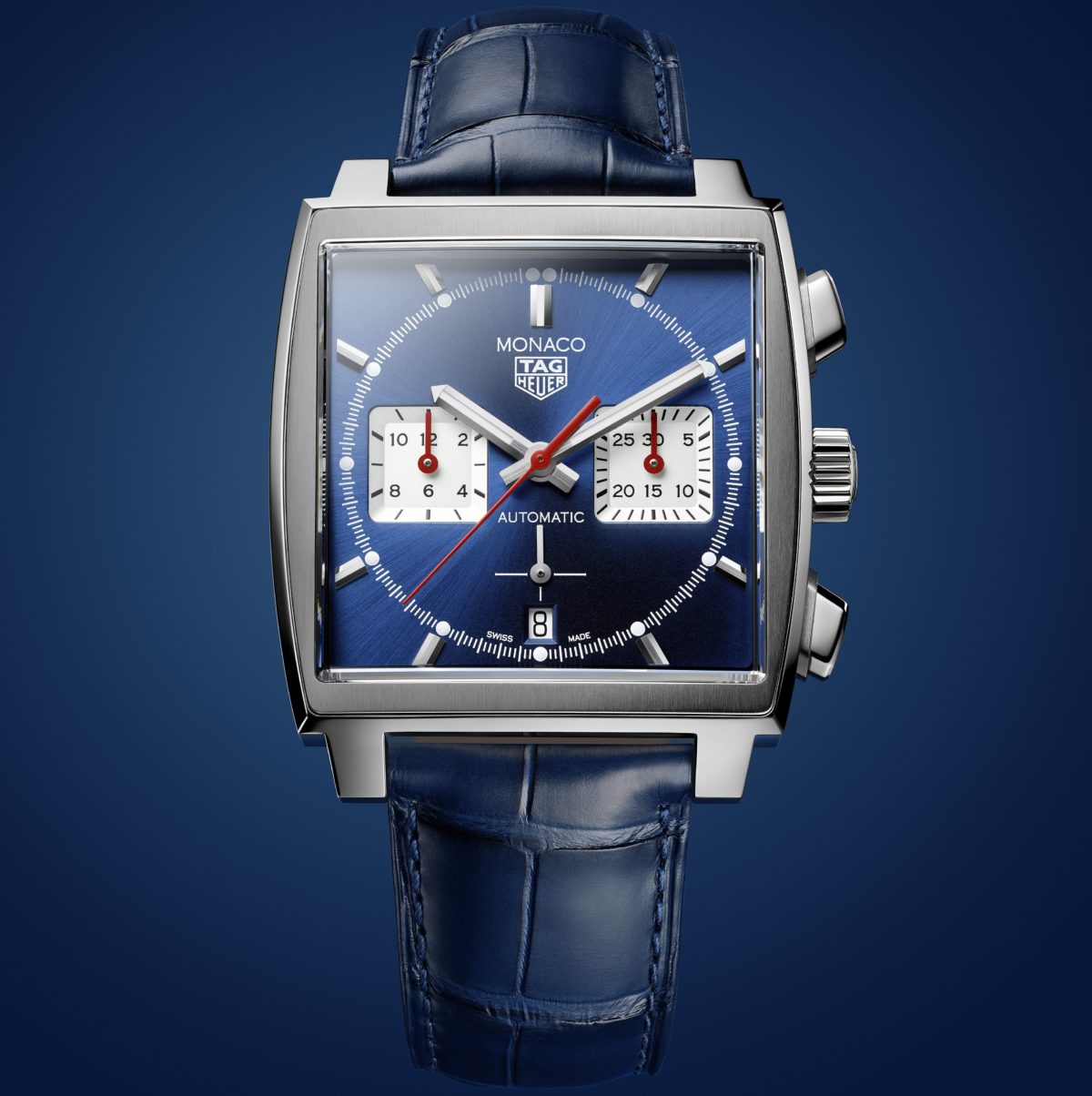 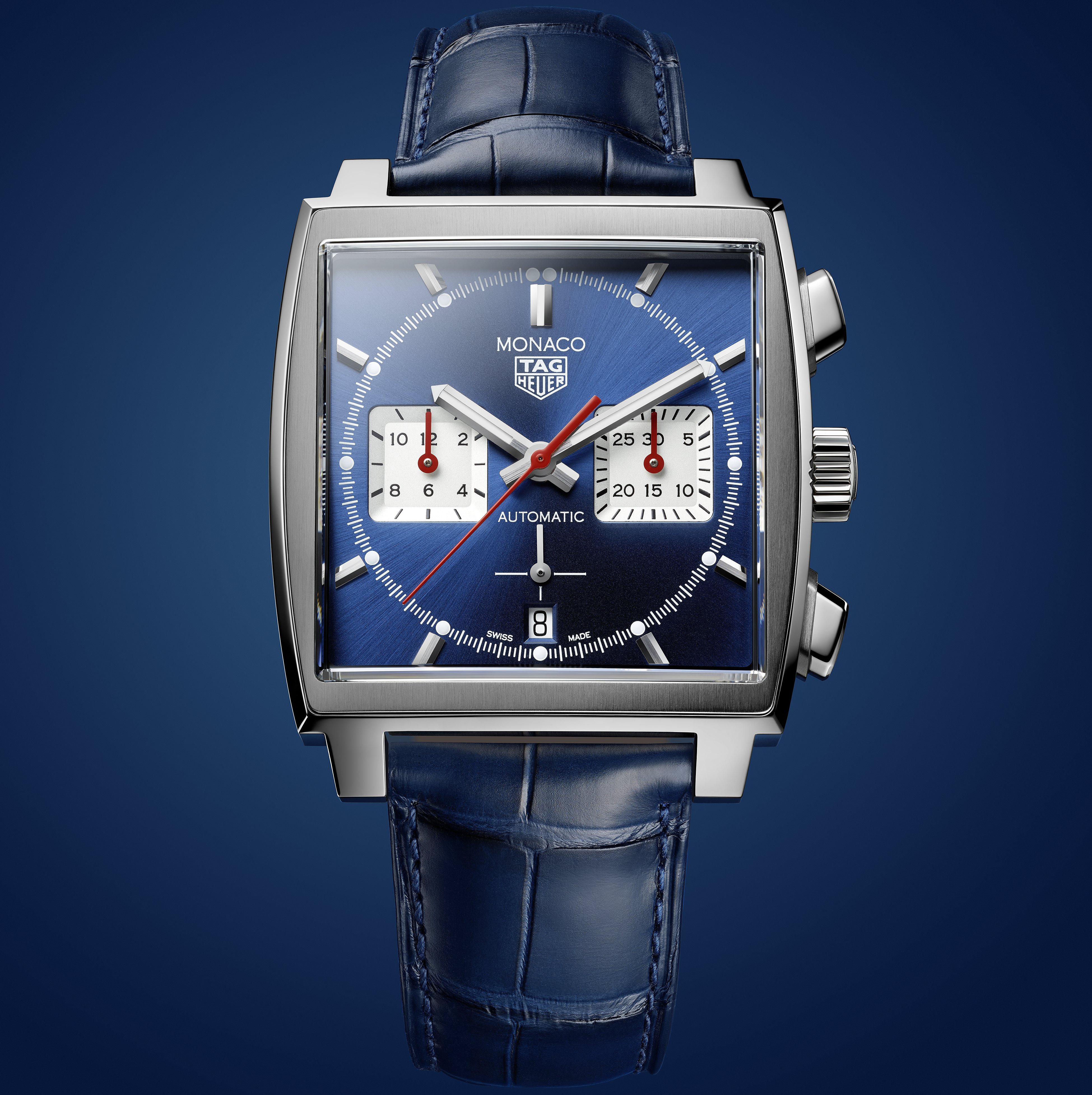 Throughout 2019, TAG Heuer has celebrated the 50th anniversary of the legendary Monaco timepiece with special-edition releases and events around the world. The latest launch sees the Monaco with not only an updated appearance, but a technological first as well: for the first time in its half-century history, the Monaco is powered by an in-house manufacture movement.

Alongside this new release, the Swiss luxury watchmaker is introducing a final edition of the Calibre 12 movement. The Monaco timepiece is distinguished by a refreshed design and contemporary grey dial. This edition is limited to only 1,000 pieces. 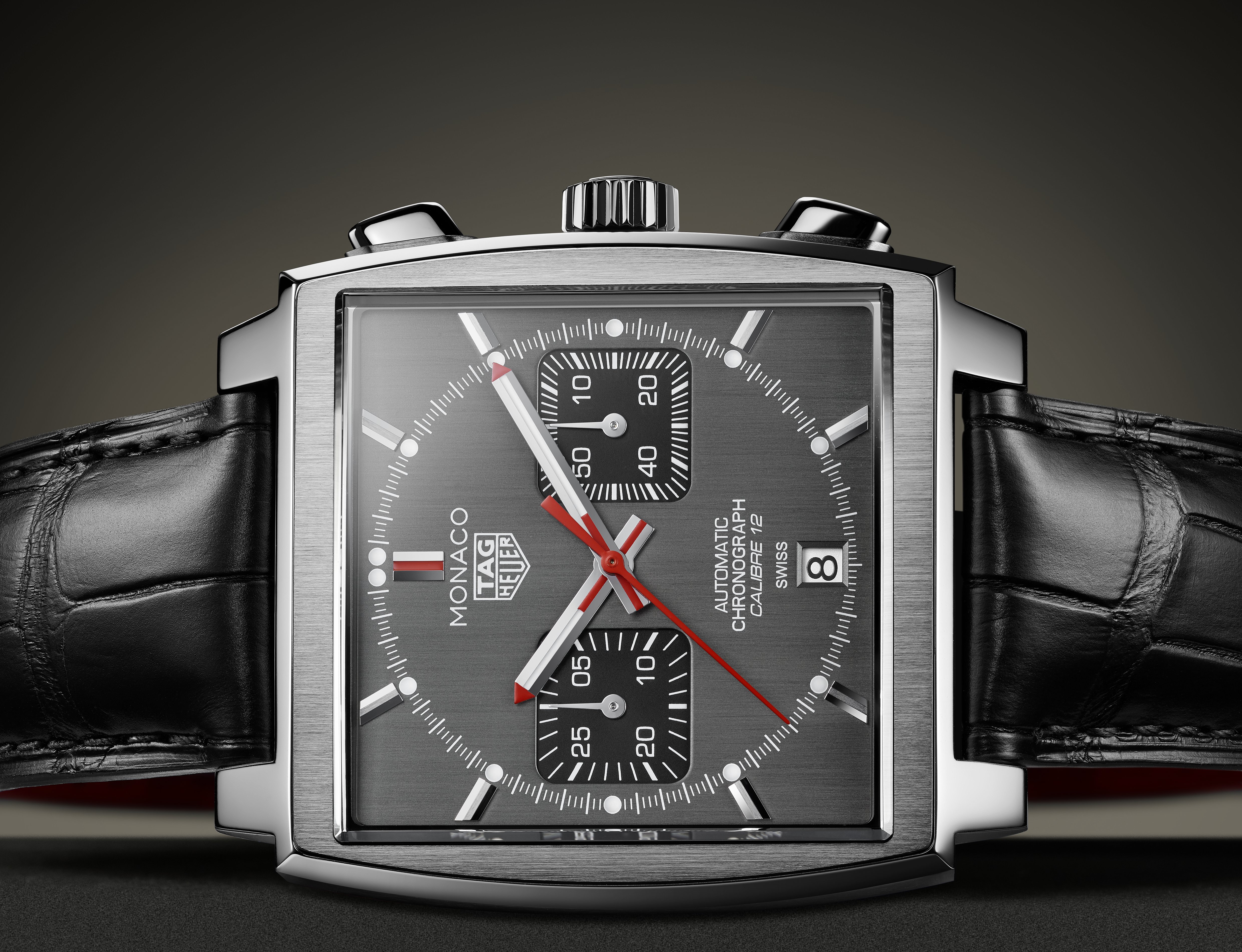 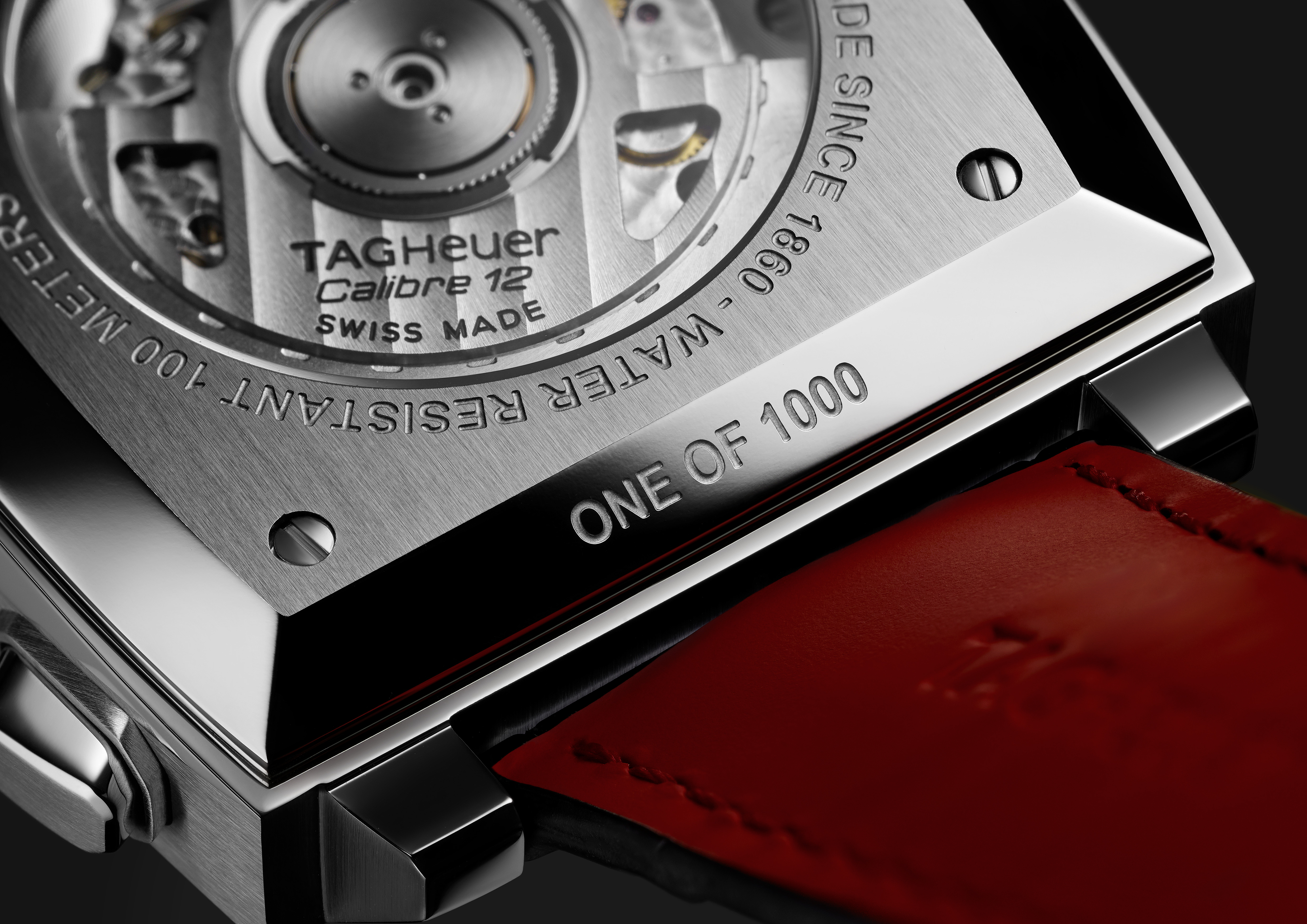 Combining innovation with its passion for precision timekeeping, TAG Heuer launched the Calibre Heuer 02, an in-house movement developed and manufactured in Switzerland, in 2017. This important automatic chronograph movement is now available inside a Monaco case – one of the brand’s most iconic products, and one that reflects TAG Heuer’s daring and unconventional spirit. Because of the Monaco’s unique square shape – a feature that renders this timepiece instantly recognisable – TAG Heuer’s watchmakers had to re-engineer the interior of the case to house the manufacture calibre. In addition to this change, the new Monaco also features a slightly revamped dial, which is clearly inspired by early Monaco models. It is also different from the Calibre 11 Monaco design, which features the crown on the left side of the case due to the construction of its movement. 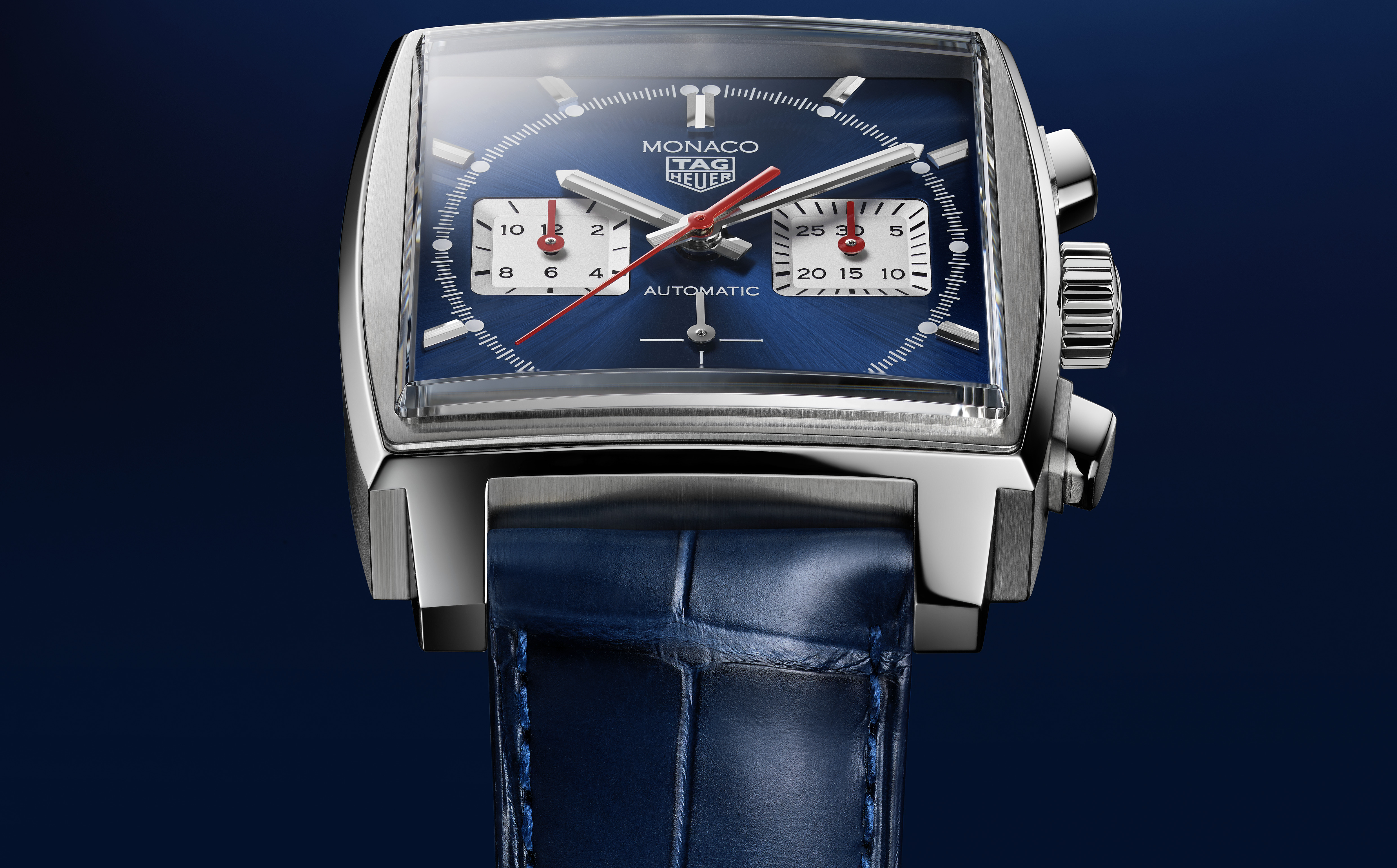 The stainless-steel Monaco Heuer 02 introduces a radiant blue PVD sunray dial that is complemented by a navy alligator leather strap with navy stitching. The dial features updated silver opaline counters at 3 and 9 o’clock, eight tri-faceted indexes and a new permanent second indicator above the date at 6 o’clock. Red accents on the central seconds hand and chronograph counter hands enhance the sporty design of the watch.

The thin Calibre Heuer 02 that equips this timepiece boasts an impressive power reserve of 80 hours. By integrating this movement inside the Monaco, TAG Heuer has combined one of its most iconic products with its most advanced in-house watchmaking expertise. 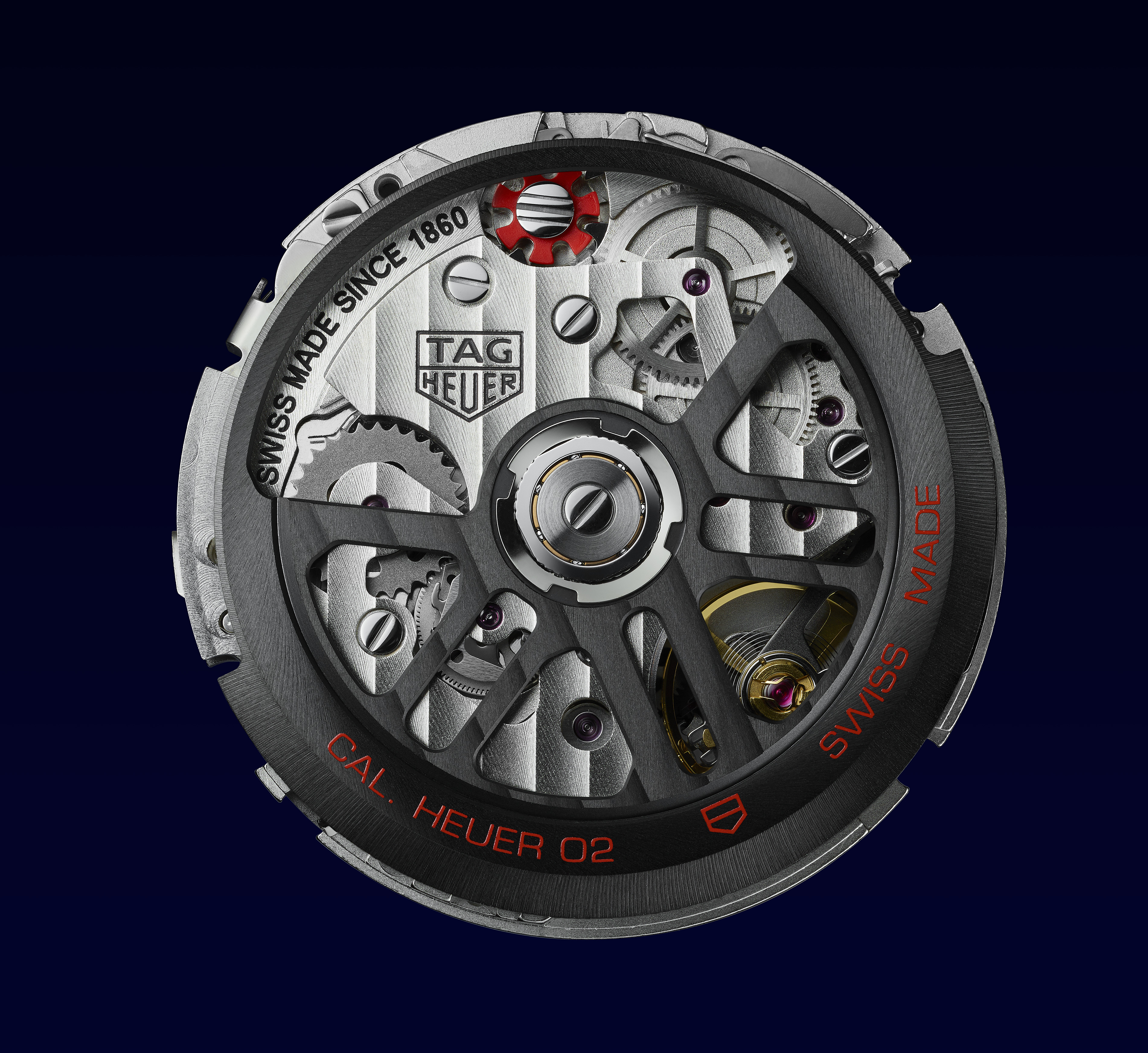 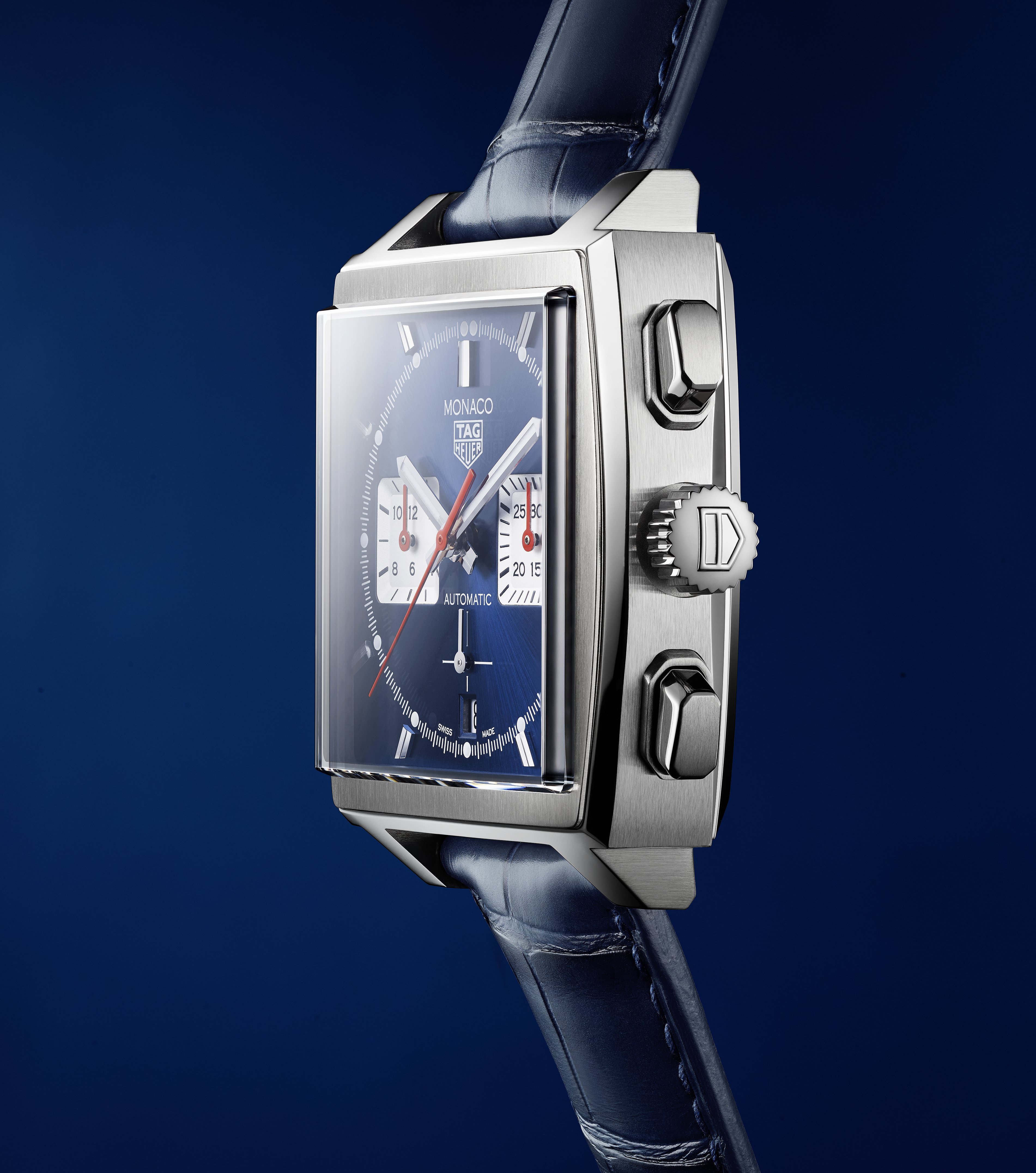 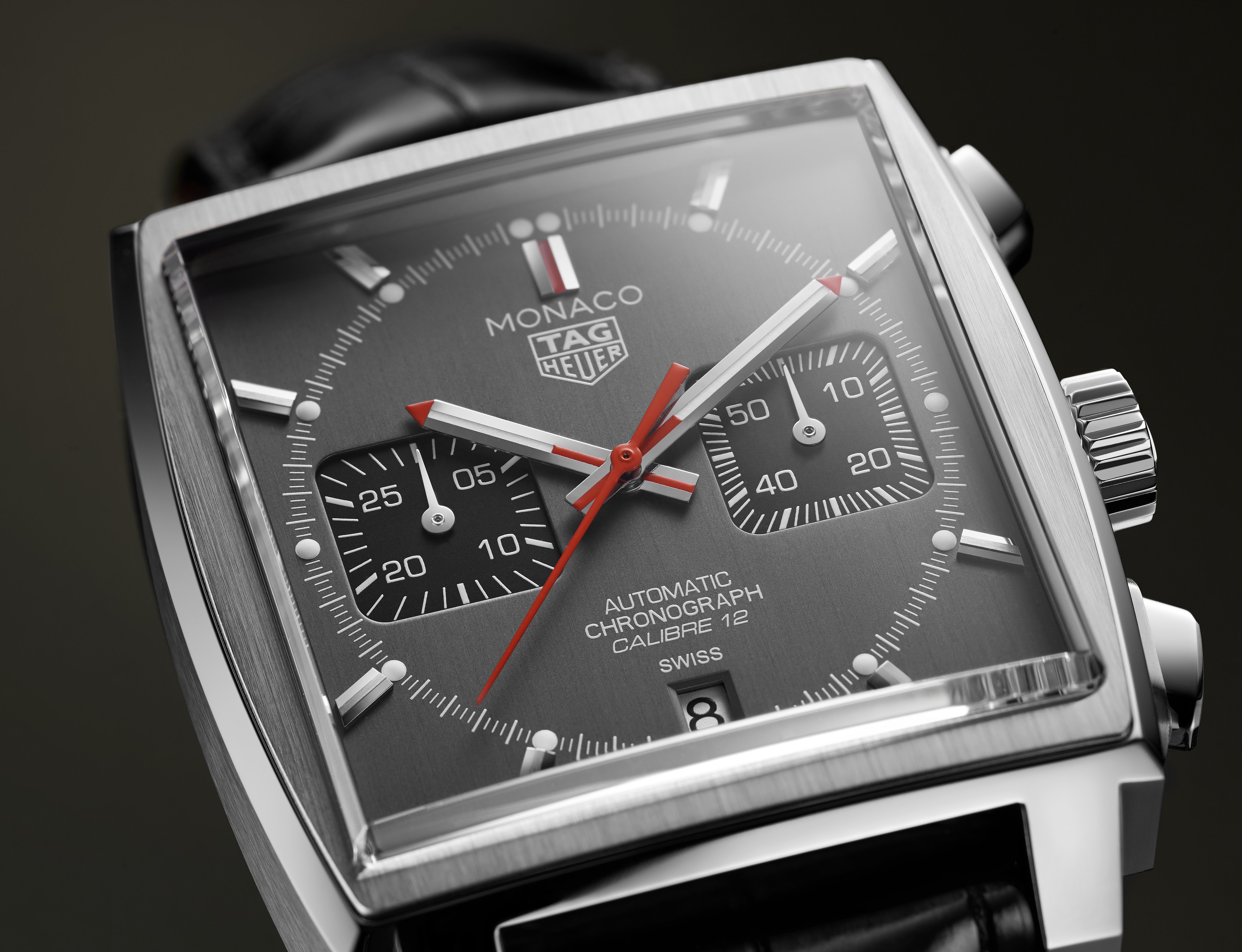 In contrast to the movement that initially equipped the Monaco – Calibre 11 – the Calibre 12 gave the renowned timepiece a sleek, traditional appearance, because it required the crown to be on the right side of the case, as opposed to the left side as with Calibre 11. TAG Heuer introduces the last Calibre 12 Monaco model with a stunning grey dial. Outfitted with a classic black alligator leather strap, this stainless-steel model features a vertically brushed ruthenium dial. Ruthenium, RU44 on the periodic table, is part of the platinum group and has a dynamic iridescent colour that changes in different shades of light. The smooth black opaline counters at 3 and 9 o’clock offer a refined contrast to the brushed dial. The central seconds hand, 12 o’clock index, and the tips of the hour and minute hands feature a hint of bold red, an eye-catching feature that enhances the timeless yet modern style of this horological icon. As the final edition of the Monaco Calibre 12, only 1,000 of these models exist and the stainless-steel case back of each watch is engraved with its limited-edition number. 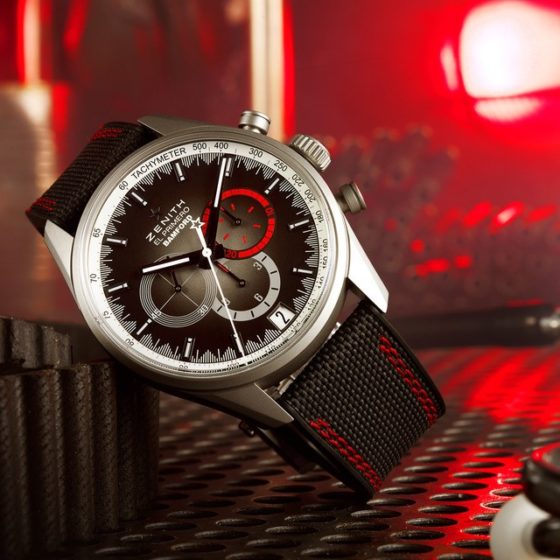 IWC Bring the Formula One World Champions to Your Wrist 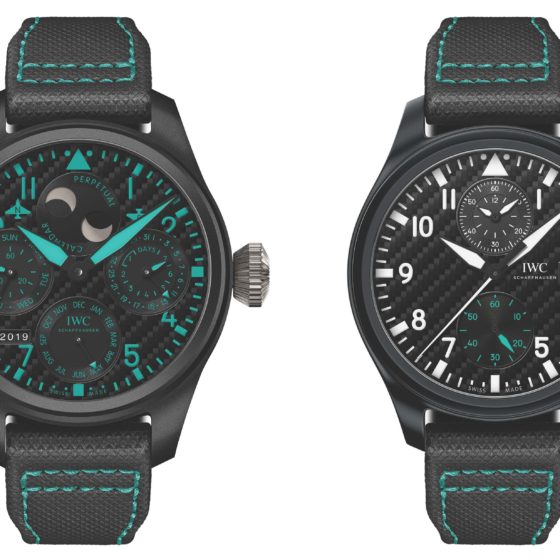