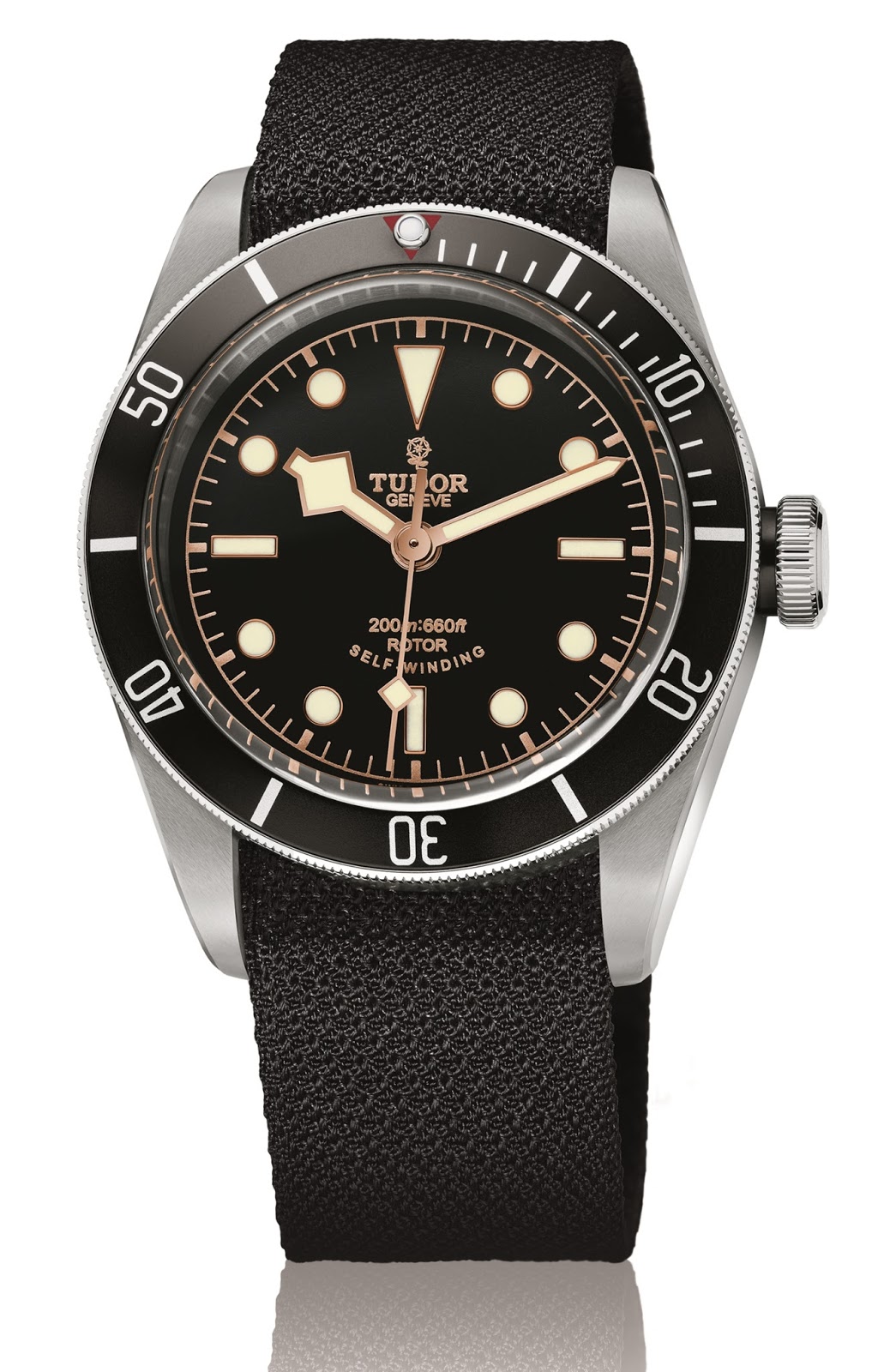 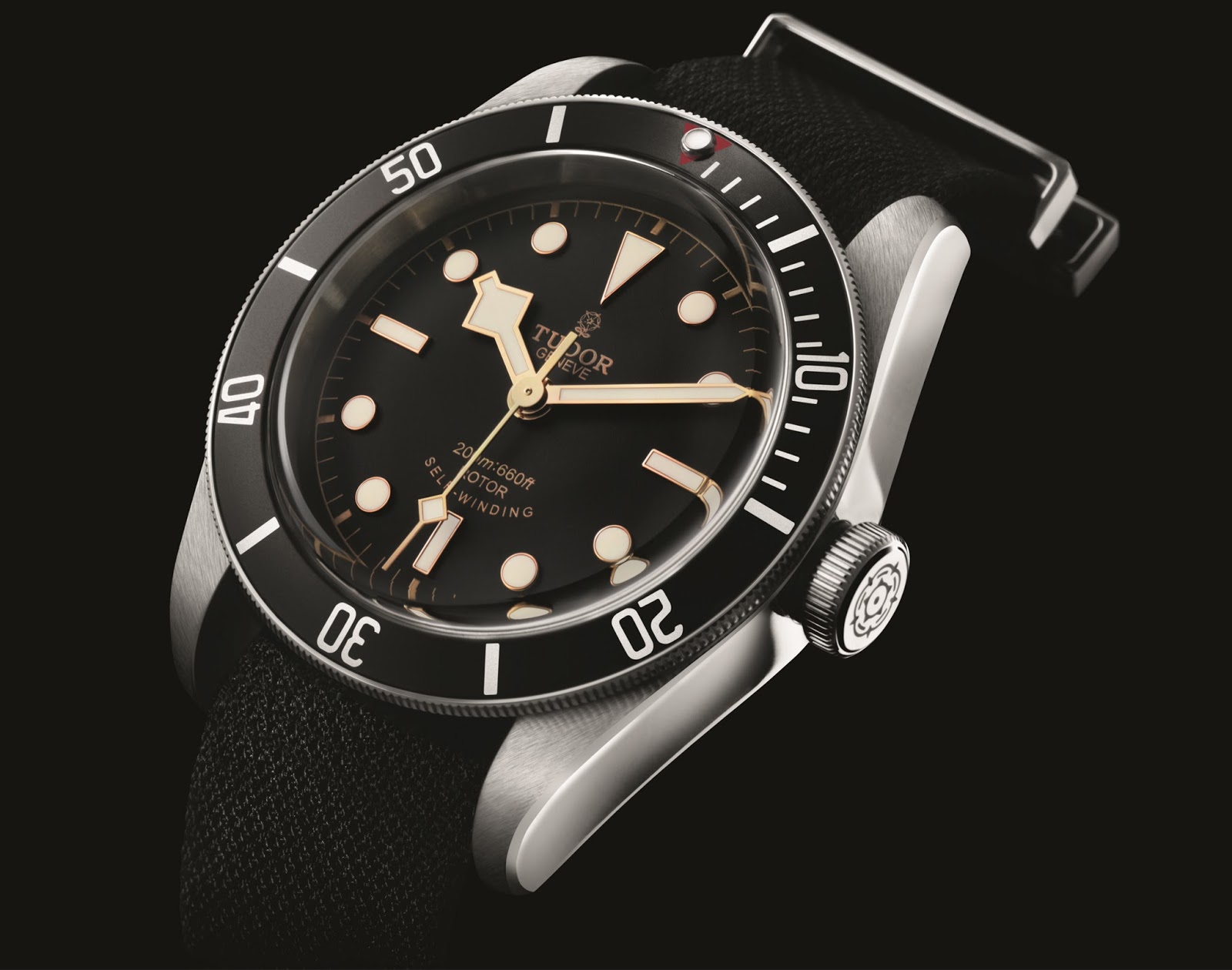 The black version of the Tudor’s Black Bay watch I have been waiting for. Most classical option to have, but in this case the best.

Black Bay collection is offered with characteristic colours to choose. Stylish lines of the vintage dive watch with the neat, modern appearance. To have a more climatic view, there is an ‘old-looking’ strap to match with the Tudor’s timepiece. 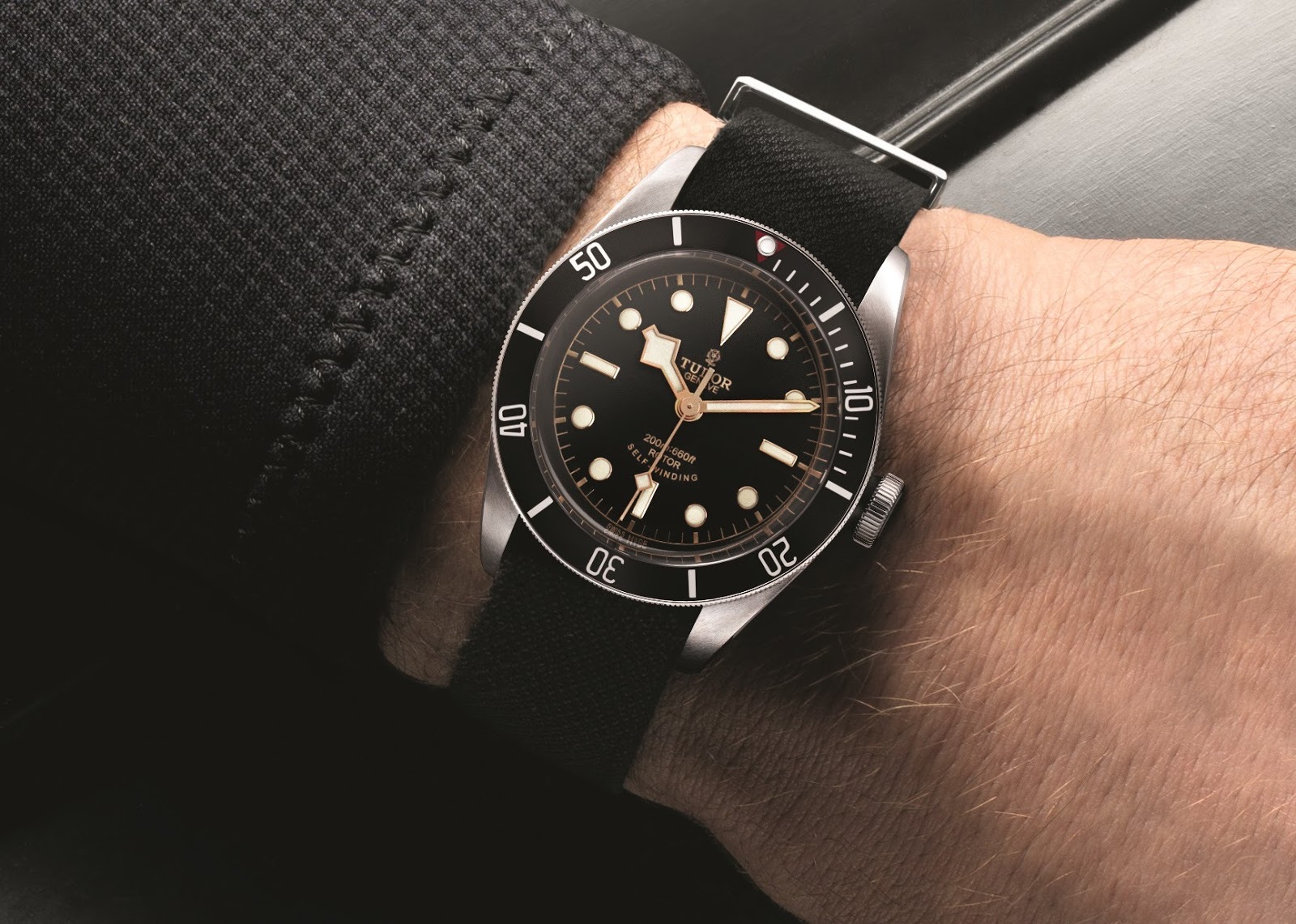 The model derives its overall lines and its domed crystal from the brand’s first divers’ watch, the TUDOR Submariner reference 7922, launched in 1954. The character of its dome-shaped dial, a detail common to the first TUDOR Submariner, is also drawn from this model. The imposing winding crown is a nod to a model presented in 1958 with the reference number 7924 and nicknamed “Big Crown” by collectors. Its characteristic angular hands, known by connoisseurs as “snowflakes”, were seen from 1969 to the early 1980s. 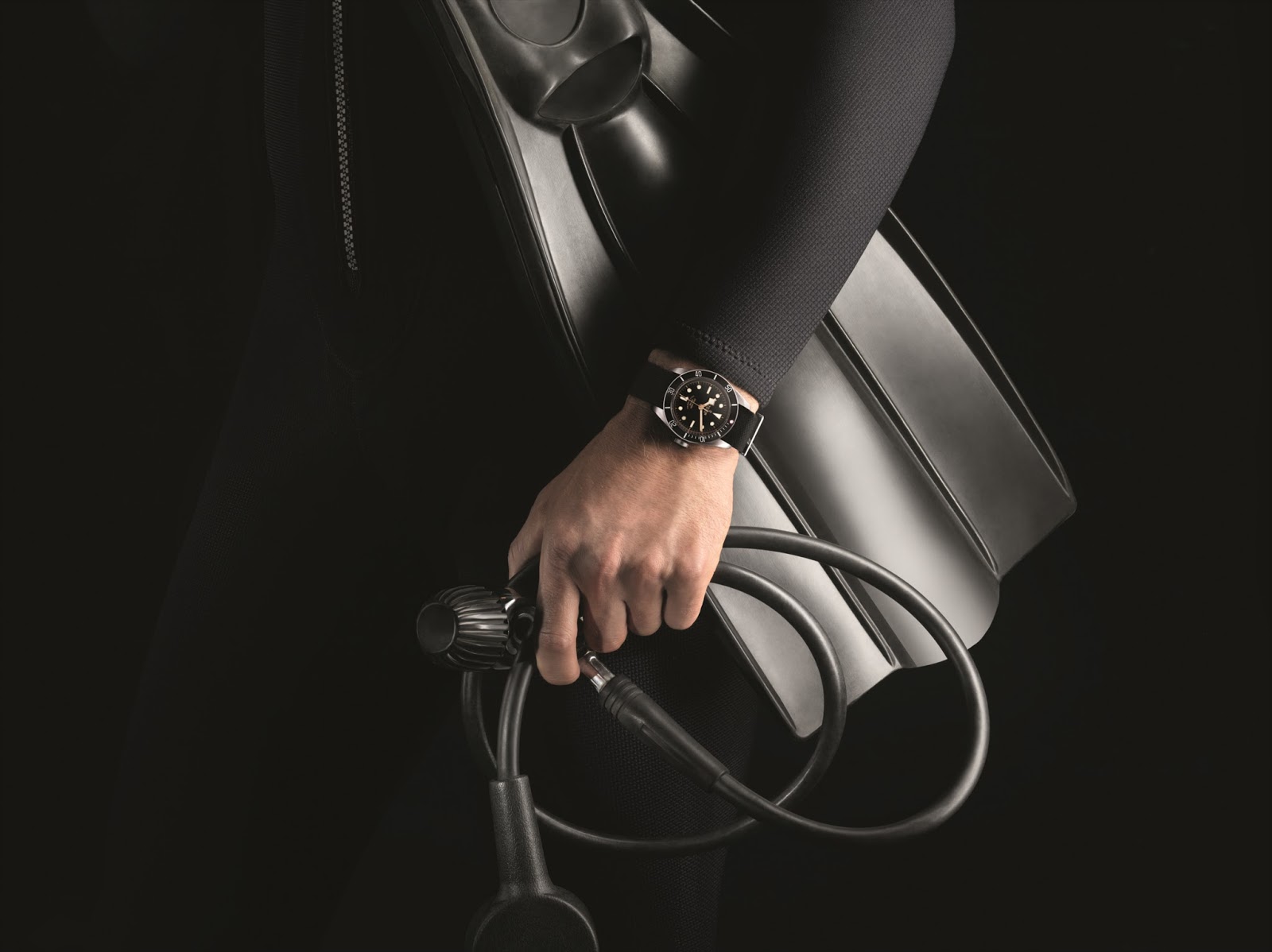 These multiple references to the brand’s aesthetic heritage, combined with contemporary design elements such as the robust 41 mm steel case with a refined finish, a coloured, anodized aluminium crown tube, as well as superbly crafted interchangeable bracelets make the TUDOR Heritage Black Bay a watch with a powerful identity that vividly embodies the brand’s renewal process. 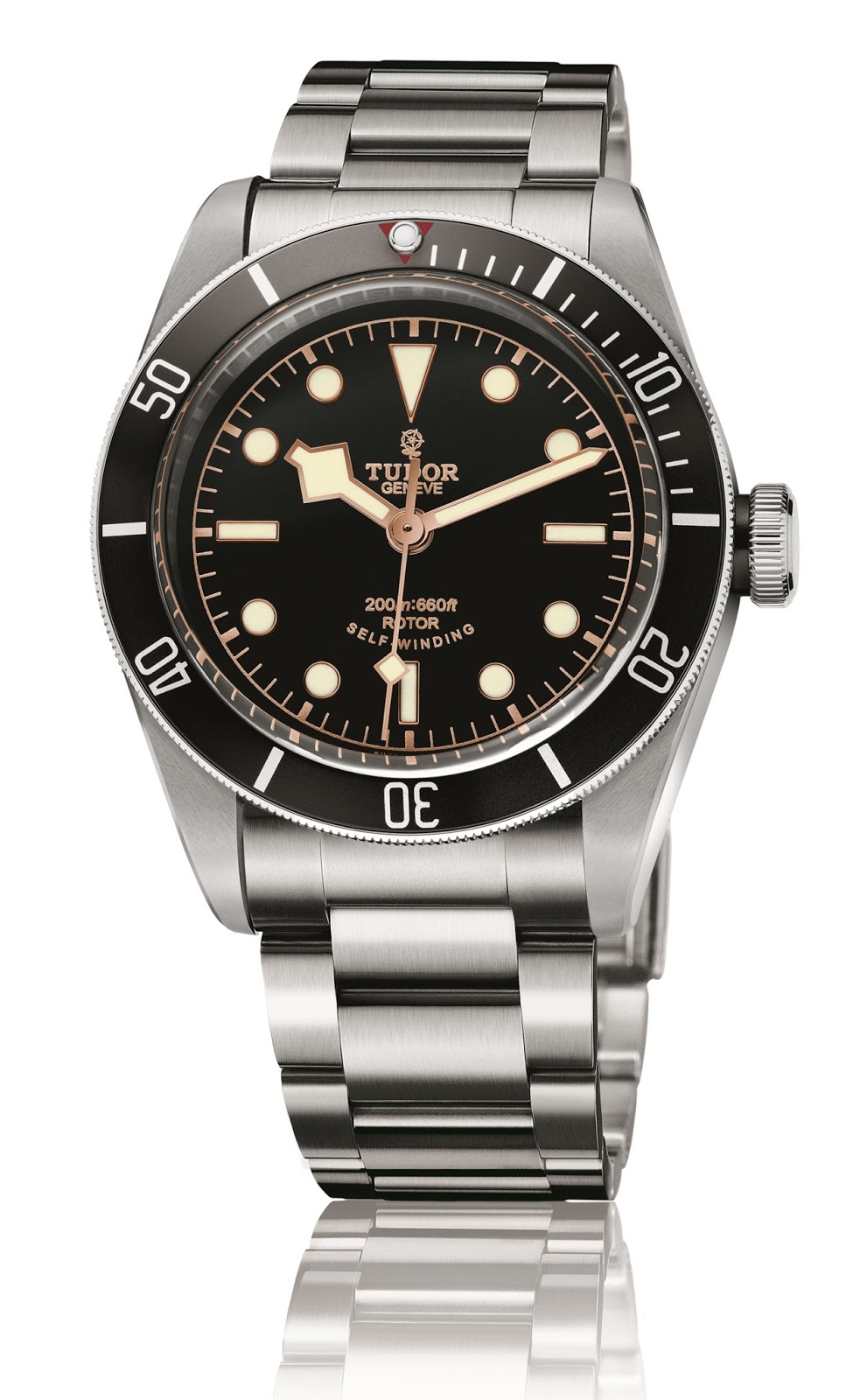 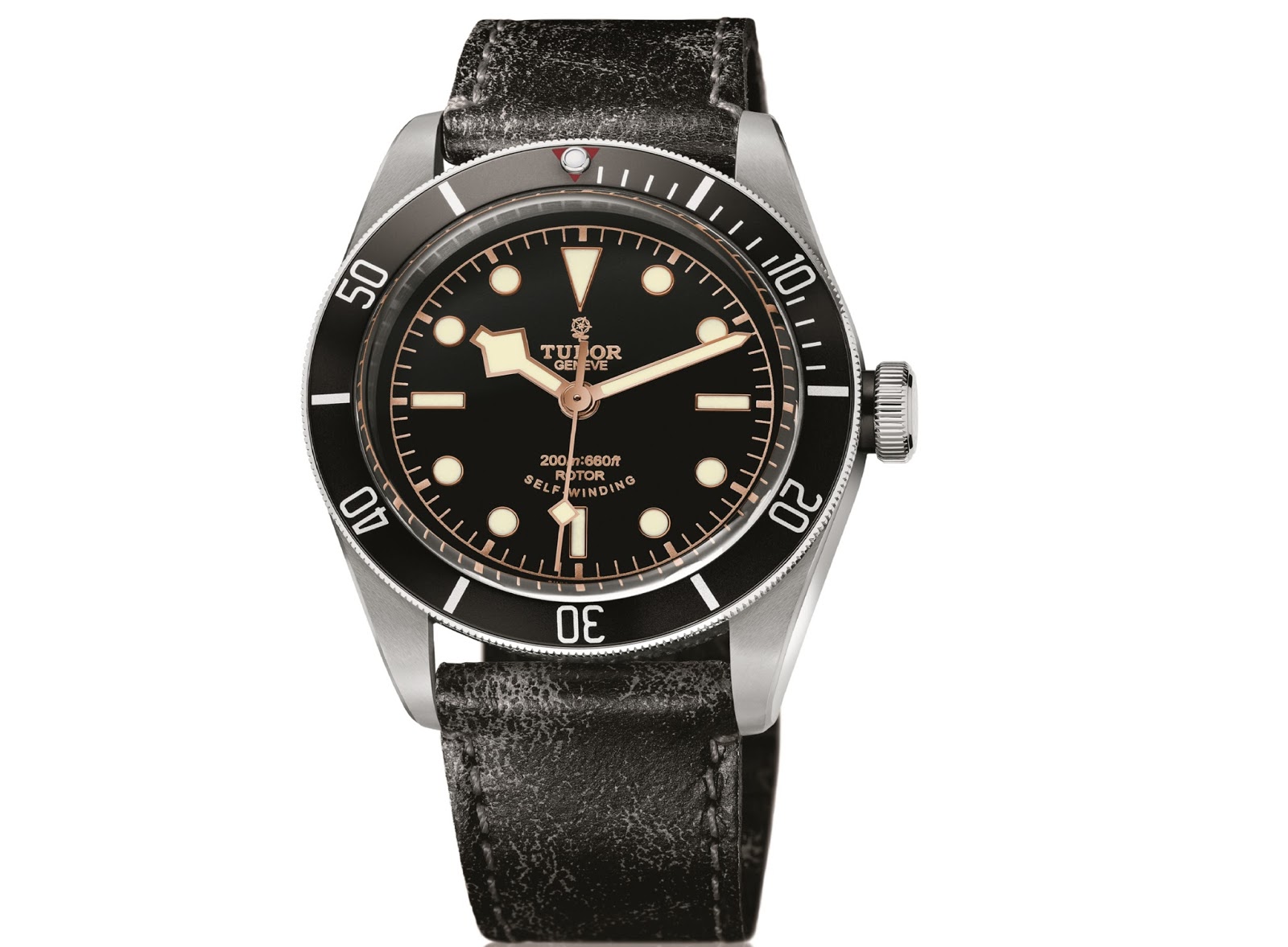 The new Black Bay “Black” is certainly the watch that comes closest to the pioneering spirit of TUDOR’s first divers’ watches. Combining historic patina with technology, it perfectly complements the Black Bay family. In a notable, unique visible detail, it adopts the famous red triangle of the unidirectional bezel from the TUDOR divers’ models of the late 1950s.

Mounted either on a brushed steel bracelet with folding clasp or on aged leather strap, also with a folding clasp, the Black Bay “Black” is accompanied by a second strap in black fabric. The strap, woven using time-honoured techniques by a traditional company, lends added value to TUDOR creations. 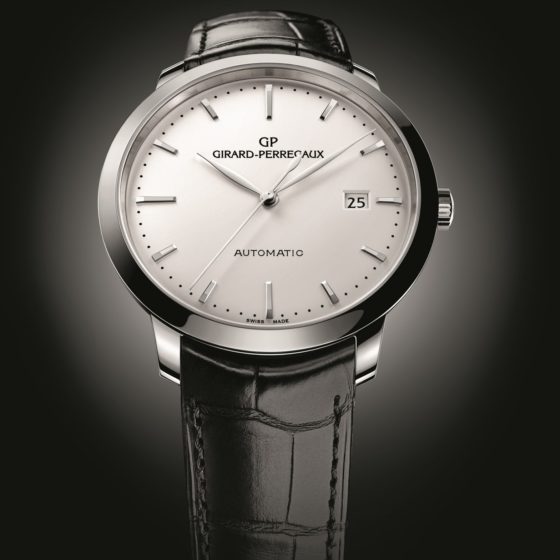