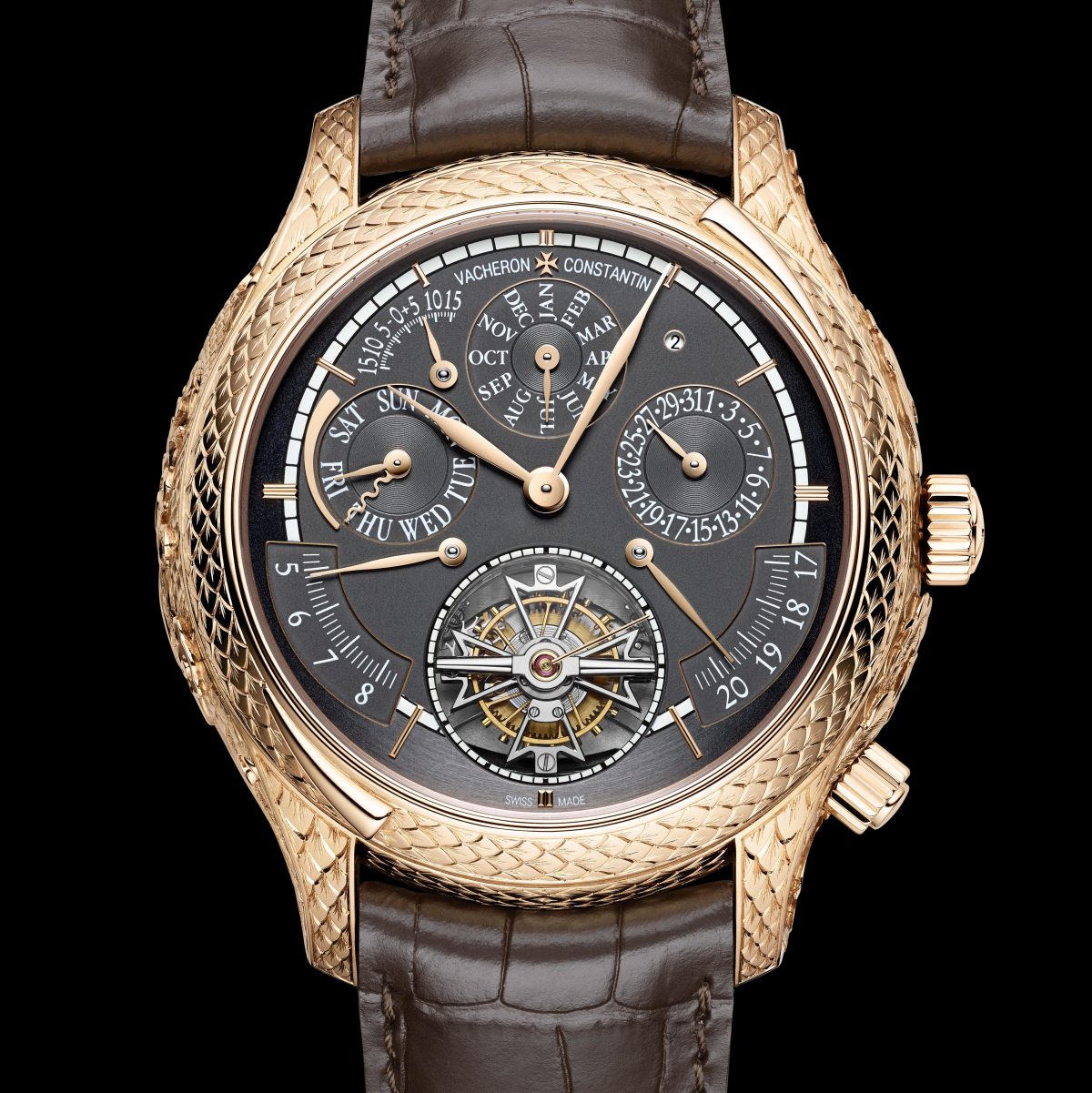 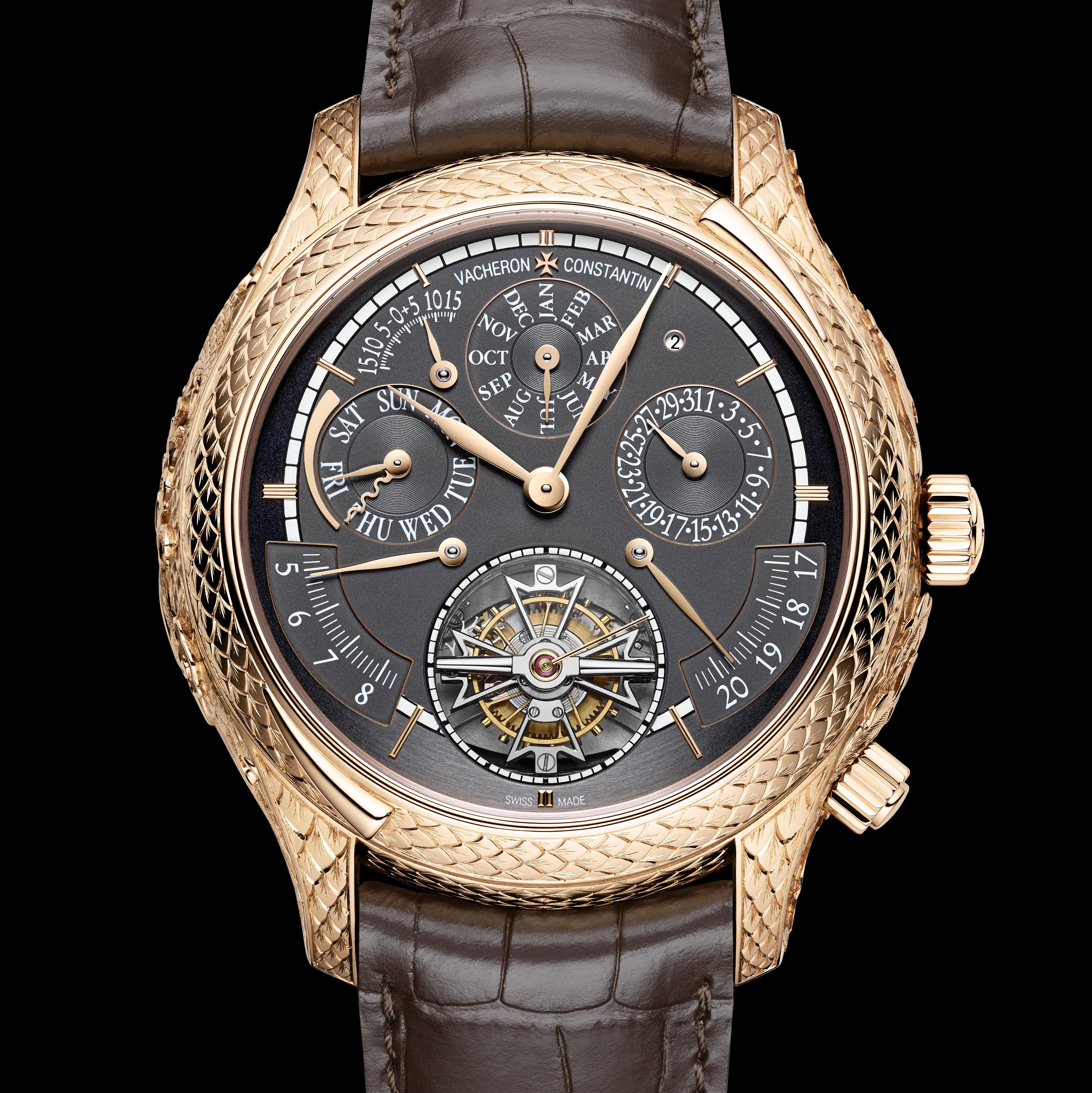 The legend of the Phoenix has been interpreted by Vacheron Constantin with its masterpiece Les Cabinotiers Grand Complication Phoenix.

Since the 18th century, Vacheron Constantin has perpetuated the tradition of the “Cabinotiers”, the name given to the prestigious and cultivated watchmakers who worked in workshops bathed in light located on the top floors of Geneva’s buildings. The expertise of these accomplished masters was backed by vast scientific knowledge, fired by a curiosity for new ideas and nurtured by the philosophy of the Enlightenment. Their deft hands craft exceptional timepieces of rare technical and aesthetic complexity, inspired by astronomy, science and the arts. 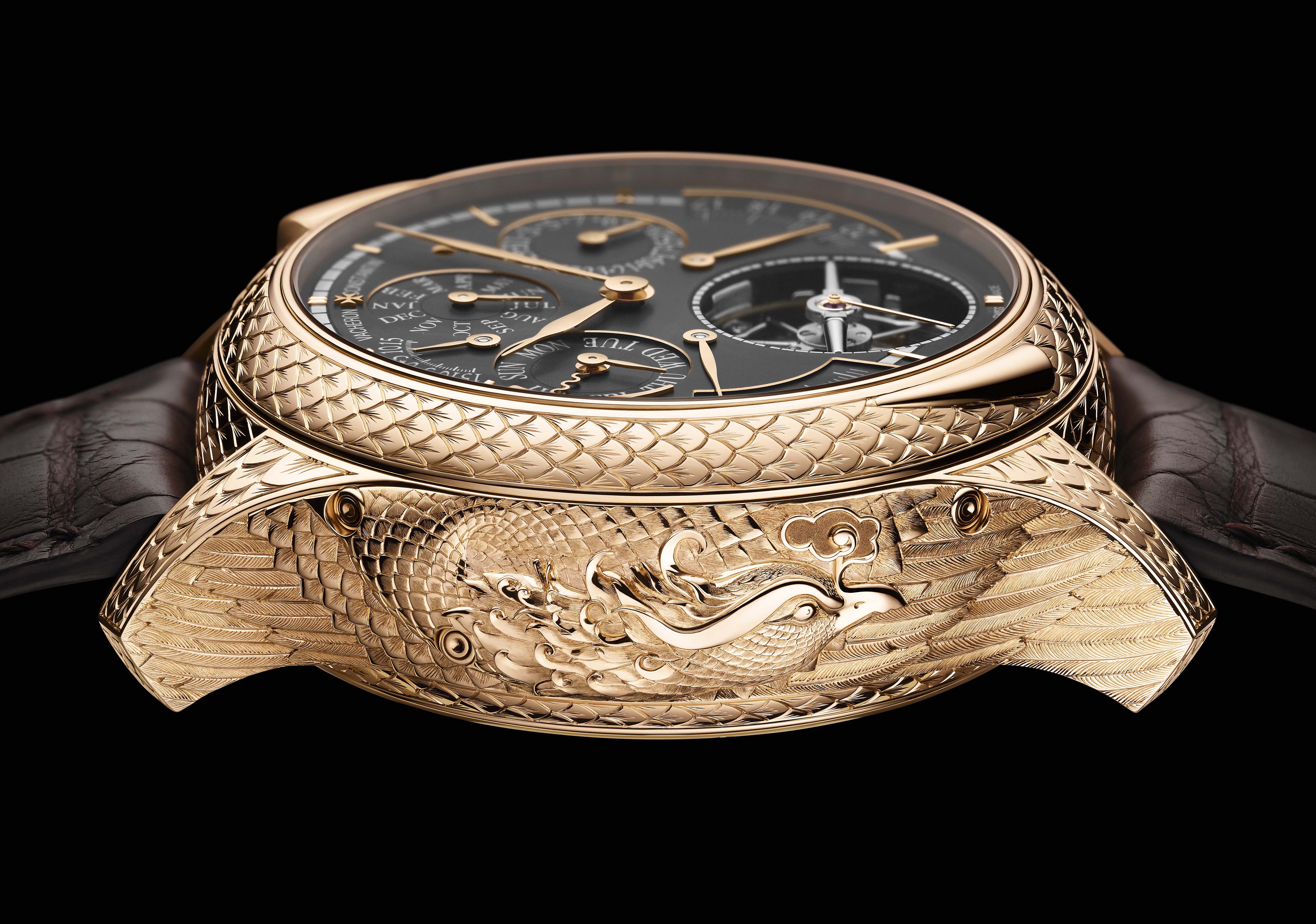 Vacheron Constantin continues to take on these highly technical and creative challenges within its Les Cabinotiers department, which gives rise to one-of-a-kind models intended for clients and collectors, along with specifically commissioned bespoke timepieces. Engineers, designers, watchmakers and craftsmen unite their imagination, expertise and passion in bringing this extremely refined watchmaking excellence to life, as is vividly testified by the new one-of-a-kind Les Cabinotiers Grande Complication Phoenix. 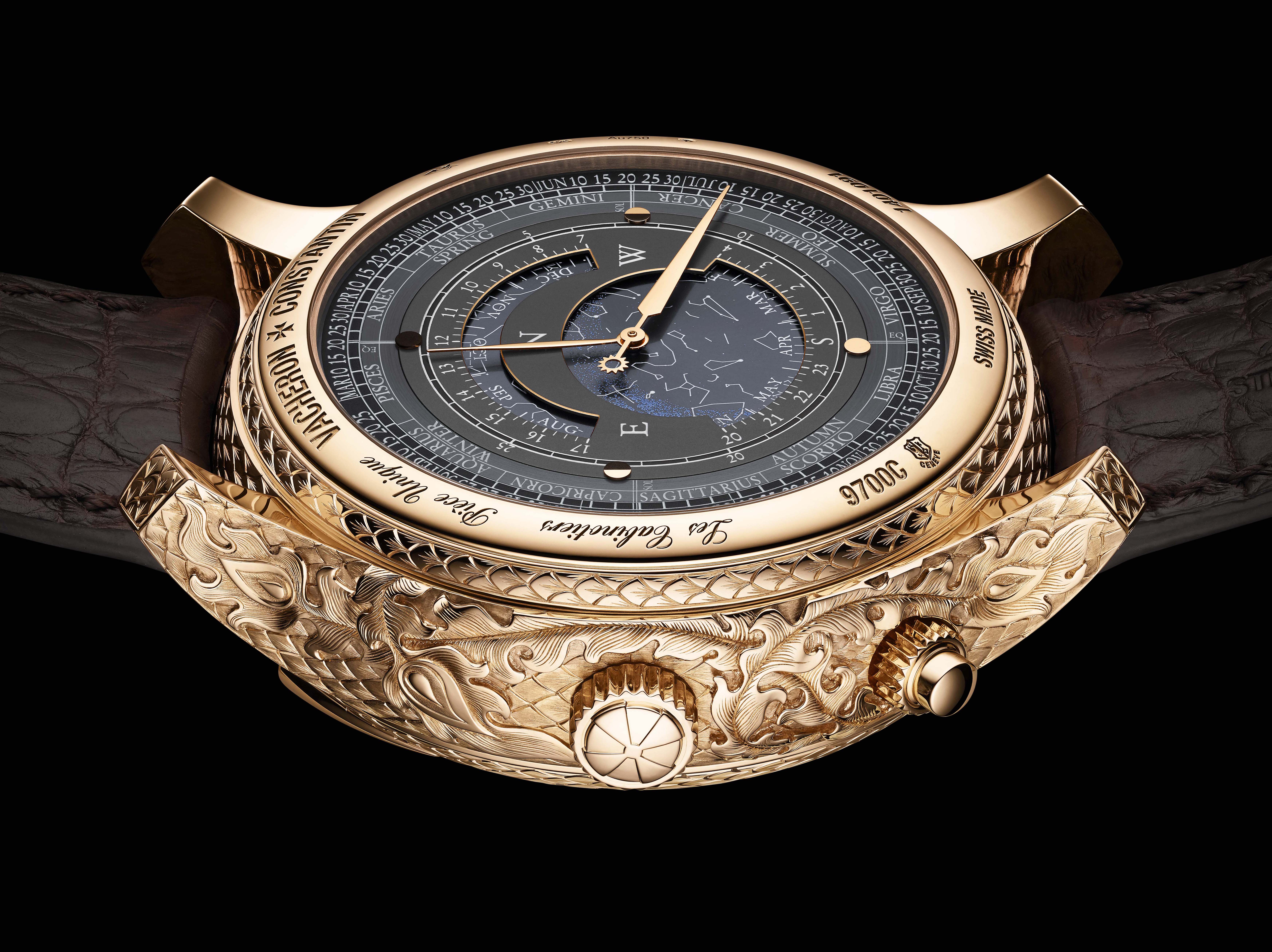 According to the legend of the Phoenix, which arose in the East before reaching Asia, this fabled bird braved the cycle of life and death by setting itself on fire and rising from its ashes every 500 years. A symbol of immortality, it inspired the creators of the Les Cabinotiers Grande Complication Phœnix watch, which also defies time with its 15 complications. 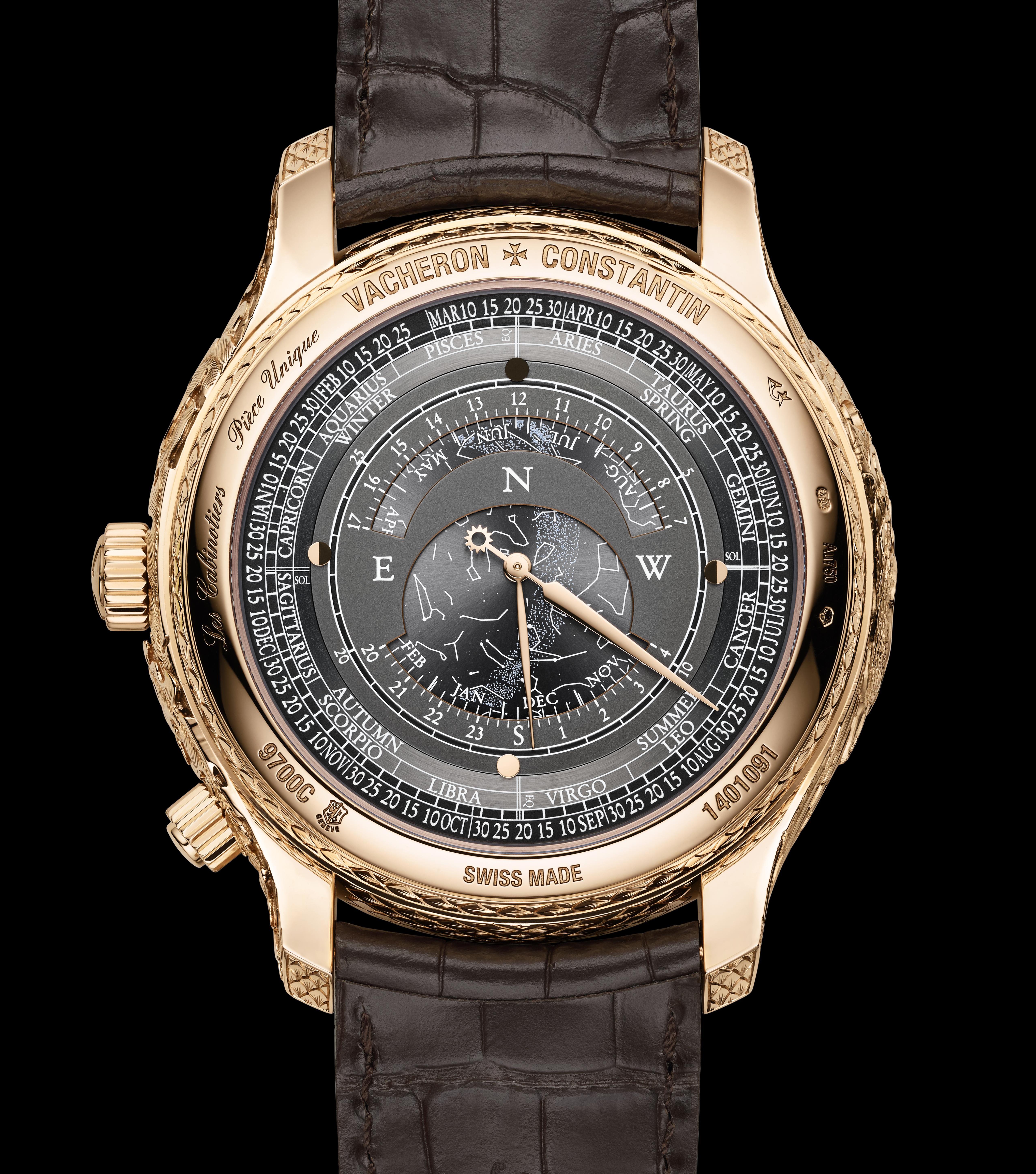 Visible on both sides of the watch, an array of indications – including perpetual calendar, equation of time, sunrise and sunset, sky chart, seasons, signs of the zodiac, age and phase of the moon, solstices, sidereal hours and minutes, power – endow it with nobility and prestige. A minute repeater and a tourbillon complete this exceptional list of functions. The watchmakers of the Les Cabinotiers department have succeeded in accommodating all these functions within the limited space of the case by maximum miniaturisation of all components, while preserving their reliability.

The numerals and hands stand out clearly against the slate-grey colour of the two dials on either side of the watch, beautifully offsetting the pink gold case. The optimal legibility of this complex model is also ensured by the layout of the additional counters and the various time indications. 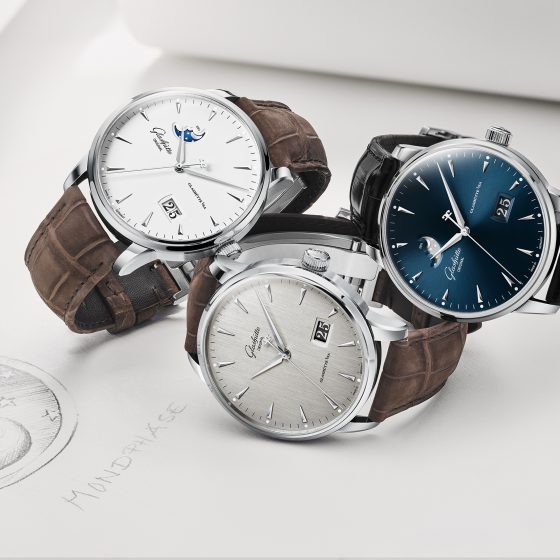 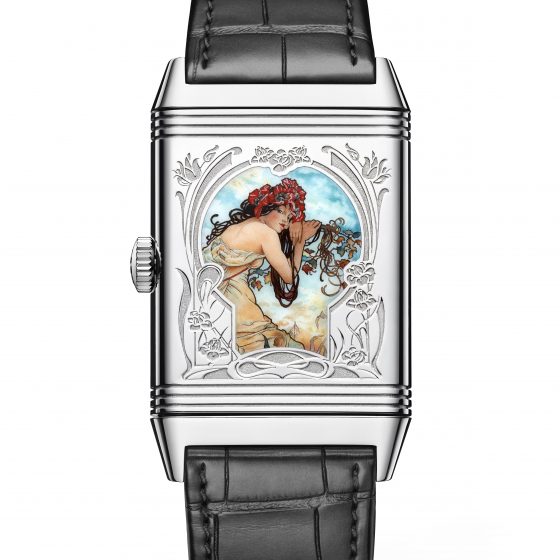