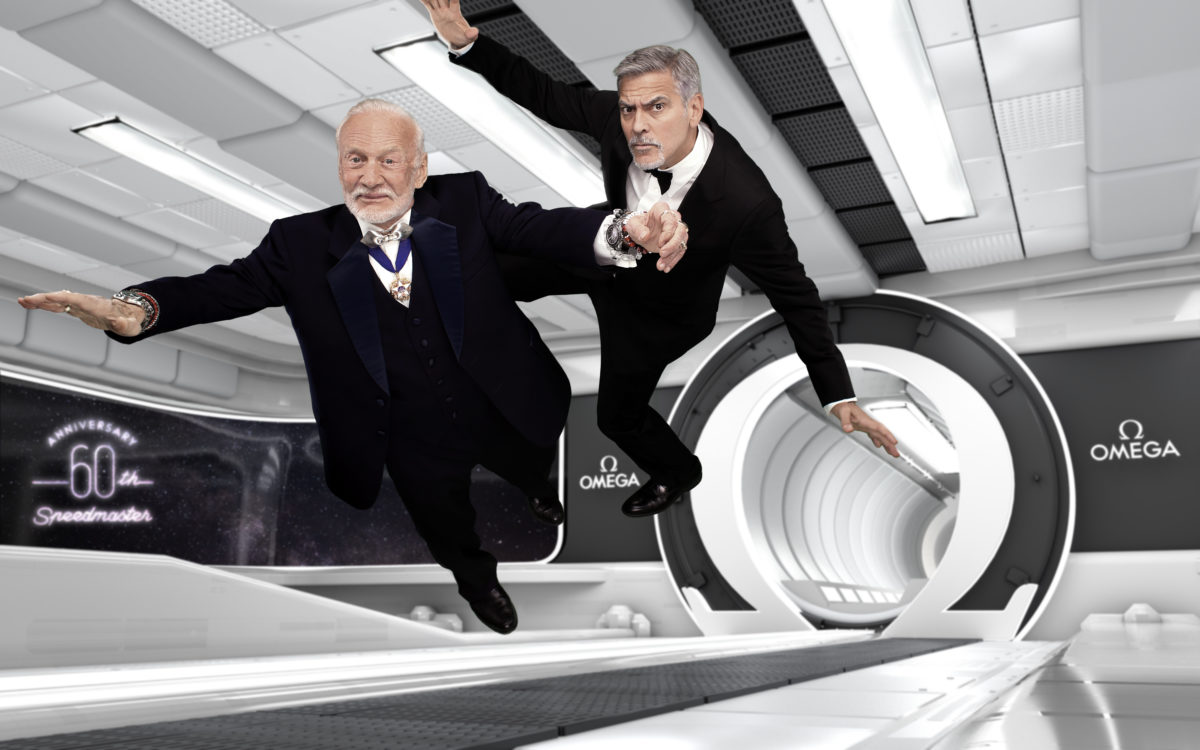 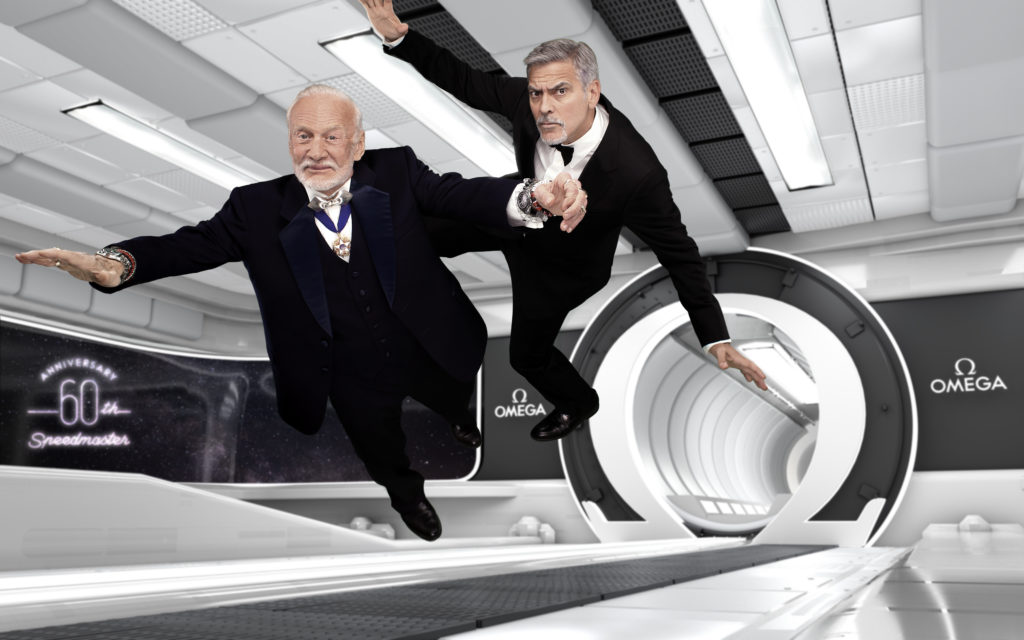 Surrounded by a universe of light and sound, OMEGA has celebrated the 60th anniversary of its iconic Speedmaster watch with a star-filled event in London.

George Clooney and Buzz Aldrin were the guests of honour at the “Lost in Space” evening, a theme which paid tribute to the Speedmaster’s unrivalled legacy in space exploration.

The night was hosted by Professor Brian Cox at London’s Tate Modern which was transformed to give guests a truly sensory experience. Inside, the venue was given a sleek and futuristic touch with a centrepiece of 60 important Speedmaster models from 1957 to 2017. 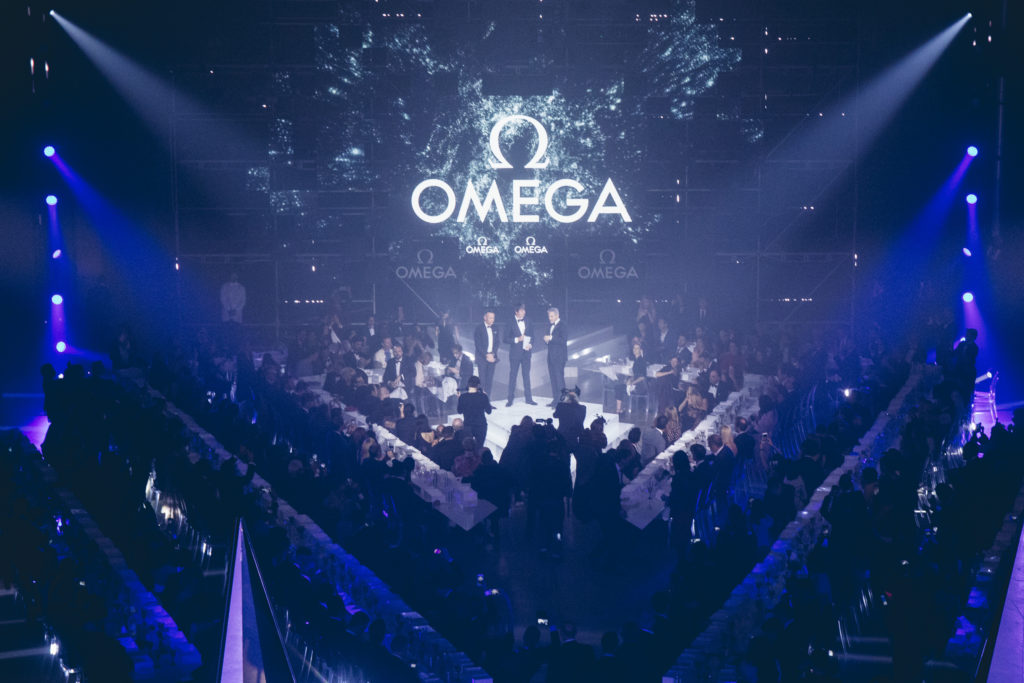 Raynald Aeschlimann, the President and CEO of OMEGA, was the first on stage and welcomed guests to the event with his thoughts about the brand’s most well-known chronograph.

“The Speedmaster is one of the most, if not the most, iconic chronographs in the world. Not only for OMEGA, but for the many men and women who have worn and trusted it. Even after 60 years, its power and charisma has not diminished. We’re so proud to have an event of this scale and to share it with the Speedmaster’s biggest fans.” 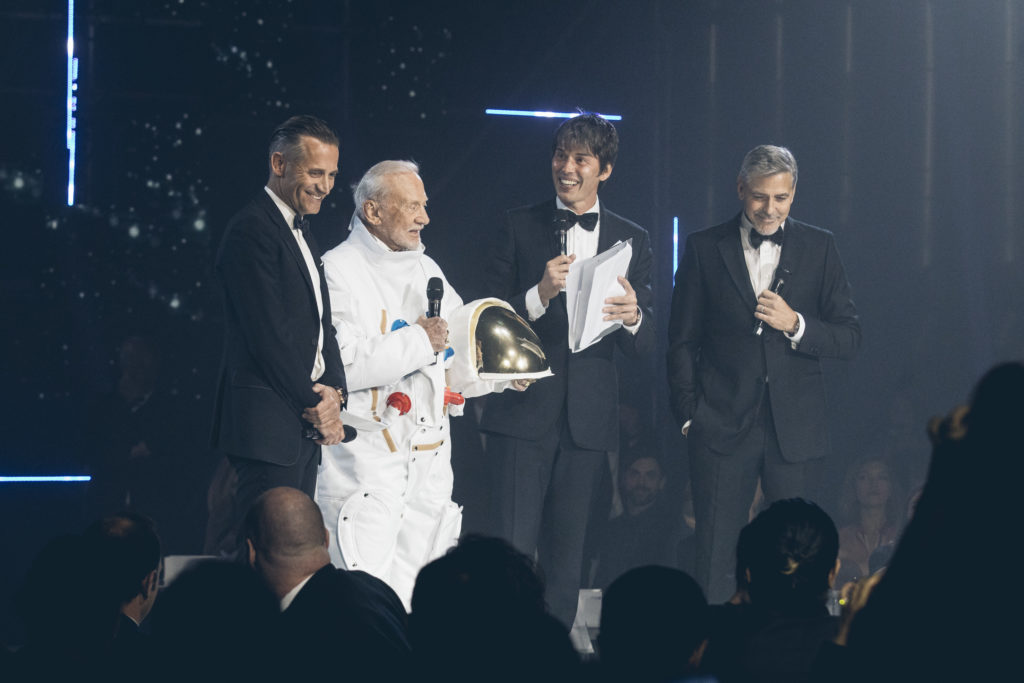 The OMEGA Speedmaster has enjoyed a long and varied history. The original model was the first watch in the world with its tachymeter scale on the bezel. Since then, the design has lasted the test of time, and it has been worn by astronauts, Air Force pilots, explorers, athletes and actors, as well as a growing community of fans from all around the world.  Most famously, as part of Apollo 11 in 1969, Buzz Aldrin stepped onto the lunar surface and, in that moment, the OMEGA Speedmaster became the first watch ever worn on the moon. 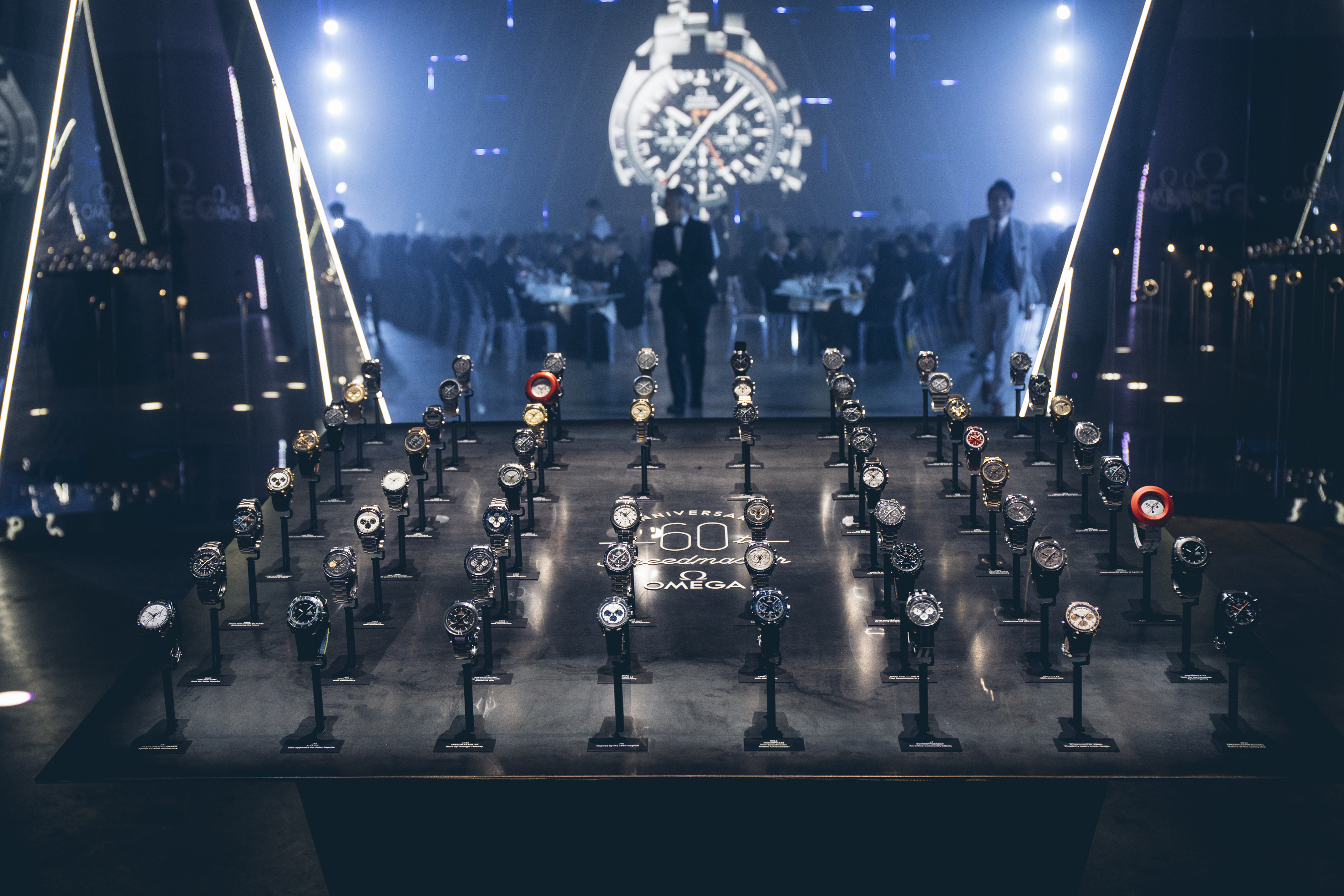 48 years later, Buzz appeared spectacularly in a spacesuit on OMEGA’s stage. After a great applause, he later recounted his memories of his time in space.

“We weren’t scared. More so, we were proud to have been able to represent everyone and to have the skills and the knowledge to carry out something that was very meaningful to us as astronauts, of course, but also to so many other people.”

Standing alongside Buzz was the renowned actor George Clooney, who is not only a dedicated Speedmaster follower, but also a lifelong fan of space exploration. Since childhood, the Apollo missions and the OMEGA Speedmaster have been amongst his most treasured memories. 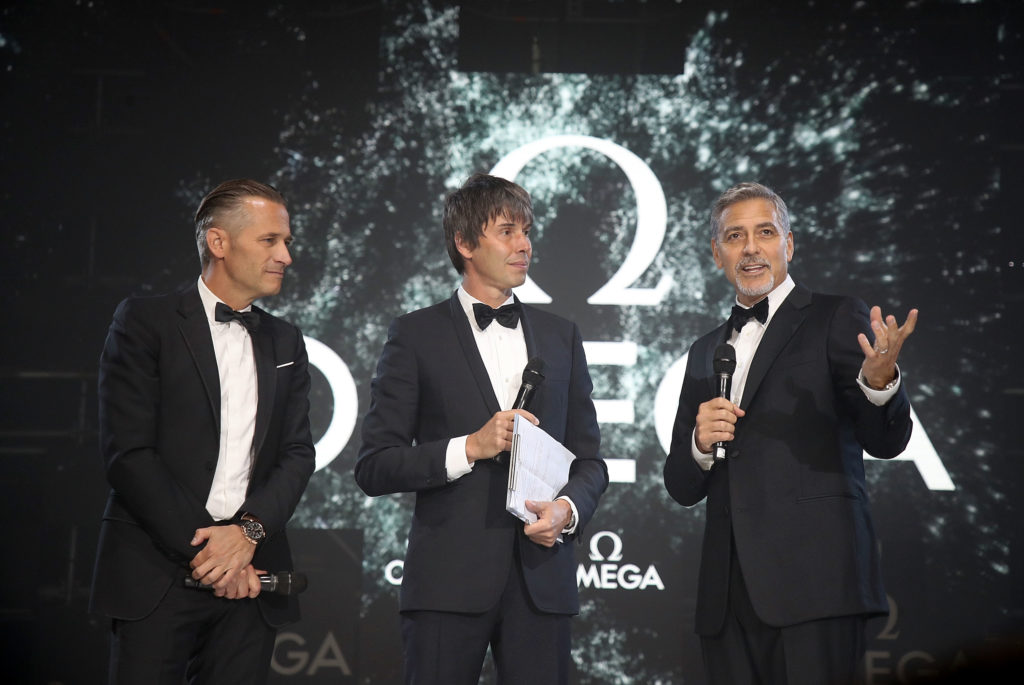 It has been more than 50 years that the OMEGA Speedmaster has been relied upon as an essential tool in space. In 1965, the watch was officially tested and qualified by NASA for all manned space missions. The man in charge of that process, ex-engineer James Ragan, was also at the event in London and spoke to guests about the Speedmaster’s reputation within NASA.

“Of all the watches we tested in 1965, the Speedmaster was the only one that passed all the tests. The others got eliminated in the very first test. So it has a very good reputation with NASA and even today is still used in space. That says a lot about the watch.” 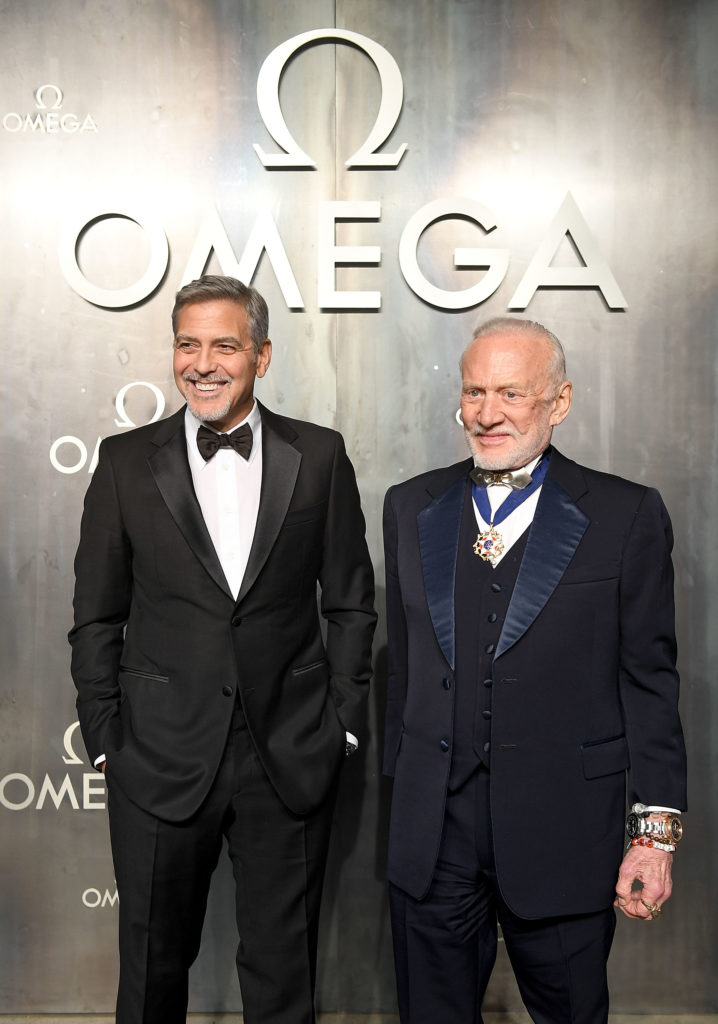 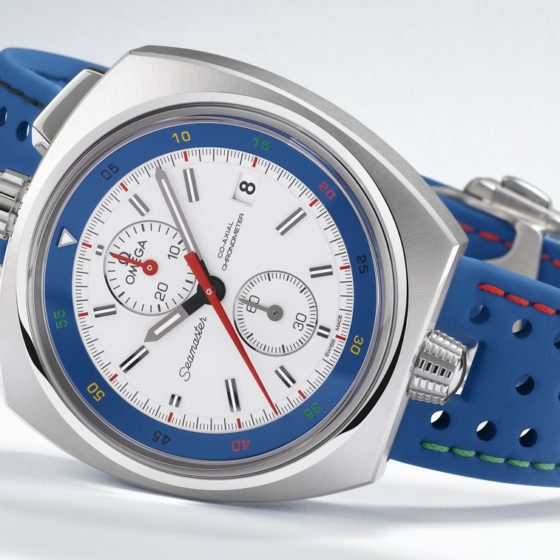 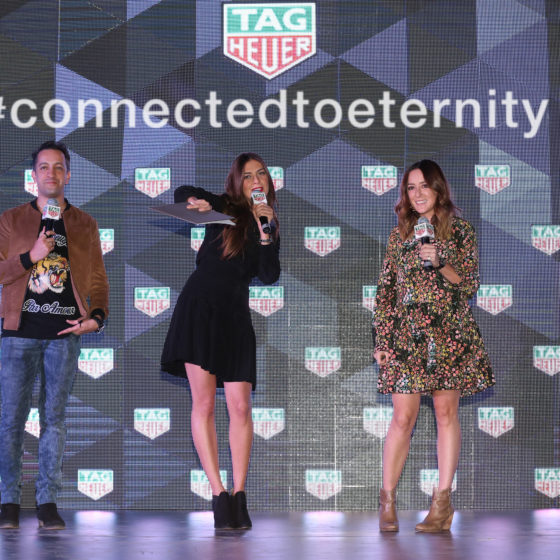